9 cops detain 1 US teen for refusing to use sidewalk 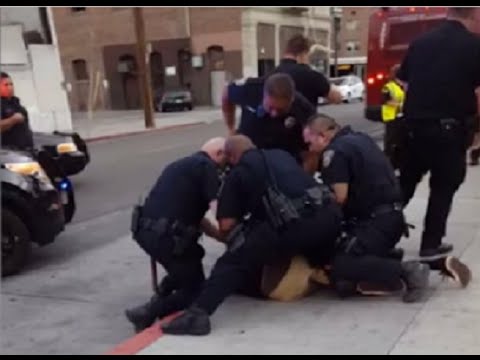 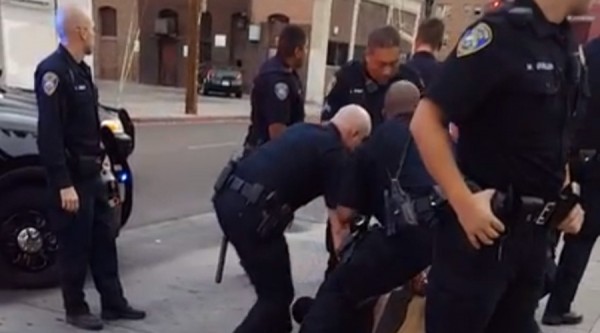 A US teenager has been detained with the use of force and hit several times for what witnesses described as jaywalking in Stockton, California. The 16-year-old boy was charged with trespassing and resisting arrest.
Early Tuesday morning, the teen was walking near the city’s bus depot, when a Stockton Police officer saw him. The video of the interaction begins with the cop restraining the young man and then starting to beat him with the baton.

“It’s a f**cking kid!” someone in the group of onlookers keeps shouting as the situation unfolds. “Get off him! He’s been jaywalking! Leave him alone, he didn’t do anything wrong!”

“Stop resisting!” the cop shouts, not paying any attention.
Because of the gathering crowd and what the police described as the boy resisting arrest, the cop called for backup, bringing available officers who were in the vicinity to the scene, Joseph Silva, the department’s public information officer, told RT.

Four police officers came up to the teen and wrestled him to the ground. Then another four law enforcers cordoned off the scene from the public.

In the end, there were nine officers involved in detaining the boy. Finally, the teenager was handcuffed and marched off to a police car. He was brought to the police station where he was charged with trespassing in violation of the city’s municipal code and resisting arrest. The 16-year-old was released to his mother that day.