America is Now Fighting a Proxy War Against Itself in Syria 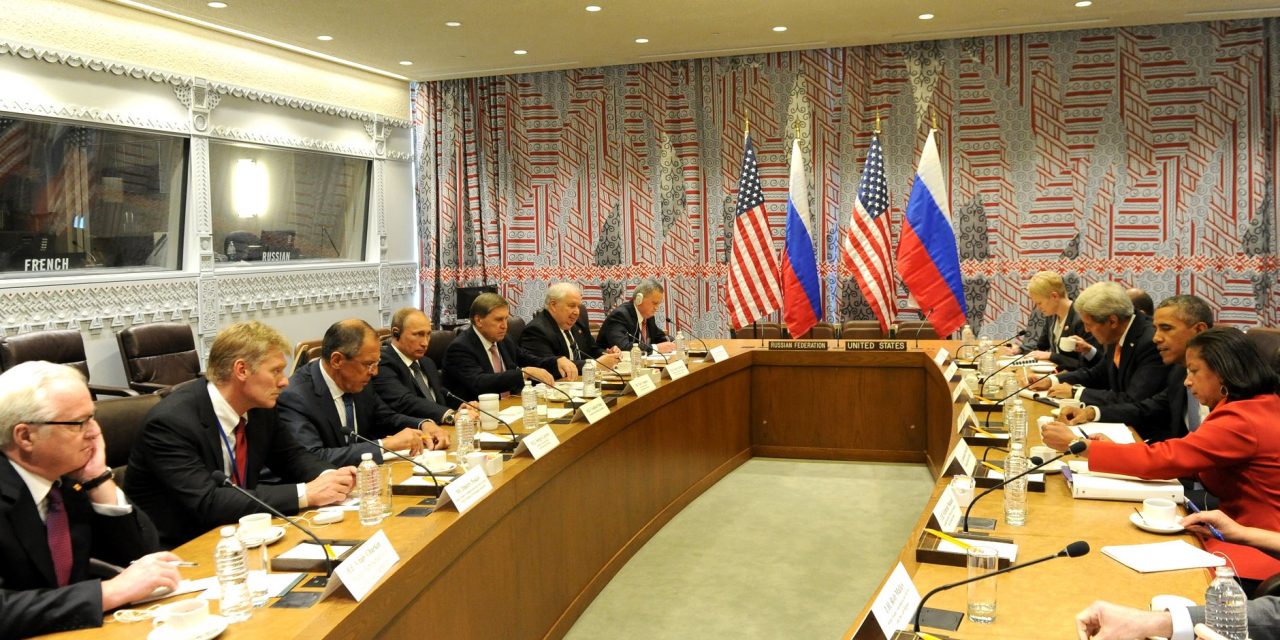 (ANTIMEDIA) Darius Shahtahmasebi — Whether or not the U.S. has any leverage over what is currently unfolding in Syria has become increasingly unclear in the last couple of weeks.

First, on August 19, U.S. troops came under fire from Syrian warships in Northern Syria. The U.S. responded by warning their Russian and Syrian counterparts to stay clear of the territories they are operating in or risk being shot down. Apparently, following the incident, a number of Syrian jets were tailed by U.S. bombers but had no idea they were being followed, meaning they could have been shot down at any moment.

Then, America’s most pro-interventionist ally in the region, Turkey, decided to take full advantage of this situation by launching a small invasion into Syrian territory – with American permission, of course. It turns out you don’t need permission from the country you are invading to send in ground troops, tanks and warplanes … as long as you have permission from the world’s superpower.

The problem with the Turkish invasion is that the focus was never going to be on ISIS, given that Turkey’s policies have actually enabled and supported ISIS in a number of ways. Turkey’s main agenda in launching an incursion into Syrian territory has been, first and foremost, to reverse Kurdish territorial gains, and secondly, to establish itself militarily within Syria so it can affect the outcome of the Syrian civil war.

Turkey’s offensive comes in tandem with rebel groups on the ground backed by both Ankara and Washington. One of those groups is Nour el-din el-Zinki, who claimed they captured a village in Northern Syria and took two Kurdish prisoners. This is the same group that reportedly beheaded a Palestinian boy as young as ten.

As the Turks and their allies target the Kurdish-led forces in the region, the Syrian Democratic Forces (SDF) haveresponded by attacking a U.S.-backed rebel battalion Furqa al-Sultan Murad.

The most confusing aspect of this is the fact that the groups currently fighting each other both receive funding and backing from Washington. The Kurds have even been designated the most effective fighting force on the ground in the fight against ISIS, yet Washington has enabled them to be completely bombarded by Turkish forces for some time now. The U.S. has also warned the Kurdish forces that they must cede control of areas that they had seized from ISIS fighters in recent developments and retreat back to the Eastern side of the Euphrates River, which only further confuses U.S. official strategy (if there is one).

RT’s video agency, Ruptly, has filmed Kurdish militia on the front lines of the battlefield of Aleppo, where al-Qaeda-affiliated groups al-Nusra and al-Sham are currently launching a bloody offensive. Turkey’s attempts to weaken the Kurds will, therefore, work in favor of these terror organizations, which are at risk of losing Aleppo to the Syrian regime. Whoever wins Aleppo will undoubtedly win the civil war in Syria, making it a key battleground.

Neither Washington or Ankara wants Aleppo to fall into the hands of the Syrian regime.

Or is it the case that chaos benefits Washington? The fact remains that by backing all parties to the conflict (including Turkey), the U.S. still has considerable control over what is occurring on the ground, even though the layperson observes absolute chaos. The U.S. (secretly) supported both sides of the Iran-Iraq war in the 1980s. During the Israel-Hamas war in 2014, the U.S. provided $212 million in aid to the Gaza strip. While this was most likely a P.R. stunt to try to quell criticism that the U.S. is ultimately responsible for Israel’s policies of mass death and destruction, it doesn’t change the fact that once the money was handed over, the U.S. would have had little control over how that money was spent.

While it looks like the U.S. has a backwards, counter-productive, and almost non-existent strategy within Syria, the opposite could not be more true. U.S. and British forces are now operating inside Syrian territory and have established themselves with very little resistance. Turkish forces have joined them and are now working to counter one of the biggest threats to ISIS expansion — the Kurds — meaning ISIS and other like-minded jihadist groups will be able to continue to expand at the expense of the Syrian regime.

Most importantly, the U.S. has established a quasi-no-fly zone within Syria where they have given themselves the authority to shoot down Syrian warplanes. This could lead to an all-out confrontation with Syria and Russia. The more the West expands this no-fly zone — which is not ‘officially’ a no-fly zone — the less momentum the Syrian regime will have in operating on its own battlefield. Sooner or later, one of these players is going to pull the trigger on the other.

What could possibly go wrong?

This article (America Is Now Fighting a Proxy War Against Itself in Syria) is free and open source. You have permission to republish this article under a Creative Commons license with attribution to Darius Shahtahmasebi and theAntiMedia.org. Anti-Media Radio airs weeknights at 11 pm Eastern/8 pm Pacific. If you spot a typo, please email the error and name of the article to edits@theantimedia.org.