Based Russian Embassy Tweets Pepe the Frog at Theresa May 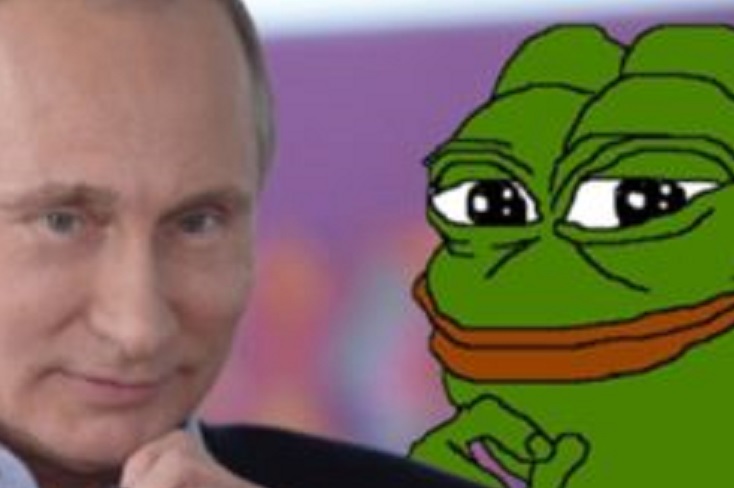 The Russian embassy in London has hilariously outraged liberals by tweeting the controversial Pepe the Frog meme to troll British Prime Minister Theresa May.

The meme, originally from an online comic called “Boy’s Club” by Matt Furie, is widely used by supporters of Donald Trump, and the basket of deplorables.

On Saturday, Trump had tweeted that he was looking forward to meeting with May, adding Britain, “a long time U.S. ally, is very special.” According to Breitbart News, she is set to be the first European leader to meet with the president-elect following his inauguration.

While many found the response from the embassy hilarious, they are now facing a slew of online backlash from commentators, who are probably “literally shaking,” while declaring that the Russian government just used a “white supremacist” symbol.

The smug frog was labeled a Nazi symbol by Hillary Clinton during her campaign, a move which was widely mocked.

“Donald Trump, Pepe the Frog, and White Supremacists: An Explainer,” an article posted to her campaign website was headlined, continuing, “That cartoon frog is more sinister than you might realize.”

Pepe, an anthropomorphic frog, is a popular meme that originated on 4chan message boards, along with many other popular memes from Doge to Scumbag Steve. It is widely used across party lines by those who enjoy internet culture.

Soon after Clinton began her war on memes, the Anti-Defamation League labeled the cartoon frog a hate symbol.

“The majority of uses of Pepe the Frog have been, and continue to be, non-bigoted. However, it was inevitable that, as the meme proliferated in on-line venues such as 4chan, 8chan, and Reddit, which have many users who delight in creating racist memes and imagery, a subset of Pepe memes would come into existence that centered on racist, anti-Semitic or other bigoted themes,” the ADL wrote of the frog.

While it has become a sort of unofficial mascot for those in the alt-right, they are not the only ones who use it — just like the memes featuring Harambe.

During the election season, Donald Trump Jr. also came under fire for tweeting a rare Pepe, which he never took down.

President Obama expels 35 ?? diplomats in Cold War deja vu. As everybody, incl ?? people, will be glad to see the last of this hapless Adm. pic.twitter.com/mleqA16H8D

The London embassy recently made headlines with a tweet of a duckling and the word “lame” in response to President Barack Obama expelling 35 Russian diplomats.

To whoever is running the social media over there: don’t ever change.