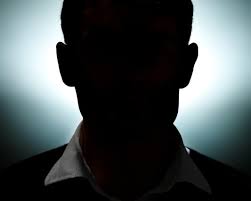 The same day House Intelligence Committee chairman Devin Nunes gave a press conference stating that Trump and his transition team were under “incidental surveillance,” Attorney and founder of Judicial Watch, Larry Klayman, sent a formal letter to the House Committee on Intelligence demanding they investigate the claims and evidence more than 40 hard drives over 600 million pages of information presented under oath at the FBI Field Office In Washington, DC by his client – CIA/NSA Whistleblower Dennis Montgomery.

Klayman claimed in a Newsmax report that Montgomery, “holds the keys to disproving the false claims that there is no evidence that the president and his men were wiretapped,” however Montgomery’s case was largely ignored.

“When Montgomery came forward as a whistleblower to congressional intelligence committees and various other congressmen and senators, including Senator Charles Grassley, Chairman of the Senate Judiciary Committee, who, like Comey, once had a reputation for integrity, he was “blown off;” no one wanted to even hear what he had to say,” the letter said.

This resulted in Montgomery contacting Attorney Klayman, who then approached the FBI:

“Under grants of immunity, which I obtained through Assistant U.S. Attorney Deborah Curtis, Montgomery produced the hard drives and later was interviewed under oath in a secure room at the FBI Field Office in the District of Columbia. There he laid out how persons like then-businessman Donald Trump were illegally spied upon by Clapper, Brennan, and the spy agencies of the Obama administration.

Montgomery left the NSA and CIA with 47 hard drives and over 600 million pages of information much of which is classified. He sought to come forward legally as a whistleblower to appropriate government entities, including congressional intelligence committees, to expose that the spy agencies were engaged for years in systematic illegal surveillance on prominent Americans, including the chief justice of the Supreme Court, other justices, 156 judges, prominent businessmen such as Donald Trump, and even yours truly. Working side by side with Obama’s former Director of National Intelligence (DIA), James Clapper, and Obama’s former Director of the CIA, John Brennan, Montgomery witnessed “up close and personal” this “Orwellian Big Brother” intrusion on privacy, likely for potential coercion, blackmail or other nefarious purposes.

He even claimed that these spy agencies had manipulated voting in Florida during the 2008 presidential election, which illegal tampering resulted in helping Obama to win the White House.”

Allegations made by Montgomery claim that there was a, “systematic illegal surveillance on prominent Americans, including the chief justice of the Supreme Court, other justices, 156 judges, prominent businessmen such as Donald Trump.”

Montgomery’s claims aren’t new, as other whistleblowers have alleged the same. Former head of the NSA’s digital spying team William Binney also came forward. Binney disclosed as fact the U.S. was spying on everyone in the U.S. and storing the data forever, and the U.S. was quickly becoming an Orwellian state. The Feds tried to intimidate him into shutting up:

“Numerous FBI officers held a gun to Binney’s head as he stepped naked from the shower. He watched with his wife and youngest son as the FBI ransacked their home. Later Binney was separated from the rest of his family, and FBI officials pressured him to implicate one of the other complainants in criminal activity. During the raid, Binney attempted to report to FBI officials the crimes he had witnessed at NSA, in particular the NSA’s violation of the constitutional rights of all Americans. However, the FBI wasn’t interested in these disclosures. Instead, FBI officials seized Binney’s private computer, which to this day has not been returned despite the fact that he has not been charged with a crime.

On top of prior allegations, Russ Tice also alleged that the Obama administration tapped judges and SCOTUS. Tice continued to Sibel Edmond’s BoilingFrogsPost and said they even “tapped members of Congress and the military.”

This means that Montgomery may have already had his evidence collaborated twice.

The FBI had Montgomery’s testimony and evidence for over two years and did nothing despite having the holy grail of “intrusion on privacy, likely for potential coercion, blackmail or other nefarious purposes.”

An additional claim was made by Tice to former RT host of Breaking The Set Abby Martin, that the Obama administration allegedly was “blackmailing officials” including former President Obama himself. Tice alleged that Obama was tapped back in 2004 as a Senator and that he saw the order.

“In the summer of 2004, one of the papers that I held in my hand was to wiretap a bunch of numbers associated with a forty-some-year-old senator from Illinois. You wouldn’t happen to know where that guy lives now would you? It’s a big White House in Washington D.C. That’s who the NSA went after. That’s the President of the United States now,” Tice said.

Last Thursday, March 16th, 2017 – Klayman traveled to Washington DC. He was to meet with House Intelligence Chairman Devin Nunes. He hoped that Nunes would listen and ask FBI Director, Comey, why the FBI failed to pursue Montgomery’s evidence.

However, when Klayman arrived to speak with Nunes, he was “blown off” and referred to committee attorney, Allen R. Souza – who Klayman then requested brief Nunes on the information.

During my meeting with House Intelligence Committee counsel Allen R. Sousa I politely warned him that if Chairman Nunes, who himself had that same day undercut President Trump by also claiming that there is no evidence of surveillance by the Obama administration, I would go public with what would appear to be the House Intelligence Committee’s complicity in keeping the truth from the American people and allowing the FBI to continue its apparent cover-up of the Montgomery “investigation.”

To this day, this is where it currently stands. The big question: will House Intelligence Committee Chairman Nunes do his job and hold FBI Director Comey’s feet to the fire about the Montgomery investigation?

On Wednesday, March 22nd, 2017 – on an unrelated front; House Intelligence Committee Chairman Devin Nunes noted that he did not know whether the “incident collection” of communications of Trump associates happened at Trump Tower. Nunes could not definitively say whether Trump’s communications were directly collected.

Multiple sources continue to confirm that a massive storm of scandal is brewing. The previous Obama administration is involved and could potentially result in the arrest of several Obama-era officials swallowed in this ‘storm of scandals’ path.

Grab your popcorn! The fireworks have been set and are about to go off in Washington D.C. Even Bob Woodward has confirmed what we are hearing from the confines of the intelligence community and military, “there is a real serious problem for the people in the Obama administration.”

Woodward, who made a name for himself covering Watergate stated that there are around 20 people in the 16-agency intelligence community who can order the unmasking, or “minimization,” of individuals. Further, Trey Gowdy questioned FBI Director James Comey probing into who leaked General Flynn’s identity to the media. Comey stated that “Obama political appointees had the ability to ‘Unmask’ American citizens.”

“You can learn all kinds of things from diplomats gossiping because that’s what occurs. Under the rules, and they are pretty strict, it’s called minimization. You don’t name the American person who is being discussed,” Woodward said.

“It’s, again, down the middle, it is not what Trump said, but this could be criminal on the part of people who decided, oh, let’s name these people.”

“Under the rules, that name is supposed to be blanked out, and so you’ve got a real serious problem potentially of people in the Obama administration passing around this highly classified gossip,” Woodward added.

Klayman’s full letter is below: 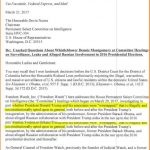 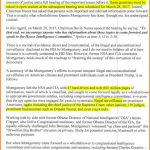 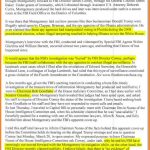 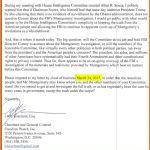