Ecuadorian Frontrunner Wants to Gag Assange From Exposing US Corruption 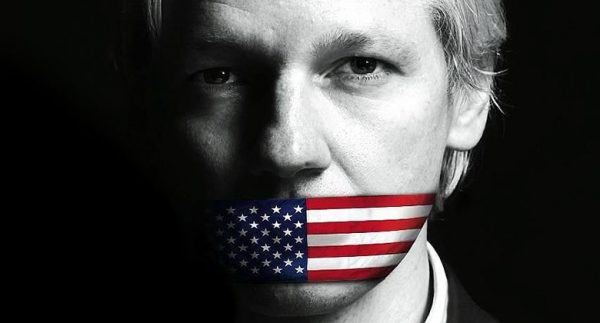 MOSCOW (WeAreChange) — Ecuadorian presidential front-runner Lenin Moreno has told RT.com that Julian Assange “meddled” with the US presidential election and as such intends to prevent him from revealing further corruption about the United States for the duration of his stay at the embassy.

Ecuadorian front runner tells Russia Today that he plans to gag Assange from revealing futher corruption about US https://t.co/QaKD06RLei

“We granted Assange political asylum because his life was in danger. We don’t have the death penalty in Ecuador. We saw that a citizen of the world – it doesn’t matter who he is – was in danger. That’s why we granted him asylum and it was by and large preserved. I say ‘by and large,’ because it all could have been done more competently by the country on which territory he is now. One thing that is clear is that Assange will have to reduce meddling in the policies of the nations we have friendly relations with,” Moreno said in an exclusive interview with RT Spanish.

Moreno accused Assange of having “meddled with the election campaign in the United States” and that “one shouldn’t do that while [staying] at the embassy,” Moreno said.

“If you invite me to your place, I shouldn’t say bad things about your friends. If you give me shelter and I enjoy your hospitality, I should also show you respect,” said Moreno, a former nominee for the 2012 Nobel Peace Prize.

He pointed out that when Assange was offered political refuge in the embassy, no conditions were set.

“But [now] we will set them,” he said. “And one of the conditions will be to not meddle into the policies of the countries we are friends with. The same as we do not meddle in their policies. Every country has the right to self-determination and sovereignty,” he said.

“And one of the conditions will be to not meddle into the policies of the countries we are friends with. The same as we do not meddle in their policies. Every country has the right to self-determination and sovereignty,” he said.

If the WikiLeaks co-founder and editor fails to comply with those conditions, Moreno said there may be changes to the status of Assange’s future asylum.

“We would have to think about that, but as I’ve said, I’m a proponent of dialogue, and we will discuss everything.”.