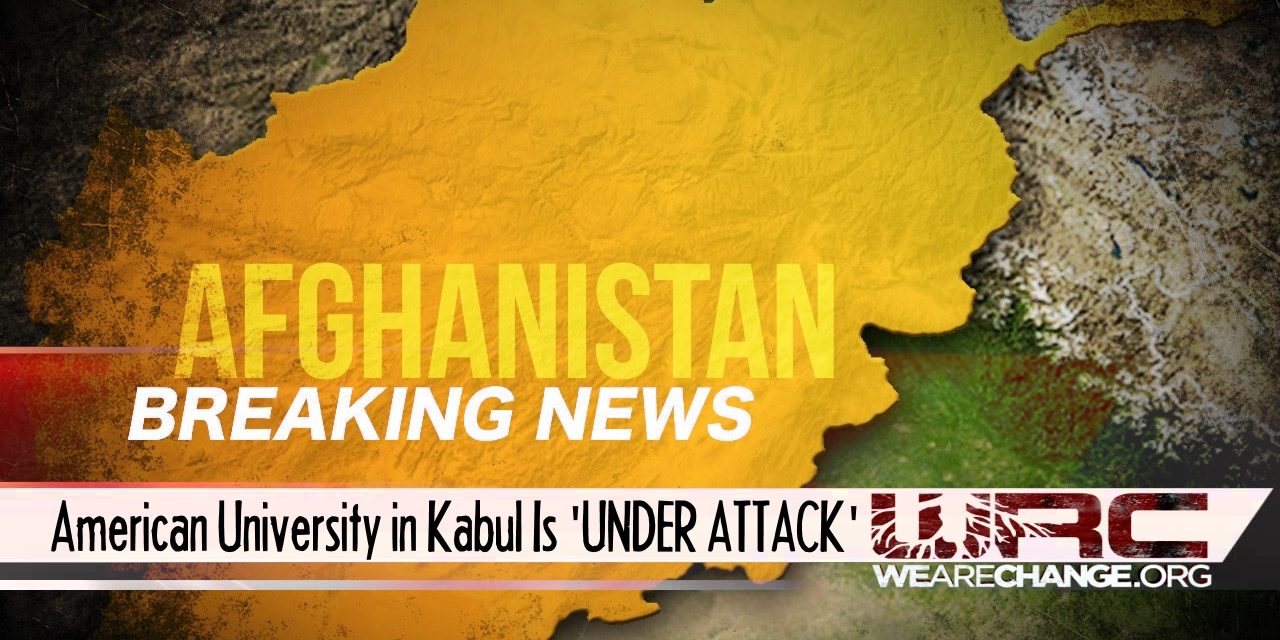 Armed men have attacked the American University in the Afghan capital Kabul, officials have confirmed. Official’s say  Hundreds of people, including foreign staff, are stuck inside, as government forces have encircled the campus.

“Several gunmen attacked the American University in Kabul and there are reports of gunfire and explosions,” an interior ministry official told Reuters. “They are inside the compound and there are foreign professors along with hundreds of students.”

Local network TOLOnews reported there was an initial explosion before the gunmen infiltrated the high-walled campus, located in a relatively secure and upmarket part of Kabul.

“Help we are stuck inside,” tweeted Massoud Hossaini, an AP photographer. “These may be my last tweets.”

#AUAF is targeted, some of buddies were escaped one of my ex- colleague has stuck on inside building.

#AF: " Don't kill me I'm very innocent " one my friend who stuck inside of Afghan American he is v educated guy just shortly return to AFG

Twitter eyewitnesses said that some students were able to make it out in time, as soon as they heard the blast, while others were locked down in their classrooms and offices. 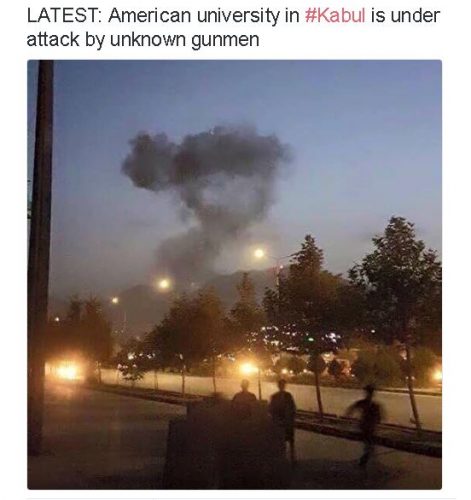 View image on Twitter
Afghanistan’s 1TV news reported that there were “multiple” dead and wounded on campus. The channel also cited eyewitness reports claiming that some of the attackers may have entered Noor Hospital, located next door to the educational facility.

The American University of Afghanistan was established in 2006 with the help of US funds and remains the country’s leading private university. All classes are taught in English, and there are currently over 2,000 students enrolled.

Earlier this month, two professors, an American and an Australian citizen, were kidnapped from its campus. 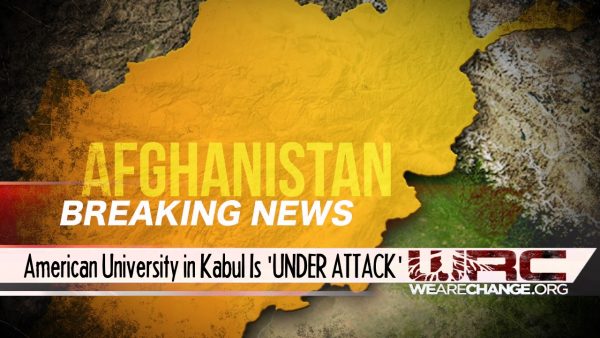 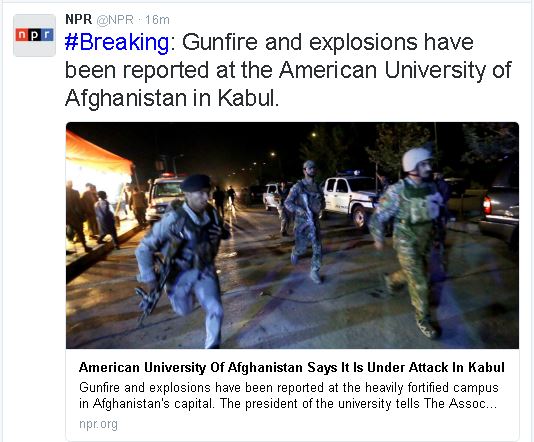 AT POSTING THIS WAS A LIVE HOSTAGE SITUATION;