WRC EXCLUSIVE: Could Brexit Cause the Sterling and EU to Collapse? 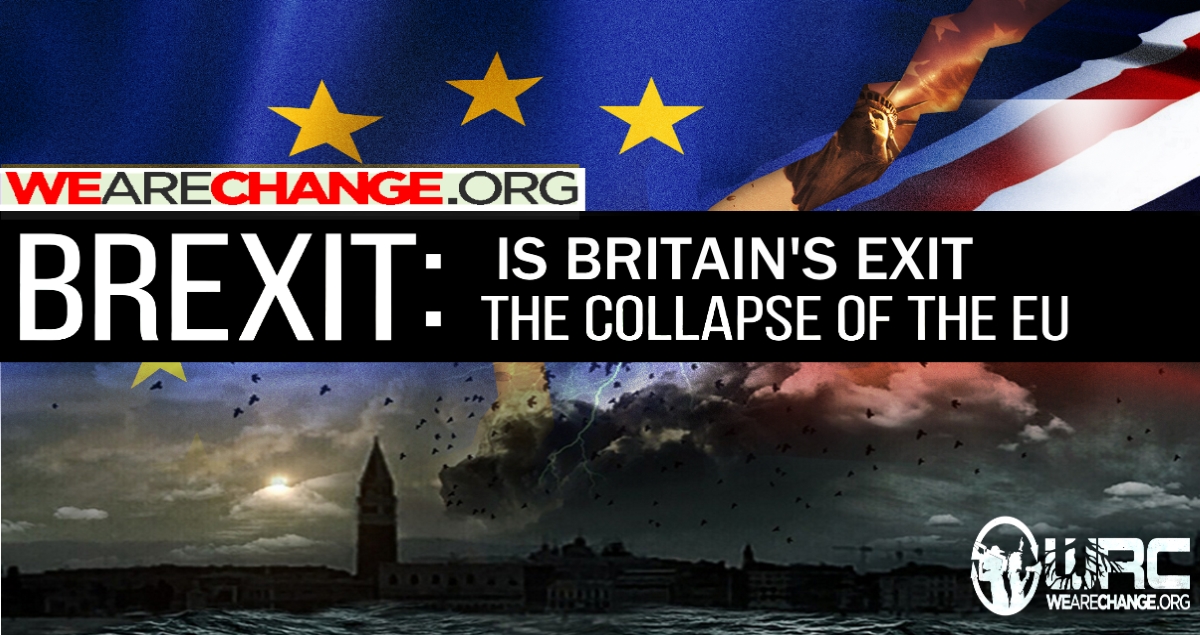 Brexit = Britian’s Exit From the European Union (an idea not liked by the globalist) for obvious reasons.

The British referendum to leave the European Union looms and many sources in the media and my own private ex-Wall Street banker source who we will call “Rich” are chirping about the possibility of putting the final nail in the coffin of the European Union.

This same source accurately warned prior to the Black Monday event prior to any market crash happening. This is documented by several tweets I posted about the warning last August with one spicy tweet after another. Rich claims to have predicted this by watching the markets lose 888 points in a record of 2 days which he said was historic .

Although, he previously warned that a full collapse of the U.S. dollar was going to happen between Sept-October last year and that didn’t come to fruition right now he is 1-1 with his predictions. He’s now warning along with others in the finance industry including Xavier Rolet the HEAD CEO of the London Stock Exchange  that if the Brexit happens and Britain leaves the European Union as a result this could cause the collapse of the British pound. Possibly putting the rest of the UK into a recession or depression. Perhaps this is why George Soros is reportedly dumping stocks and buying gold. 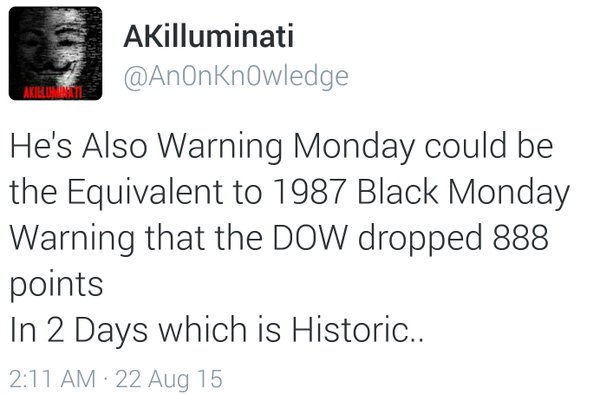 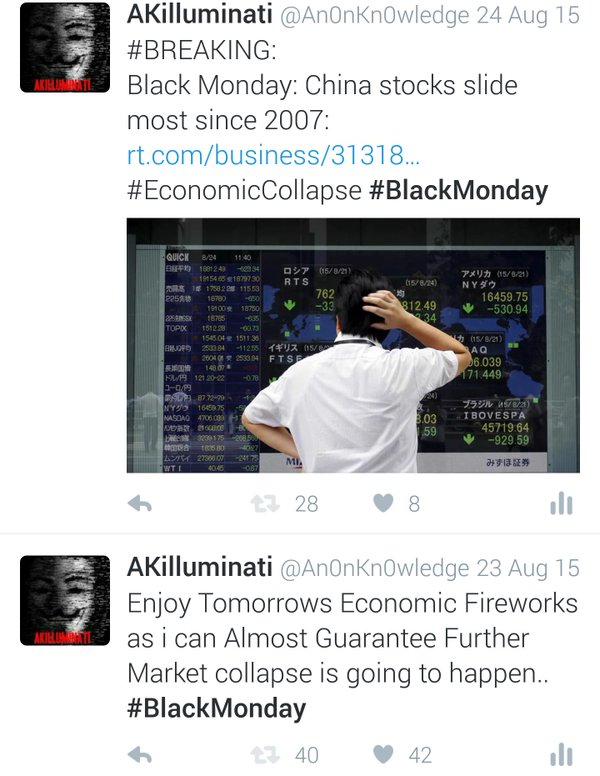 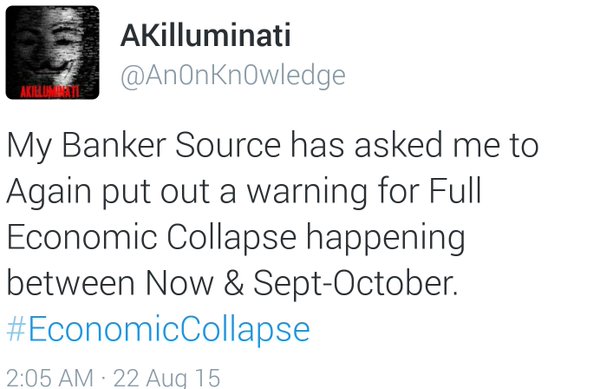 “Europe is buried under so much debt and has structural issues, We see the Capital Markets Union (CMU) as not just the hope, but the last hope for the European project.”
~Xavier Rolet

I am loathe to fear monger, and I don’t think the alternative media should stoop to the levels of the mainstream media.  I’m not telling you to put your entire life savings into gold or buy some product. This information is to inform you not scare you.
But realistically its highly probable that an exit from the European Union could cause the British pound to spiral, sending investors into a frenzy. Not to mention if Britain left
the EU other countries could follow in a domino effect quite quickly!

The pound has already been struggling and the economy itself is volatile with the Sterling showing signs of weakness prior to the Brexit referendum. It’s also interesting to note that before the Scottish Referendum in 2014 which received a “NO” vote to Independence , the Sterling was seen plunging in value.

In February earlier this year, the sterling plunged further then during the Scottish referendum for Independence from the EU.  The National Institute of Economic and Social Research has even said the pound could slump by 20% against other currencies. The credit agency Moody’s has also expressed concerns that Brexit may trigger a collapse of the fragile EU issuing a statement, saying that “even if the UK votes to stay in the EU a small crisis could threaten the EU’s Sustainability.” And of course the opportunistic George Soros opted for a gold haven saying Brexit would spell end of EU . Soros has also returned to the markets after an exodus and he’s betting on Economic turmoil .

What’s more, the President of Poland Andrzej Duda, is warning that The European Union may collapse if Britain leaves.  But considering the New World Order backbone is Europe, perhaps the European Union needs to fully collapse.

The European Union was setup by the very interest that want a New World Order lineage of family bloodlines. Accused Pedophile Ted Heath first elected to take Britain into
the European Union without a referendum in 1973.

Heath lied – there were prior discussions of setting up a One European Currency in 1955 at the mysterious Bilderberg as we already reported earlier in the week. Since Bilderberg, is meeting today and they will be discussing Brexit the exiting of the European Union why shouldn’t we common folks be talking about the possible implications of Brexit?

Brexit would mean a free Europe reversing the illegal entry in the European Union in 1973 and over 40 years of lying to the British public.