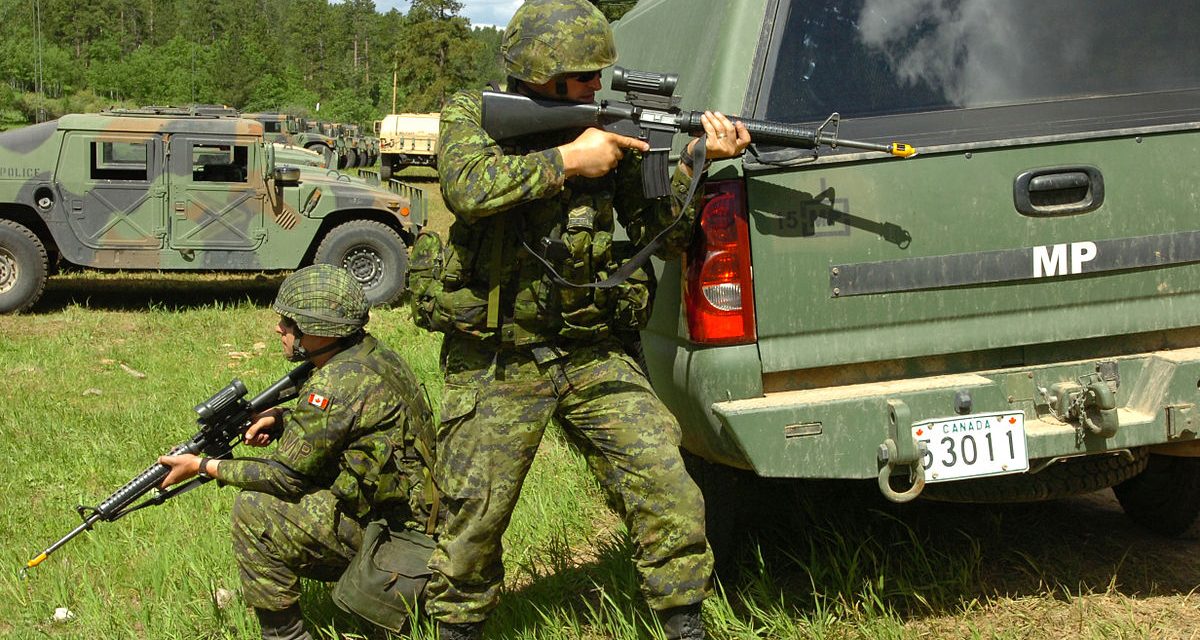 The Canadian government has officially announced the extension of their military training mission in Ukraine until 2019, despite some Russophobes warning of possible future interference.

Canadian Foreign Affairs Minister Chrystia Freeland announced yesterday that Canada was officially extending the timeline of their military’s presence in Ukraine until March of 2019.

Freeland told reporters that “The purpose of the UNIFIER operation is to support Ukraine forces by providing military instruction and capacity building in order to maintain the sovereignty of Ukraine.” She then went on to say that Ukraine is “an important partner to Canada” and that her government would “continue to support its efforts for democracy and economic growth.”

The presence of 200 Canadian troops, who were deployed under Conservative leadership prior to Justin Trudeau, is in Freeland’s words aimed at countering “further Russian aggression.”

These views were echoed by Canadian Defense Minister Harjit Sajjan who said his country would “continue to advance democracy, human rights and rule of law and military assistance.” Since Canada is also backing US and European claims that Russia is controlling rebels in east Ukraine, Sajjan said it was somehow in Canada’s interest to provide crucial assistance “for a sovereign, secure and stable Ukraine.”

Canada is one of the original partners with the US and the U.K. that originally sent troops to support the junta government in Kiev in 2015, following the Russian annexation of Crimea. Canada also has troops alongside US forces in Latvia as well as a Navy frigate in the Black Sea patrolling with the US led NATO mission there.

Sajjan said these actions were justified in “sending a strong message of deterrence” to Russia. Since 2015, Canada has been involved in training somewhere around 3,200 Ukrainian soldiers. The Canadian plan to continue to prop up the increasingly embattled government Kiev is of course being applauded by NATO but has raised some concerns even among the officials announcing it yesterday.

Warnings of “Russian Interference” in Canada

Freeland, who has a Ukrainian grandfather and is actually barred from entering Russia, in the same press conference warned that Canada may need to expect Russian interference similar to the kind US intelligence said took place during the presidential elections.

Freeland parroted the US intelligence community line that it is apparently “public knowledge that there have been efforts…by Russia to destabilize the U.S. political system.” Accepting that statement as true is what most likely lead Freeland to say that she thinks “that Canadians and, indeed, other Western countries should be prepared for similar efforts to be directed at us.”

Sajjan also blamed Russia for illegally interfering in western countries and said it was their “actions that has caused us to do this — Crimea, Ukraine and some of the other actions that they have taken…It is their action(s) that are making us respond in this manner.” Kiev was originally seeking weapons from Canada, rather than an extension of the training operation, by either way the Ukrainian ambassador Andriy Shevchenko seemed pleased and said the new commitment sent “very powerful message of global leadership in dealing with global threats.”

However, Shevchenko and Freeland agreed that, despite this concern, Canada is “strong enough to defend against that kind of information attacks.”

Russia’s Canadian embassy released a statement shortly after the announcement warning that “The Canadian government’s decision to extend the military mission in Ukraine is counterproductive and does not facilitate intra-Ukrainian political process, including direct dialogue between Kiev and Donbas, as prescribed by the Minsk accords.”

Russia’s statement went on to state that if Canada is going to be involved at all, the only role they should be filling is to convince their allies in Kiev to abide by the Minsk peace accords they signed on to but have continued to violate. This would include getting Kiev to reign in their right wing paramilitaries, who have been denounced by western partners but still have free reign over sections of the front line in east Ukraine.

Canada is now obviously following the US line that all the problems in Ukraine (as well as their own possible future problems at home) are all the fault of the Russian boogeyman. As we’ve covered before, when it comes to Ukraine, even the “Russian puppet regime” of Donald Trump continues to hold up the unpopular oligarch junta in Kiev, even if that means lying to the international community. Now it seems as if Canada is apparently ready to whole heartedly jump on the Russian scapegoat bandwagon as well.