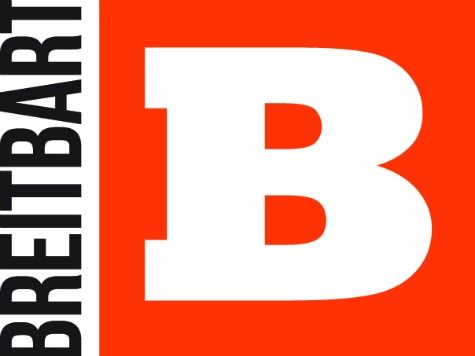 In a frontal assault on free speech and freedom of the press, Apple has removed the app of the populist news site Breitbart News from their app store.

UPDATE: Breitbart News is now back in the Apple App store.

Breaking: Looks like Apple has removed Breitbart from their app Store

Breitbart.com was ranked as the 28th most viewed site on SimilarWeb’s Top 100 U.S. Media sites list in October, with over 168 million views. Some of Breitbart’s readers took to twitter to express their anger at the app’s removal.

So, Breitbart News is no longer available in the App Store, but the app Hating Breitbart is?? @apple @applesupport Hypocrites much?

Its worth noting that Apple’s CEO Tim Cook was being considered by Hillary Clinton as a potential running mate for Vice President. Tim Cook also hosted a $50,000-per-Ticket Hillary Fundraiser raising money for the Hillary Victory Fund PAC.

Hillary Clinton previously attacked Breitbart News on the campaign trail saying it “shouldn’t have a right to exist.”

Clinton’s campaign also sent out a fundraising email arguing the website Breitbart News has no “right to exist,” and suggested that if she was elected, the website would have been shut down entirely, quite literally having her deputy communications director Christina Reynolds say that one of their campaign promises was to destroy Breitbart News.

“We’ve had a conservative media in this country for a while, I don’t always like what they have to say, but I respect their role and their right to exist. Breitbart is something different,” Reynolds said in a statement. “They make Fox News look like a Democratic Party pamphlet. They’re a different breed altogether not just conservative but radical, bigoted, anti-Muslim, anti-Semitic conspiracy peddlers who never have been and never should be anywhere near the levers of power in this country,”

We Are Change warned the public that one of Hillary Clinton’s goals was the eradication of the First Amendment via the labeling of political opposition as “hate speech.” It appears that Silicon Valley globalists like Apple CEO Tim Cook are trying to fulfill Clinton’s goal in the private sector now that they have been shut out of the government. Twitter has banned libertarians, conservatives, and Trump supporters, YouTube has shut down independent journalists like Mark Dice in the past, and Facebook recently promised to combat so-called “fake news.”

With CNN, the NYTimes, and the rest of the Wall Street owned mainstream media being exposed as propaganda on a daily basis, it seems the only way for globalist elite to control the flow of information is to label new media like We Are Change and others  as “Russian propaganda” or fake news and try to censor us altogether.

With the tech giants trying to control what Americans are and are not allowed to read, they may soon face antitrust lawsuits from the new Trump Administration.

Let’s hope President-elect Donald Trump cares as much about the First Amendment as he says he does.