Chinese Nukes Prepared in Response to Inauguration of Donald Trump 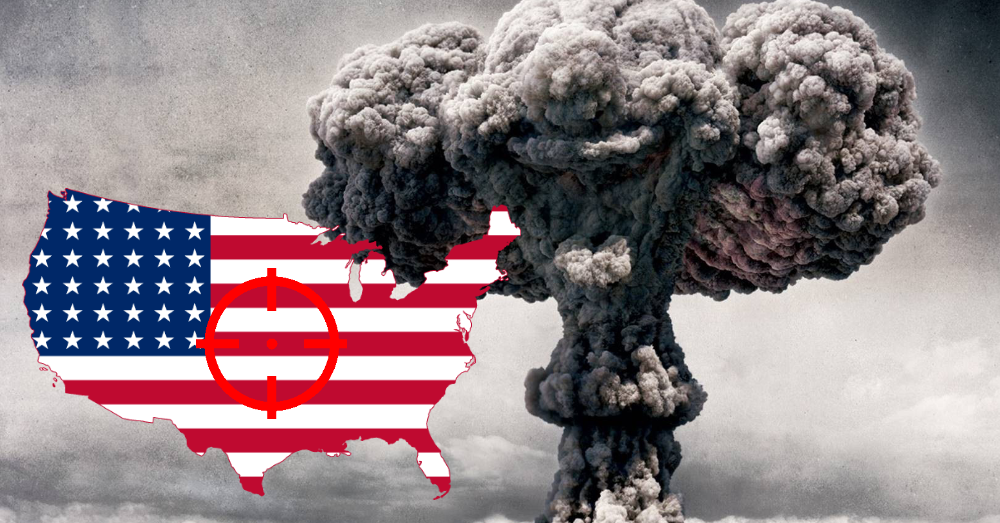 (via Jay Syrmopoulos of TFTP)

Xi Jinping’s gave a powerful speech at Davos, in which he essentially laid Chinese claim to the mantle of global neoliberalism, and now the Chinese are moving to project their power – believing that Trump’s “America First” doctrine has created a “superpower vacuum.”

Additionally, on Monday, a senior Chinese diplomat said that Beijing is prepared to “assume a role of world leadership if others step back from that position” after U.S. President Donald Trump pledged in his inaugural address to put “America first.” Many international observers have perceived this move as signaling a U.S. retreat from leading the post-WWII neoliberal alliance.

According to China’s nationalist Global Times, “the Chinese military intentionally revealed the Dongfeng-41 and connected it with the inauguration of US President Donald Trump. They think this is Beijing’s response to Trump’s provocative remarks on China.”

The Global Times added that “pictures of China’s Dongfeng-41 ballistic missile were exposed on Chinese mainland websites,” citing reports in “some Hong Kong and Taiwan media.” One of the reports was identified as the Apple Daily, another tabloid-style resource based ot of Hong Kong, according to RT. “It was revealed that the pictures were taken in Heilongjiang Province. Military analysts believe that this is perhaps the second Dongfeng-41 strategic missile brigade and it should be deployed in northeastern China,” the report in the Chinese newspaper notes.

The Dongfeng-41 is a nuclear solid-fuel road-mobile intercontinental ballistic missile. With a range of 15,000 kilometers and a payload of 10-12 nuclear warheads, it can target anywhere in the world and is widely considered one of the most advanced intercontinental ballistic missiles. China has yet to reveal the ICBM to the general public during a military parade or any similar event. Most information of the advanced weapon remains highly classified.

The Global Times reports that the images of the nuclear weapons brigade’s deployment were timed to coincide with Trump’s inauguration as a means flexing Chinese muscle in light of the harsh tone taken towards China in comments by Trump and the White House. In fact, China’s foreign ministry today urged the US to “act and speak cautiously” when it comes to the disputed South China Seas to “avoid harming the peace and stability” in the region after comments by White House press secretary Sean Spicer.

Similar Chinese displays of power are a regular occurrence, which are used to demonstrate their military prowess and send a message to large power rivals like the U.S. During a visit in December by then-Dense Secretary Ash Carter to the aircraft carrier ‘USS John C. Stennis’, deployed in the South China Sea, the Chinese tested a railcar-launched version of the DF-41.

The ICBM system was placed in the Heilongjiang Province, which borders Russia. However, Russia welcomed the placement of China’s ICBM next to its border, noting that it did not take the deployment as an indication of threats toward Russia. “The deployment of the DF-41 near Russia’s border should not be read as a threat to Russia,” noted military analyst Konstantin Sivkov in comments to RIA Novosti.

“DF-41 missiles placed near Russia’s border are a smaller threat than if they were placed deeper in the Chinese territory. Such missiles usually have a very large ‘dead zone’ [area within minimal range that cannot be attacked by a weapon],” Sivkov said.

“Certainly, the actions of the Chinese military, if the reports prove correct, the military build-up in China is not perceived as a threat to our country,” said Kremlin spokesman Dmitry Peskov.

The implied threat is a clear one – China will not be bullied – and certainly aimed at the U.S. as a display of Chinese military strength, as noted by the ominous tone in the pro-government and nationalistic Global Times report – a communist party mouthpiece in China:

“The US has the world’s most powerful military strength, including the most advanced and powerful nuclear arsenal. But Trump has called for a nuclear arms build-up many times. Even Washington feels that its naval forces and nuclear strength are lacking, so how can China be content with its current nuclear strength when it is viewed by the US as its biggest potential opponent?”

The Global Times added, “China’s nuclear capability should be so strong that no country would dare launch a military showdown with China under any circumstance, and such that China can strike back against those militarily provoking it. A military clash with the US is the last thing China wants, but China’s nuclear arsenal must be able to deter the US.”

Essentially, the message is that the US has not paid China’s military the respect it deserves and that the Chinese must now — after realizing the flippant U.S. attitude and lack of respect towards Chinese “core interests” — procure a level of strategic military strength that will force the U.S. to respect it. The Chinese intention is clearly to let the Trump administration know that they will not be pushed around in their own backyard.

The U.S. should proceed cautiously, as the Chinese hold over a trillion dollars in U.S. debt – a weapon likely much more deadly to the U.S. empire than any nuke.