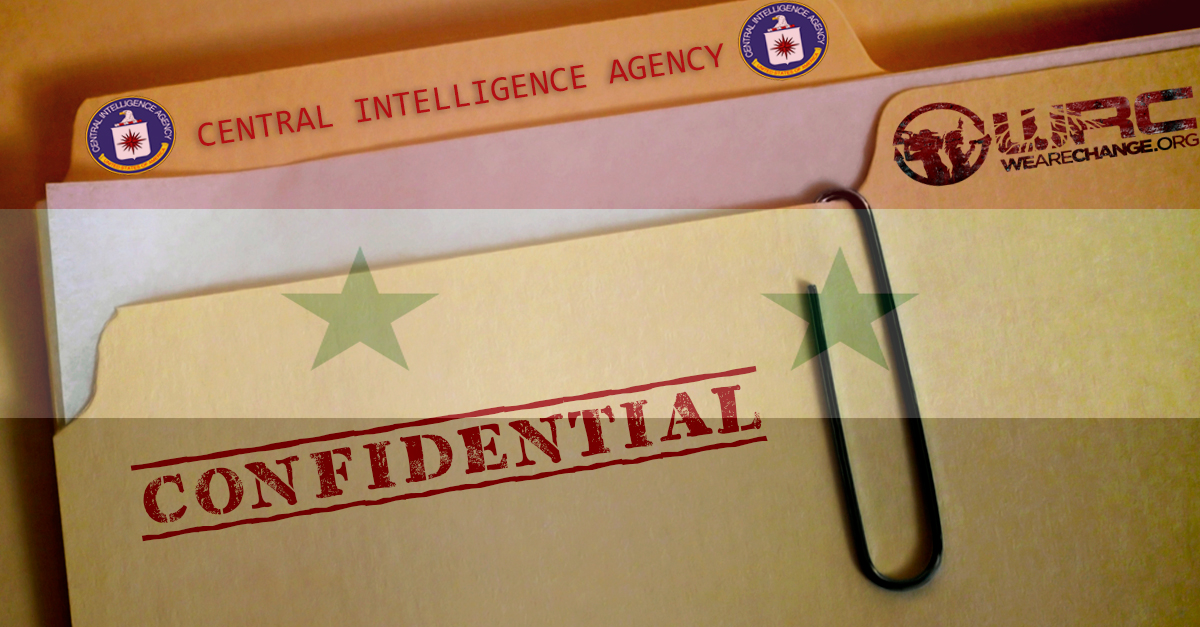 A recent release of documents in the CIA’s cache — codenamed Crest — totalling up to 13 million documents reveal the CIA’s plans to oust the Syrian President, Hafez al-Assad.

The documents date back to the years through 1984-1986 and purport to reveal plans to strengthen resistance against the former President Assad within Syria.

In the 28 page document entitled: “Syria: Scenarios Of Dramatic Political Change,” the CIA notes that, “factionalism plagues the political and military elite of Syria, and the military’s strong tradition of coup plotting could reassert itself.”

The document also accused Assad of being in, “poor health,” due to a heart attack he suffered in 1983 and said that Assad had failed to designate a successor or provide for a transfer of power. The former President of Syria lived for nearly another 15 years before he passed his leadership on to his son Basher al-Assad.

The CIA goes on to speculate if Hafez al-Assad selects his brother Rif`at al-Assad as his successor, his enemies within the military would rise up against him to overthrow his presidency.

The document also contains numerous hypotheticals, mostly surrounding what Moscow’s response would be if the government of Syria collapsed.

Further noting that an, “Alawi military regime government would continue financing Lebanese terrorist, advance confrontation with Israel and could have close ties to the then Soviet Union USSR.”

At that point in history, there was an ongoing civil war in Lebanon between Maronite and Palestinian forces — both Israel and Syria backed factions in the region.

Further, the documents expressed that U.S. interest would best be served by a Sunni regime.

“Fuller’s analysis, points out Activist Post’s Brandon Turbeville, evinces Assad as a nuisance hindering the American empire’s lust to control vast fossil fuel stores and protect ally, Israel, against multiple threats in the Middle East. Destabilization of Iraq and Iran also features prominently in the intricate U.S. plan to deal with the irritant, elder Assad — who, incidentally, recognized Western ulterior motives for what they were,” Claire Bernish wrote, for TheFreeThoughtProject.com.

Fuller expressed, “The US should consider urging Iraq to take the war to the other key source of its predicament: Syria.”

“The U.S should consider sharply escalating the pressures against Assad [Sr.] through covertly orchestrating simultaneous military threats against Syria from three border states hostile to Syria: Iraq, Israel and Turkey. Iraq, perceived to be increasingly desperate in the Gulf war, would undertake limited military (air) operations against Syria with the sole goal of opening the pipeline. Although opening war on a second front against Syria poses considerable risk to Iraq, Syria would also face a two-front war since it is already heavily engaged in the Bekaa, on the Golan and in maintaining control over a hostile and restive population inside Syria.”

“Israel would simultaneously raise tensions along Syria’s Lebanon front without actually going to war. Turkey, angered by Syrian support to Armenian terrorism, to Iraqi Kurds on Turkey’s Kurdish border areas and to Turkish terrorists operating out of northern Syria, has often considered launching unilateral military operations against terrorist camps in northern Syria. Virtually all Arab states would have sympathy for Iraq.”

“Faced with three belligerent fronts, Assad would probably be forced to abandon his policy of closure of the pipeline. Such a concession would relieve the economic pressure on Iraq, and perhaps force Iran to reconsider bringing the war to an end. It would be a sharpening blow to Syria’s prestige and could effect the equation of forces in Lebanon.”

“Such a threat must be primarily military in nature. At present, there are three relatively hostile elements around Syria’s borders: Israel, Iraq and Turkey. Consideration must be given to orchestrating a credible military threat against Syria in order to induce at least some moderate change in its policies.”

“This paper proposes serious examination of the use of all three states – acting independently – to exert the necessary threat. Use of any one state in isolation cannot create such a credible threat.”

Fuller goes on to discuss two key U.S. interests in the region, the Syrian-Iraqi pipeline and geopolitical affairs regarding Syrian troops in Lebanon and its result on Israel.

Syria continues to maintain a hammerlock on two key U.S. interests in the Middle East:

— Syrian refusal to withdraw its troops from Lebanon ensures Israeli occupation in the south;

— Syrian closure of the Iraqi pipeline has been a key factor in bringing Iraq to its knees financially, impelling it towards dangerous internationalization of the war in the Gulf.

As the war drums beat in the Trump administration and media for war with Syria, these two internal once-secret documents offer rare insight into how the U.S. arrived at the situation in present day Syria. They also reveal the CIA’s ongoing effort of regime change, exposing potential tactics being used  to overthrow the current younger Syrian president.