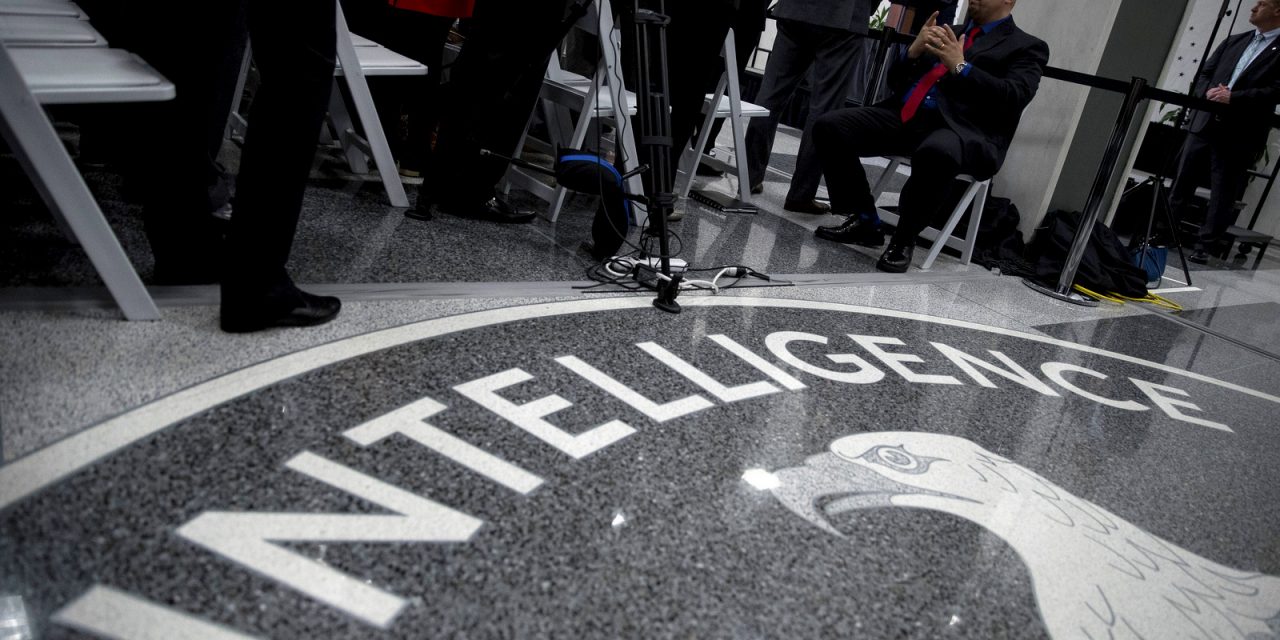 New revelations from Wikileaks’ ‘Vault 7’ leak shed a disturbing light on the safeguarding of privacy. Something already known and largely suspected has now become documented by Wikileaks. It seems evident that the CIA is now a state within a state, an entity out of control that has even arrived at the point of creating its own hacking network in order to avoid the scrutiny of the NSA and other agencies.

Reading the revelations contained in the documents released by WikiLeaks and adding them to those already presented in recent years by Snowden, it now seems evident that the technological aspect regarding espionage is a specialty in which the CIA, as far as we know, excels. Hardware and software vendors that are complicit — most of which are American, British or Israeli — give the CIA the opportunity to achieve informational full-spectrum dominance, relegating privacy to extinction. Such a convergence of power, money and technology entails major conflicts of interest, as can be seen in the case of Amazon AWS (Amazon’s Cloud Service), cloud provider for the CIA, whose owner, Jeff Bezos, is also the owner of The Washington Post. It is a clear overlap of private interests that conflicts with the theoretical need to declare uncomfortable truths without the need to consider orders numbering in the millions of dollars from clients like the CIA.

While it is just one example, there are thousands more out there. The perverse interplay between media, spy agencies and politicians has compromised the very meaning of the much vaunted democracy of the land of the Stars and Stripes. The constant scandals that are beamed onto our screens now serve the sole purpose of advancing the deep interest of the Washington establishment. In geopolitical terms, it is now more than obvious that the deep state has committed all available means toward sabotaging any dialogue and détente between the United States and Russia. In terms of news, the Wikileaksrevelations shed light on the methods used by US intelligence agencies like the CIA to place blame on the Kremlin, or networks associated with it, for the hacking that occurred during the American elections.

Perhaps this is too generous a depiction of matters, given that the general public has yet to see any evidence of the hacking of the DNC servers. In addition to this, we know that the origin of Podesta’s email revelations stem from the loss of a smartphone and the low data-security measures employed by the chairman of Hillary Clinton’s presidential campaign. In general, when the 16 US spy agencies blamed Russia for the hacking of the elections, they were never specific in terms of forensic evidence. Simply put, the media, spies and politicians created false accusations based on the fact that Moscow, together with RT and other media (not directly linked to the Kremlin), finally enjoy a major presence in the mainstream media. The biggest problem for the Washington establishment lies in the revelation of news that is counterproductive to the interests of the deep state. RT, Sputnik, this site and many others have diligently covered and reported to the general public every development concerning the Podesta revelations or the hacking of the DNC.

Now what is revealed through Wikileaks’ publications in Vault 7 is the ability of a subsection of the CIA, known as Umbrage, to use malware, viruses, trojans and other cyber tools for their own geopolitical purposes. The CIA’s Umbrage collects, analyzes and then employs software created variously from foreign security agencies, cyber mafia, private companies, and hackers in general. These revelations become particularly relevant when we consider the consequences of these actions. The main example can be seen in the hacking of the DNC. For now, what we know is that the hacking – if it ever occurred – is of Russian origin. This does not mean at all that the Kremlin directed it. It could actually be very much the opposite, its responsibility falling into the category of a cyber false-flag. One thing is for sure: all 16 US intelligence agencies are of the view that “the Russians did it”. That said, the methods used to hack vulnerabilities cannot be revealed, so as to limit the spread of easily reusable exploits on systems, such as the one that hosted the DNC server. It is a great excuse for avoiding the revelation of any evidence at all.

So, with little information available, independent citizens are left with very little information on which to reliably form an opinion on what happened. There is no evidence, and no evidence will be provided to the media. For politicians and so-called mainstream journalists, this is an acceptable state of affairs. What we are left with instead is blind faith in the 16 spy agencies. The problem for them is that what WikiLeaks revealed with Vault 7 exposes a scenario that looks more likely than not: a cyber false-flag carried out by the Central Intelligence Agency using engineered malware and viruses made in Russia and hypothetically linking them back to hacking networks in Russia. In all likelihood, it looks like the Democrats’ server was hacked by the CIA with the clear objective of leaving Russian fingerprints and obvious traces to be picked up by other US agencies.

In this way, it becomes easier to explain the unique views of all 16 spy agencies. Thus, it is far more likely that the CIA intentionally left fake Russian fingerprints all over the DNC server, thereby misleading other intelligence agencies in promoting the narrative that Russia hacked the DNC server. Of course the objective was to create a false narrative that could immediately be picked up by the media, creating even more hysteria surrounding any rapprochement with Russia.

The revelations contained in the Wikileaks vault 7 (less than 1 % of the total data in Wikileaks’ possession has been released to date) have caused a stir, especially by exposing the astonishing complicity between hardware and software manufacturers, often intentionally creating backdoors in their products to allow access by the CIA and NSA. In today’s digital environment, all essential services rely on computer technology and connectivity. These revelations are yet more reason why countries targeted by Washington, like China, Russia, Iran and North Korea, should get rid of European and American products and invest in reducing technological dependence on American products in particular.

The People’s Republic has already started down this track, with the replacement of many network devices with local vendors like Huawei in order to avoid the type of interference revealed by Snowden. Russia has been doing the same in terms of software, even laying the groundwork to launch of its own operating system, abandoning American and European systems. In North Korea, this idea was already put into practice years ago and is an excellent tool for deterrence for external interference. In more than one computer security conference, US experts have praised the capabilities of the DPRK to isolate its Internet network from the rest of the world, allowing them to have strong safety mechanisms. Often, the only access route to the DPRK systems are through the People’s Republic of China, not the easiest way for the CIA or NSA to infiltrate a protected computer network.

An important aspect of the world in which we live today involves information security, something all nations have to deal with. At the moment, we still live in a world in which the realization of the danger and effect of hacking attacks are not apparent to many. On the other hand, militarily speaking, the diversification and rationalization of critical equipment in terms of networks and operability (smartphones, laptops, etc) has already produced strong growth in non-American and European manufacturers, with the aim of making their systems more secure.

This strengthening of technology also produces deleterious consequences, such as the need for intelligence agencies to be able to prevent the spread of data encryption so as to always enjoy access to any desired information. The birth of the Tor protocol, the deployment of Bitcoin, and apps that are more and more encrypted (although the WikiLeaks documents have shown that the collection of information takes place on the device before the information is encrypted) are all responses to an exponential increase in the invasion of privacy by federal or American government entities.

We live in a world that has an enormous dependence on the Internet and computer technology. The CIA over the years has focused on the ability to make sure vulnerable systems are exploited as well as seeking out major security flaws in consumer products without disclosing this to vendors, thereby taking advantage of these security gaps and leaving all consumers with a potential lack of security. Slowly, thanks to the work and courage of people like Snowden and Assange, the world is beginning to understand how important it is to keep personal data under control and prevent access to it by third parties, especially if they are state actors. In the case of national security, the issue is expanded exponentially by the need to protect key and vital infrastructure, considering how many critical services operate via the Internet and rely on computing devices.

The wars of the future will have a strong technological basis, and it is no coincidence that many armed forces, primarily the Russian and Chinese, have opted in recent years to training troops, and conducting operations, not completely relying on connectivity. No one can deny that in the event of a large-scale conflict, connectivity is far from guaranteed. One of the major goals of competing nations is to penetrate the military security systems of rival nations and be able to disarm the internal networks that operates major systems of defense and attack.

The Wikileaks revelations are yet another confirmation of how important it is to break the technological unipolar moment, if it may be dubbed this way, especially for nations targeted by the United States. Currently Washington dictates the technological capacities of the private and government sectors of Europe and America, steering their development, timing and methods to suit its own interests. It represents a clear disadvantage that the PRC and its allies will inevitably have to redress in the near future in order to achieve full security for its vital infrastructure.

This article first appeared on Strategic-Culture.org and was authored by Federico Pieraccini.