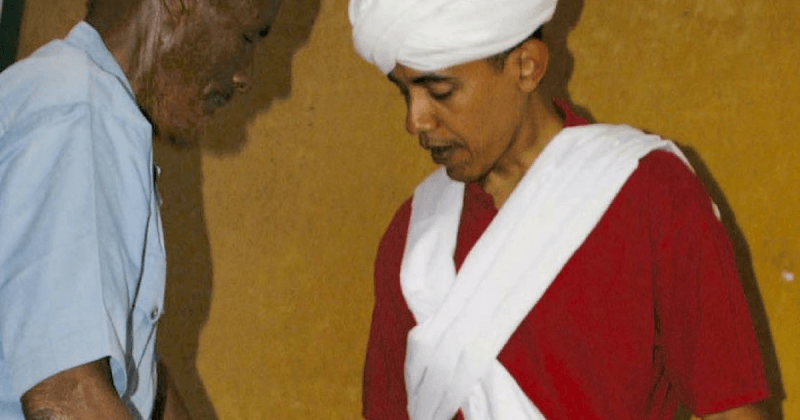 On Obama’s way out of office, he left many parting gifts, including giving Uranium to Iran.  It turns out that he also approved a $418 million dollar arms sale to Kenya, on his final day as president, and now many lawmakers are wondering why.

Several lawmakers, led by Rep. Ted Budd (R-NC), are questioning why the contract to produce the planes was awarded to major defense firm L3 Technologies.

The sale, approved by the State Department and privately notified to Congress on January 19, would allow Kenya to buy 14 weaponized crop-duster-like planes — including two trainer planes and services, for missions against terrorist group, al-Shabaab Breitbart News reported.

Lawmakers can still halt the sale by passing a resolution of disapproval.  Rep. Budd already introduced a joint resolution into the House earlier this month to halt the sale, as he wants to know why IOMAX, another company that has a history of producing these planes, but at a lesser cost, was not chosen.  Budd alleges that the deal seems unfair and sounds like fraud.

A Budd aide told Breitbart that the “cost of 14 planes is at $237 million dollars,” compared to the $418 million dollar sale to Kenya.  The aide added that “IOMAX was the first to begin producing the weaponized planes in 2009 and has dropped more than 2,000 bombs on al-Shabaab.”

It really appears this is political and perhaps shady in nature. Georgia Democrat Sanford Bishop also joined the several Republicans by sending a letter to the Kenyan Ambassador to the United States.

“We believe Kenya would benefit by exploring its options in regard to this acquisition…We ask that the Government of Kenya take these facts, in particular, the prospect of an ongoing congressional investigation of this sale, under consideration as it decides whether or not to proceed with this arms purchase,” the letter said.

Kenyans are equally outraged about the deal calling the deal “a scam” using the hashtag #KDFWeaponsScam on twitter to express their anger.

We could have bought 5 of these Bell Boeing V-22 Ospreys at the $418 million expenditure #KDFWeaponsScam pic.twitter.com/2XXdS9g7VT

If the resolution does pass, it would be the first time Congress has voted to block a foreign arms deal since 1986 the Iran-contra $100 million dollar arms sale deal.

But unlike Ronald Regan’s deal with Iran this deal was made by Obama publicly and not in secret.

The deal was announced to the public after Trump’s inauguration on January 23rd.