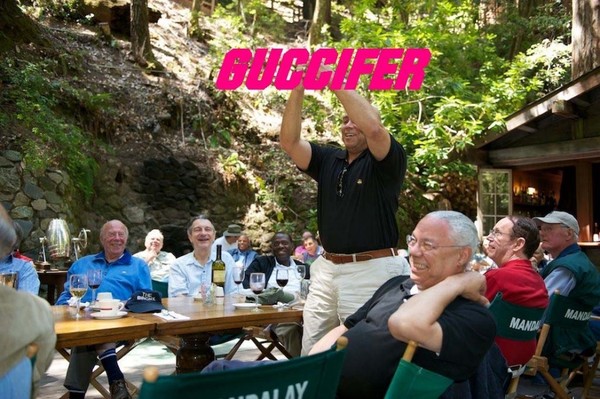 Between Guccifer, WikiLeaks,  and a mysterious hacking group dubbed DCLeaks, never in the history of U.S. elections has there been so many astonishing revelations.

In an email provided to Breitbart News by DCLeaks, Colin Powell wrote this to his friend Peter Gordon MacKay, a former Canadian Member of Parliament, who also served as Canada’s Minister of Justice and Attorney General, Minister of National Defense, and Minister of Foreign Affairs.

“Peter, I am back from the Bohemian Grove. Surprise, surprise, I sat next
to Stephen Harper a couple of times and had a nice discussion. Grove
attendees know that Trump is a disaster. Most will vote against, but quite
a few will not vote for Hillary and will vote for a third party candidate.
Strange doings down here. Otherwise all is well with the Powells. We’ll
sneak away for a few days in August. Of course I’d love to see you. Let me
know your dates.  I told Stephen that you seemed quite content in your new
place in life.” – Colin Powell.

Is this US election the leak election? Guardian claims to have 1500 pages (they won't publish them, sadly) on GOP. #letitallcomeout

Bohemian Grove is a place surrounded by mystery and secrecy that Hillary Clinton’s husband Bill Clinton once mocked after he was asked about it.

“You mean that place where Republicans go to get necked and hug red wood trees?”

Our own Luke Rudkowski also confronted Newt Gingrich about the Bohemian Grove in 2012. President Nixon called it “the most faggy goddamn thing you could ever imagine. That San Francisco crowd that goes in there it’s just terrible I won’t shake hands with anyone from San Francisco.”

Newt responded to Luke saying, “It’s nice to know that some people have fantasy lives.” Hey, Newt, Bohemian Grove is a real place, we know it exists, we know its purpose is for a secret society. Infowars’ Alex Jones snuck into Bohemian Grove and confronted David Gergen, a top presidential adviser, who was very displeased with Alex and ended up walking away when confronted with the question.

Bohemian Grove was also revealed by Paul Bonnaci to be a child trafficking and snuff film meeting place before Alex Jones infiltrated it and made it widely known.

You don’t have to be a “crazy conspiracy theorist” to believe something is occult about the Bohemian Grove – they worship a stone owl called “Moloch.” That’s on record, and the ceremony ritual is called “Cremation of Care.” Who would want to cremate care? Even if you don’t find it odd that a bunch of politicians and business men dress up in robes with some participating in the actual ceremony, it’s a conflict of interest, having a secret meeting and secret society where some of the biggest world leaders and financial industry leaders can meet in secrecy to discuss policies and make deals. It’s a meeting of the rich and powerful to gain more power, it’s a place to network.

In an email earlier this year leaked from Hillary Clinton’s emails Amselem, W Lewis, can be seen writing “With fingers crossed, the old rabbit’s foot out of the box in the attic, I will be sacrificing a chicken in the backyard to Moloch . . .”  to Task Force Honduras; Otero, and Maria.

What the actual fuck? Who says that? Keep in mind, Hillary’s emails were leaked, so the joke aspect of mocking conspiracy theorist goes out the window. It’s begun, secret societies that influence our elections are being exposed. No more “it’s a conspiracy theory,” when it’s in two Former Secretary of States emails. Not only does one single email out of Hillary’s email archive expose the occult but it exposes that Bohemian Grove exist because of the used word “Moloch.” No one casually says, “i am going to go sacrifice a chicken to Moloch!” But there is one more email by long time illegal state adviser Sidney Blumenthal, where Blumenthal talks about Philip Bobbitt meeting with Kis Singer and Colin Powell.

“Meanwhile: I had lunch yesterday with Philip Bobbitt, who told me he had recently been at the Bohemian Grove and had lunch there with Kis Singer and Colin Powell. Powell offered his opinion that if the Democrats do poorly in the mid-term elections, Obama, as he judges him, would quickly reduce the commitment in Afghanistan. That, at least, is Powell’s private opinion. I am now on way to NYC, Emmys ceremony tonight (Monday).”