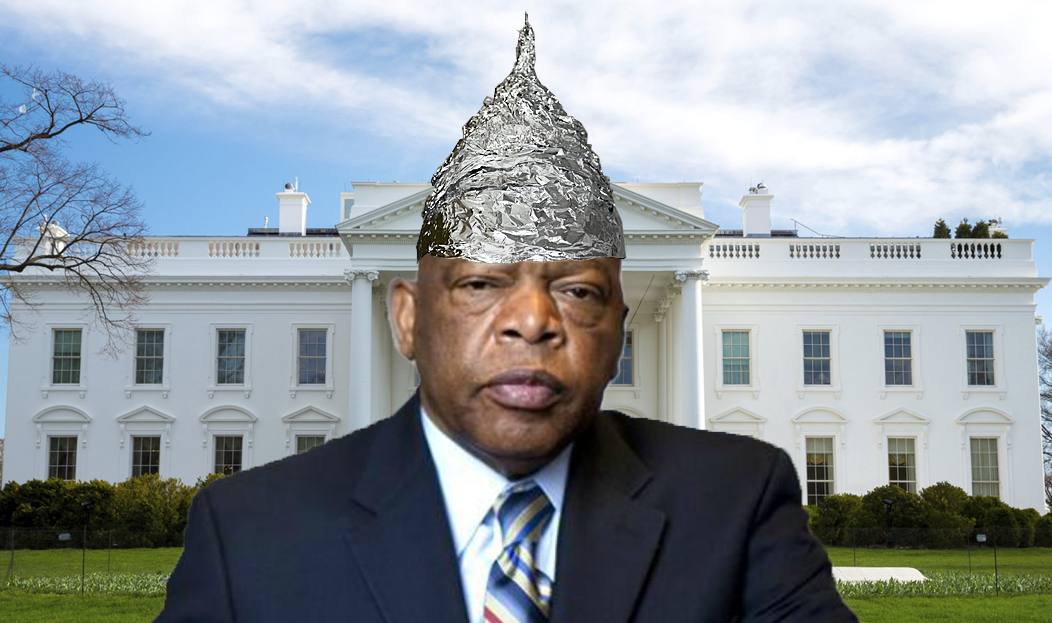 In a hilarious twisting of reality, a new House of Representatives resolution by Democrats calls for “opposing fake news and alternative facts.”

The bill, H.RES. 191, is sponsored by Democratic Reps. Ted Lieu (California) and John Lewis (Georgia) and reads like a jumped-up high school Model U.N. club resolution. The bill demands “the president must immediately acknowledge his support of the First Amendment and express his support for United States democracy,” and “White House spokespersons should not issue fake news.”

“White House spokespersons who offer alternative or inaccurate facts should retract their statements immediately,” it adds.

“The most recent ‘fake news’ the American people are receiving have come from the president himself and his spokespersons,” the bill states, ignoring the endless stream of fake stories published in places like CNN and The Guardian.

The term fake news became popular in November after Trump won the election and a list of news websites were smeared as Russian propaganda in a list released by “ProporNot” and published in the Washington Post. The McCarthy-esque blacklist was little more than defamation of the who’s who of independent media, including We Are Change, and the Washington Post eventually appended the story after being threatened with a lawsuit.

“Fake news” on social media was blamed as a major factor for Trump’s win, and Facebook itself is now attempting to censor independent media as “fake.”

A Stanford University/NYU study authored by NYU economics professor Hunt Allcott and Stanford economics professor Matthew Gentzkow found that fake social media coverage did not change the outcome of the election. Nonetheless, Facebook is rolling out a new feature allowing users to report news content in their feeds as fake with help from biased sites like Politifact, Snopes ABC News, FactCheck.org, and the Associated Press, who will “fact check” information.

We are Change reported last December that U.S. lawmakers moved to criminalize independent media after the House passed a bill quietly tucked inside the Intelligence Authorization Act for Fiscal Year 2017. The “fact-checkers” at Snopes attacked us for this, failing to recognize that We Are Change simply reported on the words of a Senator and Congressman.

[RELATED: Snopes’s Lack of Journalist Integrity and Its Assault on WeAreChange]

If Congress wants to condemn fake news and protect free speech, they can start by blasting Snopes and the fake fact checkers in the corporate media, and demand that Facebook be treated as a public utility. Phone companies can’t censor free speech – and Facebook shouldn’t be allowed to either.

We Are Change Editor-At-Large Andrew Meyer contributed to this report.