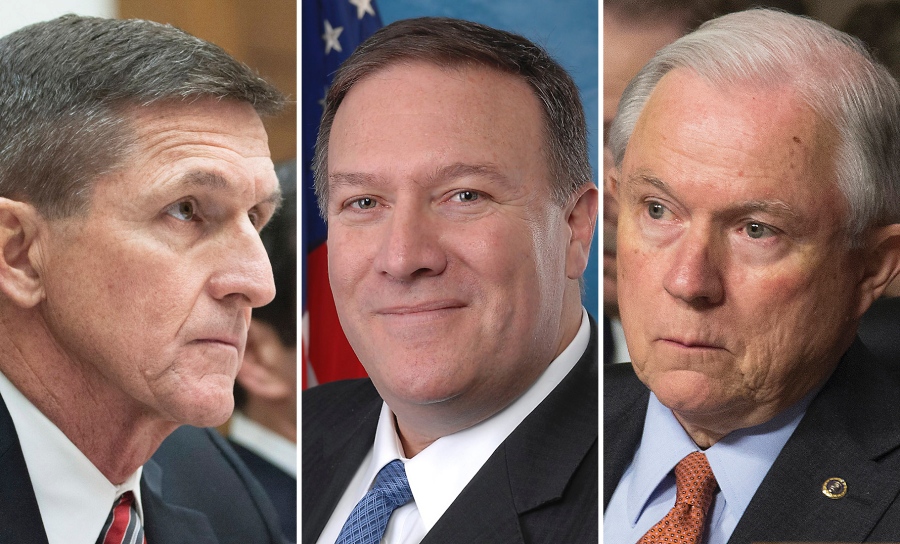 Trump also offered the CIA position to Mike Pompeo and attorney general to Jeff sessions. With both Pompeo and Sessions accepting the positions saying “they would be honored.”

Although both will still have to be confirmed by the senate first before anything is official.

Trump spokesman Jason Miller said that the President-elect had previously met with Gen. Michael Flynn and that he would make a “fantastic addition to the team.”

“He has been a companion on the campaign trail quite a bit as we’ve seen over the past few months,” Miller, told Fox News’ Megyn Kelly.

In 2012, Michael Flynn, was appointed Defense Intelligence Agency director but his tenure was shortly lived as in 2014 he had a fall out with the Obama administration.

Flynn explained his firing, saying he “knew then it had more to do with the stand I took on radical Islamism and the expansion of al Qaeda and its associated movements. I felt the intel system was way too politicized, especially in the Defense Department.”

In his own book Flynn writes in the introduction about what he witnessed and has been a proponent that the U.S. allowed ISIS and Al-qaeda to thrive constantly appearing on controversial Putin’s Russia Today network calling it a willful decision to ignore and monitor the jihadist groups in an attempt to use them as opposition to overthrow Assad.

“Flynn has been a firsthand witness to government screw-ups, smokescreens, and censored information that our leaders don’t want us to know. A year before he was scheduled to retire, Flynn was sacked as Director of the Defense Intelligence Agency for, among other things, telling a Congressional Committee that the American people are in more danger than we were just a few years ago.”

~Michael Flynn, wrote, in, The Field of Fight.

Flynn has also called the Iraq war a mistake saying “I think history will not be kind. It was a strategic mistake,” Flynn has also been photographed sitting next to the controversial man himself Vladimir Putin in a trip to Russia last December, The Daily Beast said.

Sessions nomination seemed to be supported by Republicans, who control the Senate. Senate Majority Leader Mitch McConnell (R., Ky.) early Friday said that he supported the nomination in a written statement according to the WSJ. “I look forward to the Senate’s fair and expeditious treatment of our colleague’s forthcoming nomination,” McConnell, wrote.