Executive Order: United Nations allowed to use Force on US Citizens 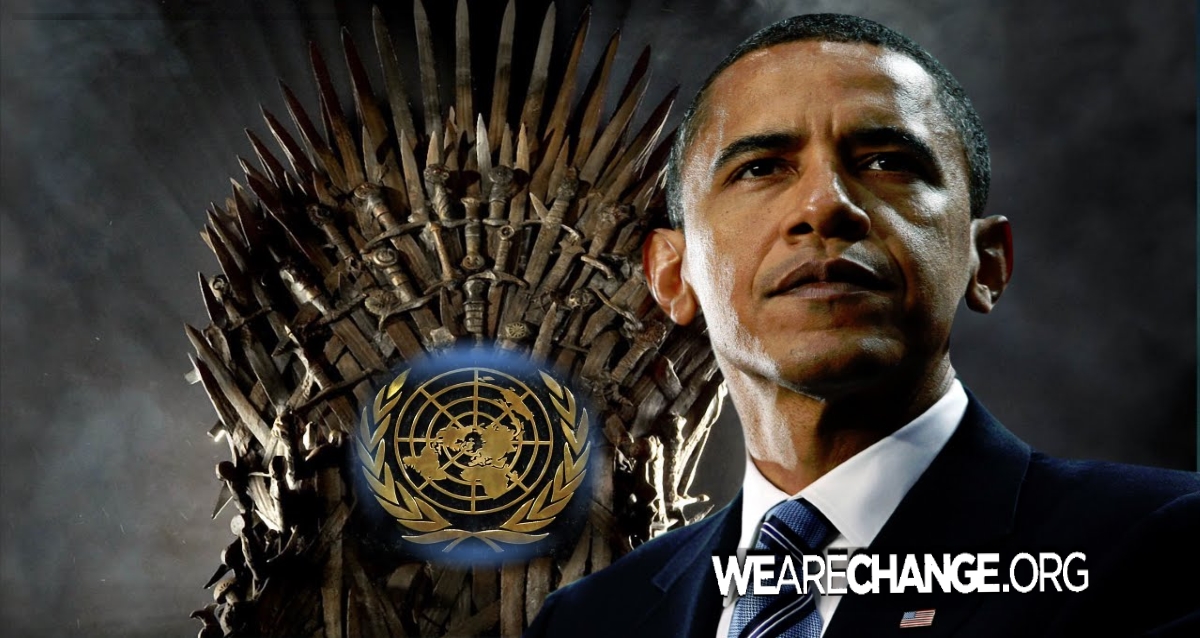 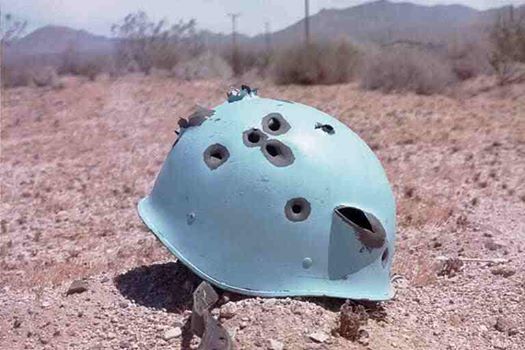 United Nation military troops may soon arrive and see action on American soil following the United States’ announcement of support for “a set of principles that give a green light for U.N. peacekeeping troops and police to use force to protect civilians in armed conflicts,” Military Times reports.

The militarization of local police, combined with the arrival of a United Nations military presence, could mean big trouble for liberty and freedom here in America.

U.S. Ambassador Samantha Power told attendees at an important U.N. meeting that the United States was “proud” and “humbled” to be a included in the new agenda and promised to follow by the 18 pledges. Fox News

The arrival of the United Nations requires federalization of police in order to set a global standard of law enforcement. President Barack Obama has pounced on the opportunity to exploit recent shootings to push for the federalization of local police forces.

And this would not the be the first time American politicians have attempted to sell their citizens out to the powers of the United Nations. The UN’s first attempt to capture America was in 1951. In strange fashion, forces flying the flag of the United Nations began to occupy small towns and cities across the United States. This was intended to test the will of the people and see if they would accept a UN “takeover.” The test failed and sparked controversy and concerns over a “revolution-in-the-making” that would destroy any plot formulated by the Council on Foreign Relations and the United Nations.

UN forces were quickly met with much resistance and silently left occupied government buildings and removed United Nation flags nationwide. Broadcaster Myron C. Fagan documented the secretive operation in the 1960’s claiming “the UN ‘invasions’ were intended to be completely hush-hush. The Mass Media were very accommodating and the local newspapers and radio stations in the ‘invaded’ cities were kept silent under order of the UN. However, in several of the cities the local police refused to be ‘captured’. That caused quite an uproar — true, only locally, but it threatened to spread nationwide, especially after troops and officers assigned to additional ‘invasion units’ refused to ‘serve’. The alarmed plotters hastily halted all further ‘invasions’.”

President Obama has signed an executive order that allows for the US military to use force against American citizens for the first time in history.

The order was signed on July 1st, 2016 and is titled “Executive Order — United States Policy on Pre- and Post-Strike Measures to Address Civilian Casualties in U.S. Operations Involving the Use of Force“.

The order appears to have changed the rules of engagement between the military and ordinary U.S. citizens in an end-around the Constitution.

UNITED STATES POLICY ON PRE- AND POST-STRIKE MEASURES TO ADDRESS CIVILIAN CASUALTIES IN U.S. OPERATIONS INVOLVING THE USE OF FORCE

By the authority vested in me as President by the Constitution and the laws of the United States of America, I hereby direct as follows:

Section 1. Purpose. United States policy on civilian casualties resulting from U.S. operations involving the use of force in armed conflict or in the exercise of the Nation’s inherent right of self-defense is based on our national interests, our values, and our legal obligations. As a Nation, we are steadfastly committed to complying with our obligations under the law of armed conflict, including those that address the protection of civilians, such as the fundamental principles of necessity, humanity, distinction, and proportionality.

The protection of civilians is fundamentally consistent with the effective, efficient, and decisive use of force in pursuit of U.S. national interests. Minimizing civilian casualties can further mission objectives; help maintain the support of partner governments and vulnerable populations, especially in the conduct of counterterrorism and counterinsurgency operations; and enhance the legitimacy and sustainability of U.S. operations critical to our national security. As a matter of policy, the United States therefore routinely imposes certain heightened policy standards that are more protective than the requirements of the law of armed conflict that relate to the protection of civilians.

Civilian casualties are a tragic and at times unavoidable consequence of the use of force in situations of armed conflict or in the exercise of a state’s inherent right of self-defense. The U.S. Government shall maintain and promote best practices that reduce the likelihood of civilian casualties, take appropriate steps when such casualties occur, and draw lessons from our operations to further enhance the protection of civilians.

Sec. 2. Policy. In furtherance of U.S. Government efforts to protect civilians in U.S. operations involving the use of force in armed conflict or in the exercise of the Nation’s inherent right of self-defense, and with a view toward enhancing such efforts, relevant departments and agencies (agencies) shall continue to take certain measures in present and future operations.

(a) In particular, relevant agencies shall, consistent with mission objectives and applicable law, including the law of armed conflict:

(i) train personnel, commensurate with their responsibilities, on compliance with legal obligations and policy guidance that address the protection of civilians and on implementation of best practices that reduce the likelihood of civilian casualties, including through exercises, pre-deployment training, and simulations of complex operational environments that include civilians;

(ii) develop, acquire, and field intelligence, surveillance, and reconnaissance systems that, by enabling more accurate battlespace awareness, contribute to the protection of civilians;

(iii) develop, acquire, and field weapon systems and other technological capabilities that further enable the discriminate use of force in different operational contexts;

(iv) take feasible precautions in conducting attacks to reduce the likelihood of civilian casualties, such as providing warnings to the civilian population (unless the circumstances do not permit), adjusting the timing of attacks, taking steps to ensure military objectives and civilians are clearly distinguished, and taking other measures appropriate to the circumstances; and

(b) In addition to the responsibilities above, relevant agencies shall also, as appropriate and consistent with mission objectives and applicable law, including the law of armed conflict:

(i) review or investigate incidents involving civilian casualties, including by considering relevant and credible information from all available sources, such as other agencies, partner governments, and nongovernmental organizations, and take measures to mitigate the likelihood of future incidents of civilian casualties;

(iii) engage with foreign partners to share and learn best practices for reducing the likelihood of and responding to civilian casualties, including through appropriate training and assistance; and

(iv) maintain channels for engagement with the International Committee of the Red Cross and other nongovernmental organizations that operate in conflict zones and encourage such organizations to assist in efforts to distinguish between military objectives and civilians, including by appropriately marking protected facilities, vehicles, and personnel, and by providing updated information on the locations of such facilities and personnel.

(b) The annual report shall also include information obtained from relevant agencies regarding the general sources of information and methodology used to conduct these assessments and, as feasible and appropriate, shall address the general reasons for discrepancies between post-strike assessments from the U.S. Government and credible reporting from nongovernmental organizations regarding non-combatant deaths resulting from strikes undertaken by the U.S. Government against terrorist targets outside areas of active hostilities.

(c) In preparing a report under this section, the DNI shall review relevant and credible post-strike all-source reporting, including such information from nongovernmental sources, for the purpose of ensuring that this reporting is available to and considered by relevant agencies in their assessment of deaths.

(d) The Assistant to the President for National Security Affairs may, as appropriate, request that the head of any relevant agency conduct additional reviews related to the intelligence assessments of deaths from strikes against terrorist targets outside areas of active hostilities.

Sec. 4. Periodic Consultation. In furtherance of the policies and practices set forth in this order, the Assistant to the President for National Security Affairs, through the National Security Council staff, will convene agencies with relevant defense, counterterrorism, intelligence, legal, civilian protection, and technology expertise to consult on civilian casualty trends, consider potential improvements to U.S. Government civilian casualty mitigation efforts, and, as appropriate, report to the Deputies and Principals Committees, consistent with Presidential Policy Directive 1 or its successor. Specific incidents will not be considered in this context, and will continue to be examined within relevant chains of command.

Sec. 5. General Provisions. (a) The policies and practices set forth above are not intended to alter, and shall be implemented consistent with, the authority and responsibility of commanders and other U.S. personnel to execute their mission as directed by the President or other appropriate authorities, which necessarily includes the inherent right of self-defense and the maintenance of good order and discipline among U.S. personnel. No part of this order modifies the chain of command of the U.S. Armed Forces or the authority of U.S. commanders.

(b) No part of this order modifies priorities in the collection of intelligence or the development, acquisition, or fielding of weapon systems and other technological capabilities.

(c) No part of this order shall prejudice or supplant established procedures pertaining to administrative or criminal investigative or judicial processes in the context of the military justice system or other applicable law and regulation.

(e) This order is not intended to, and does not, create any right or benefit, substantive or procedural, enforceable at law or in equity by any party against the United States, its departments, agencies, or entities, its officers, employees, or agents, or any other person.