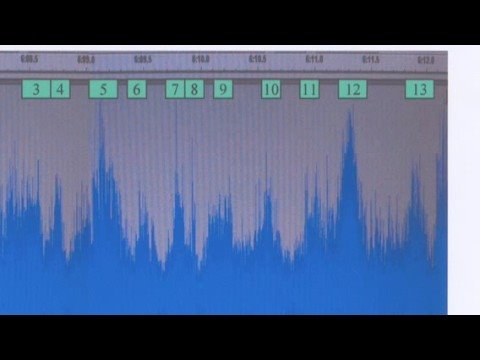 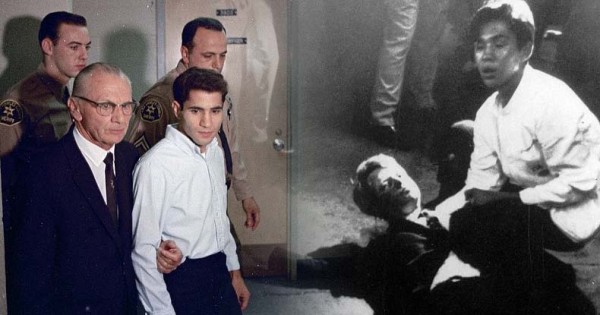 Despite the fact that Sirhan Sirhan shot him in the head nearly 50 years ago, Paul Schrade attended the convicted assassin’s parole hearing this week to both forgive Sirhan and defend the shooter’s innocence in the assassination of Sen. Robert F. Kennedy. After decades of research into the assassination and witnessing the event first-hand, Schrade continues to assert that Sirhan physically could not have fired the fatal bullet that killed Kennedy.

Shortly after midnight on June 5, 1968, two months after the assassination of MLK, Kennedy entered the kitchen of the Ambassador Hotel in Los Angeles when Sirhan stepped towards him and opened fire. While Kennedy shook hands with the hotel kitchen staff, Schrade stood six to eight feet behind him. As the labor chairman of Kennedy’s presidential campaign, Schrade followed the senator through the kitchen until Sirhan emerged in front of Kennedy and shot Schrade about an inch below his hairline in the center of his forehead. The bullet struck Schrade’s skull but didn’t enter his brain.

Standing three feet in front of Kennedy, Sirhan fired a second bullet that missed completely. Hotel maîtres d’ Karl Uecker and Edward Minasian grabbed for Sirhan’s gun and began choking him, but not before he could fire the remaining six bullets from his .22-caliber revolver, wounding four more people.

Although Sirhan’s pistol only held eight bullets, four shots struck Kennedy while another five bullets wounded others. Hours after the shooting, FBI Agent William Bailey found two more bullets in the center divider of the pantry door frame. After analyzing an audio recording of the assassination, audio expert Phil Van Praag determined that 13 shots had been fired, indicating a second gunman.

“No witness saw Sirhan’s gun close to Robert Kennedy or behind him,” Schrade told the Saratogian last year. “He was three feet in front of Kennedy. We need to take the evidence we have in the files and try to find out who the second gunman was and if there was a connection with Sirhan. If all else fails, I’m going to have to go public and accuse the justice establishment of not bringing justice to RFK. He deserves it and the family deserves it.”

According to L.A. County Coroner Dr. Thomas Noguchi, one bullet grazed the senator’s jacket and three bullets hit Kennedy from behind with the fatal bullet fired from only an inch away at an upward trajectory. Witnesses recalled Sirhan’s gun never came within two to five feet of Kennedy, who remained standing in front of him.

In advance of Sirhan’s recent parole hearing, Schrade wrote, “The LAPD and LA DA knew two hours after the fatal shooting of Robert Kennedy that he was shot by a second gunman and they had conclusive evidence that Sirhan Bishara Sirhan could not and did not do it. The official record shows that [the prosecution at Sirhan’s trial] never had one witness – and had no physical nor ballistic evidence – to prove Sirhan shot Robert Kennedy. Evidence locked up for 20 years shows that the LAPD destroyed physical evidence and hid ballistic evidence exonerating Sirhan, and covered up conclusive evidence that a second gunman fatally wounded Robert Kennedy.”

Less than three months after the assassination, the LAPD incinerated thousands of documents and pieces of evidence related to Kennedy’s death. Besides destroying physical evidence, including door jambs and ceiling tiles taken from the kitchen of the Ambassador Hotel, the LAPD also burned 2,140 police photographs related to the murder. Calling for a reinvestigation into Kennedy’s murder in December 1974, Schrade led the campaign to eventually declassify the remaining LAPD documents in 1988, after 20 years of being suppressed.

Included among the exposed LAPD documents were multiple witness testimonies regarding a young woman in a polka dot dress speaking with Sirhan before the shooting. Many of the witnesses, including Sandra Serrano and Evan Freed, reported seeing the young woman escaping with a different man while exclaiming, “We shot him! We shot him!”

After interviewing Sirhan over the course of two years and ruling out any major mental illnesses, including dissociative identity disorder and paranoid schizophrenia, renowned Harvard psychologist Dr. Daniel Brown determined Sirhan had likely been subjected to coercive suggestive influence and hypnotic programming. At the time of Kennedy’s assassination, the CIA had been running mind control experiments under the codename MKUltra. Securing thousands of government documents under the Freedom of Information Act, Dr. Brown’s colleague, former Georgetown Law Professor Alan Scheflin discovered at least three redacted documents describing “successful assassinations in other countries using the unconscious assassination method… The documents also demonstrate that a combination of sensory deprivation, hallucinogenic drugs, and hypnosis were used in training unconscious assassins.”

During his sessions with Dr. Brown between 2008 and 2010, Sirhan recalled the bartender, a young woman wearing a polka dot dress, and a man wearing a suit at the Ambassador Hotel making strange hand gestures and squeezing his shoulder in an odd manner. Psychologists and hypnotherapists have discovered that visual cues and tactile signals along with trigger words can often activate post-hypnotic suggestions in a person with very high hypnotizability. When asked how he could have known Kennedy’s official route had been changed at the last minute without even his bodyguard’s knowledge, Sirhan explained that the woman in the polka dot dress led him into the kitchen.

Although Sirhan’s first bullet nearly killed him, Schrade appeared at his parole hearing this week to defend the shooter’s innocence regarding Kennedy’s death. Sentenced to death in 1969, Sirhan’s sentenced was commuted to life in prison when the California Supreme Court briefly outlawed capital punishment in 1972. After the parole hearing, Schrade apologized to Sirhan and attempted to shake his hand, but the guard blocked them.

Another person who pulled out a gun on the night of Kennedy’s assassination was a security guard named Thane Eugene Cesar. Hired by Ace Guard Service to protect Kennedy at the Ambassador Hotel, Cesar also worked at the Lockheed Aircraft plant in Burbank, a job that required a security clearance from the Department of Defense. Although Cesar claimed he had sold his .22 pistol before the assassination, a receipt with his signature revealed he actually sold the revolver three months after Kennedy’s death.