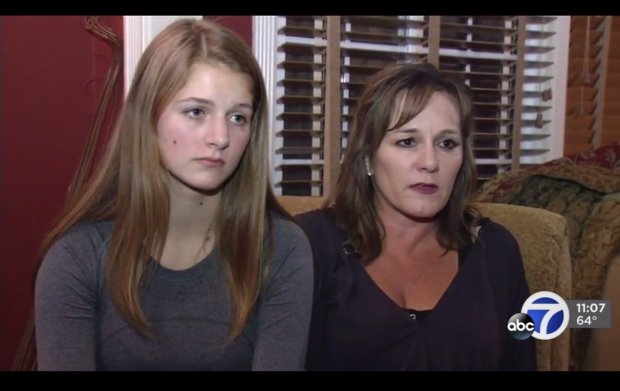 This week, there has been a wave of crimes against Trump supporters — including violent assaults on an 11-year-old boy and a female California high school sophomore.

Meanwhile, the liberal media have been blasting out any Facebook post containing a claim of bigotry, sexism, or hate crimes into virality — even without confirming them — and the police are debunking them one by one.

An 18-year-old Muslim University of Louisiana at Lafayette student’s story went viral after the election, as she claimed that she was accosted by two white men on Wednesday morning. She asserted that one of the men was wearing a Trump hat, and that they had shouted racial slurs at her, knocked her down, stole her wallet, and ripped her headscarf off her head. Her post about the incident was shared by seemingly every liberal social media influencer and less-credible journalist.

She has now admitted to the Lafayette Police Department that she lied. Her lies were not harmless, either. They were used to stoke racial division and claims that Trump’s election is creating an atmosphere of hate — ironically stoking the hate towards supporters of the Republican candidate.

She is now facing potential charges and disciplinary action from her university.

“We don’t take this lightly, and it’s made national headlines now,” Lafayette Police spokesman, Officer Karl Ratcliff, told the Associated Press. “There will be consequences.”

“She made up the entire story about being attacked, about her hijab being taken. There was no truth to any of it,” he added.

The day after the election, an 11-year-old elementary school student was attacked in his Stafford, Texas, classroom and left on crutches after other students had asked the class who voted for Trump.

The boy stated that there was a teacher present in the classroom, but that it felt like he was on the floor “forever.”

In California, Jade Armenio, a sophomore at Woodside High School, was violently attacked over posting her support for Trump on Instagram.

Multiple students filmed as Armenio was thrown to the ground and viciously attacked. She was left with a bloody nose, scratches and bruises.

Quotes defending Armenio’s violent criminal attacker are even being published in the media.

“A self-described mentor for the girl who attacked Jade urged compassion for the suspended student. ‘We don’t want a mistake during a highly emotional and intense time to affect her long-term future,’ said Khabral Muhammad, a life coach at Live in Peace, a nonprofit group supporting East Palo Alto youth,” Mercury News reported.

The attacker has been suspended and is facing an expulsion hearing, as she is clearly a danger to other students.

As we reported yesterday, monuments have been vandalized with slogans such as “die whites die,” and there have been a string of other violent attacks on Trump supporters by these hateful leftist mobs.

Despite the attackers clearly stating their motive for the violence as they filmed it, liberal media sites such as Snopes have shamefully attempted to write this off as a “traffic altercation.”

On election night outside the White House, Trump supporters were surrounded by threatening mobs who were stealing their flags and lighting them on fire, ripping up their signs, and even stooping to violence.

In Louisiana, a famous monument was vandalized with messages of hate for white people. 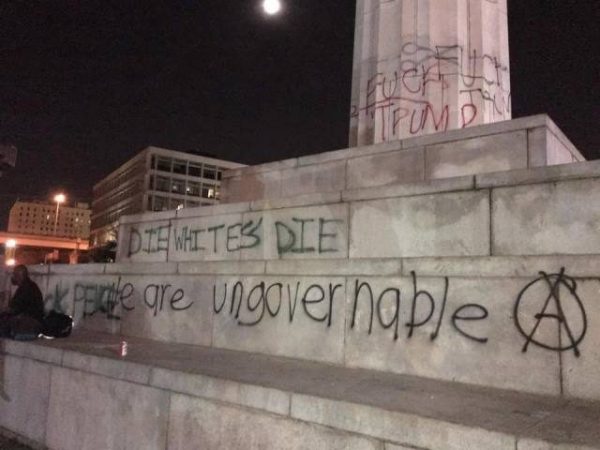 So, as the media continues to lie and spread these false stories of hate crimes, Trump supporters, including children, are actually in danger.

This blood is on the hands of Hillary Clinton and the lying liberal media who spent a year and a half painting Trump supporters as sexist dangerous Nazis — and those who continue to use these false reports of hate crimes to keep pushing that narrative. Shame on you.