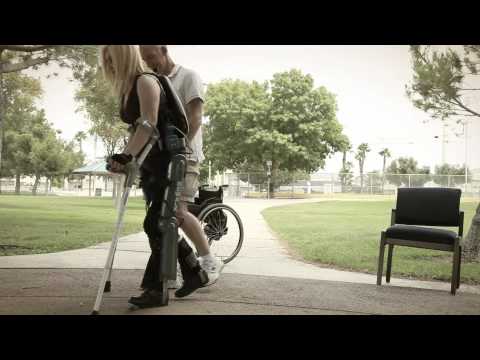 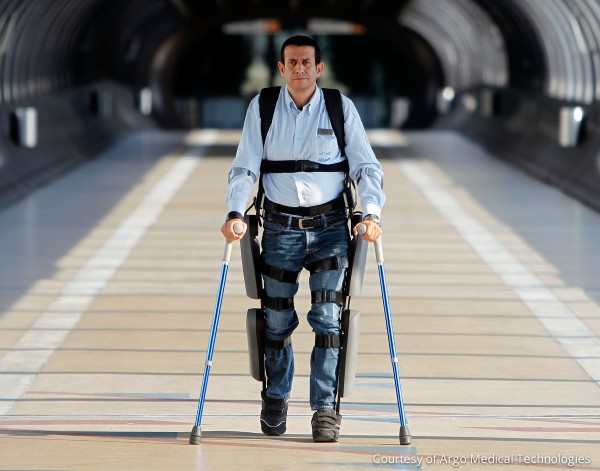 People who can’t stand can now walk by putting on a device called Rewalk. Rewalk is a robotic exoskeleton that works like a mechanical set of legs and crutches.

It was unveiled over the weekend at React, a spinal cord injury recovery gym in Dallas, Texas. Marcela Turnage, who hasn’t walked in 12 years after suffering a spinal injury in a car accident, used Rewalk to walk at the gym.

“It has changed my life,” Ms. Turnage said. “It has given me a different perspective about life.”

Rewalk powers movement of the hips and knees, so paralyzed people can stand, walk, and turn. Its backpack houses a 28-volt lithium-ion battery which reportedly lasts 8 hours on a single charge; it also comes with a back-up battery, so the exoskeleton can be used all day.

The on-board computers and motion sensors allow users to walk naturally and even climb stairs. Once the tilt sensor detects the body shift its weight forward, Rewalk takes its first step.