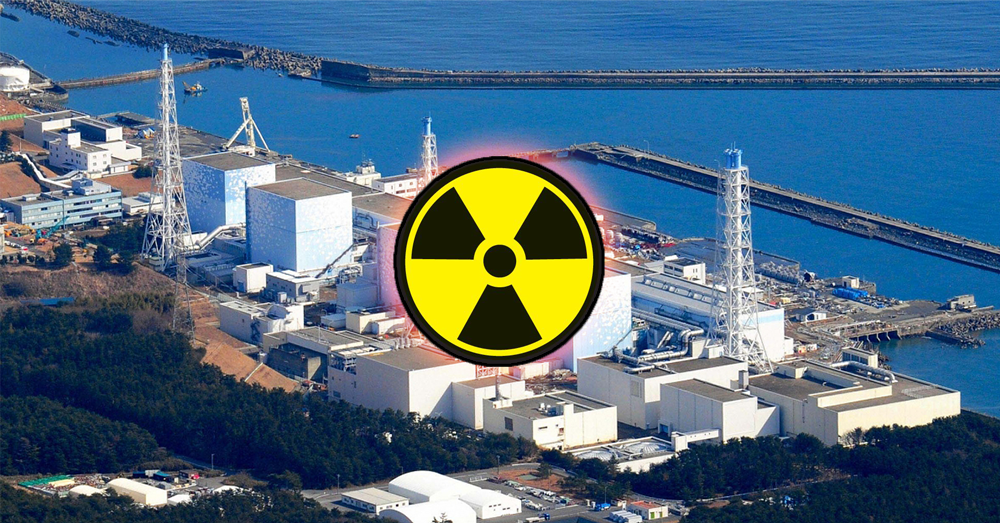 Radiation at Fukushima’s nuclear power plant is reportedly at its highest level since the tsunami-triggered meltdown nearly six years ago. It is being said that it will take 40 years to decommission the plant, but even that estimate may be too optimistic.

Tepco (Tokyo Electric Power Company) and its network of partner companies at Fukushima Daiichi have yet to identify the location and condition of melted fuel in the three most seriously damaged reactors.

Professor Christopher Busby from the European Committee on Radiation Risks, gave RT his insight into the recent developments in Japan:

#Radiation from #Fukushima has reached #Oregon yet national media, not a peep. #Disturbing https://t.co/N8g6qoGFN7

It has been reported that TEPCO found an area with higher levels of radiation than they had seen before. To do this, they used a 10.5-meter-long (34.4-foot-long) telescopic arm, examining an area inside reactor 2 called the “pedestal”.

A camera attached to the arm revealed what looks like a grating that had been melted by exposed fuel from one of the reactors. The images show a square hole measuring 1 meter (3.3 feet) on each side, believed to have originated from melted fuel rods from a pressure vessel above.

Earlier this week, the utility released images of dark lumps found beneath reactor No. 2 that it believes could be melted uranium fuel rods – the first such discovery since the disaster.

If confirmed, this would be the first melted fuel found from the reactor – an important step towards decommissioning the plant itself.

“Nuclear fuel in the Primary Containment Vessel (PCV) was exposed to the air and melted from the impact of [the] March 2011 Great Earthquake,” TEPCO noted in a media handout. “As a result of the accident analysis, it was found that a portion of melted nuclear fuel might have been fallen [sic] inside the pedestal.”

The facility’s operator, Tepco, said atmospheric readings as high as 530 sieverts an hour had been recorded inside the containment vessel of reactor No 2, one of three reactors that experienced a meltdown when the plant was crippled in 2011.

The recent reading, described by some experts as “unimaginable”, is far higher than the previous record of 73 sieverts an hour in that part of the reactor.

[RELATED: Wave of babies born in Japan with extra arms and legs due to Fukushima radiation… Stillbirth numbers on the rise]

It is indisputable that there is a daily flow of radioactively-contaminated groundwater into the ocean. The flow is approximately 80,000 gallons per day of relatively low-level radioactive waste water. The storage tanks contain 800,000 tons of highly radioactive water. Every day they pour a hundred tons of water on each of these three melted-down cores. Sometimes they lose those tanks. They leak, they overflow – it is an ongoing catastrophe.

Quantities of melted fuel are believed to have accumulated at the bottom of the damaged reactors’ containment vessels, but dangerously high radiation has prevented engineers from accurately gauging the state of the fuel deposits.

State-of-the-art robotic technology, of which Japan is a leader, can only last so long because the electronics get fried by the gamma radiation and, possibly, the neutron radiation inside. Perhaps future technological developments and robotics can help.

In order to decommission Fukushima, engineers first need to find the melted fuel. TEPCO still don’t know where the cores are. Removing it safely represents a challenge unprecedented in the history of nuclear power.

Once the fuel has been found, it’s thought it will take four decades to completely decommission Fukushima. The total cost of the project is expected to cost an eye-watering 21.5 trillion yen ($188 billion), which is almost double an estimate in 2013.

The original meltdown at Fukushima was caused when a 9.0-magnitude earthquake off the northeast coast of Japan triggered a tsunami on March 11, 2011. More than 18,500 people were killed, and the backup power supply at Fukushima was destroyed, causing three of its six reactors to fail. About 160,000 people had to be evacuated as a result, with little prospect of ever returning.

One website suggests the original disaster was a meteorological terrorist attack launched against Japan by the New World Order. Heneghan proposes that the NSA Virus “Stuxnet” hacked Fukushima before HAARP caused the earthquake. We Are Change can’t verify these claims but it certainly makes fascinating reading.

As Tokyo plans to host the 2020 Olympics which will bring in many millions of extra people into this already densely populated area, TEPCO and the Japanese government must be hoping nothing goes wrong with the radioactive waste storage pools. They could still potentially go up in flames. This would then necessitate the evacuation of all of Northeast Japan – up to 50 million people.

[RELATED: Japan Finally Admits The Truth: “Right Now, We Have An Emergency At Fukushima”]

[RELATED VIDEO: Radiation Levels Are Off The Charts In Fukushima]

[RELATED VIDEO: Inside The Most Dangerous Place In The Planet, Fukushima Exclusion Zone]