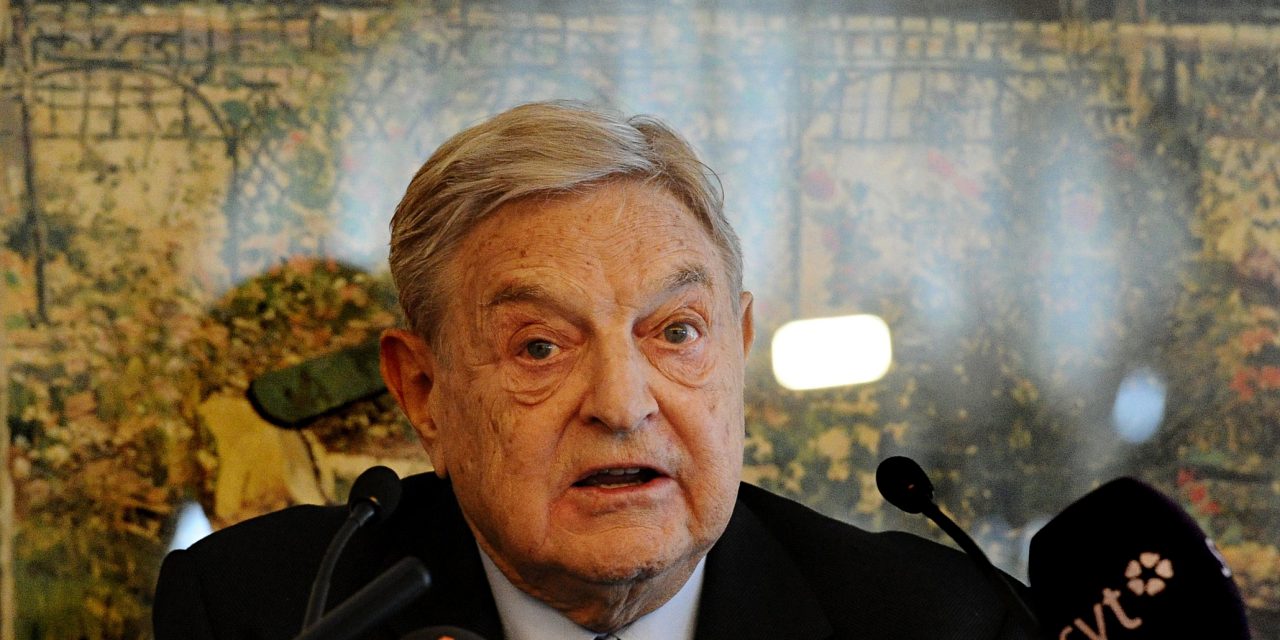 Billionaire investor George Soros has a new prediction for America. While it might be as dire as it gets for the financial wiz, this bet concerns more than just the value of the buck. According to Soros, there’s about to be an all-out class war.

Soros, who is 81, previously bet against the British pound in the early 90s and made $1 billion off its collapse. In the years since, he’s remained active in investing, but also in advocacy. He’s helped keep Wikipedia afloat thanks to impressive contributions and through donations to the Tides Center, has indirectly funded Adbusters, the Canadian anti-capitalist magazine that put Occupy Wall Street on the map. Speaking to Newsweek recently, Soros neglected to acknowledge his past successes, but instead offered a word of warning: a period of “evil” is coming to the western world.

“I am not here to cheer you up. The situation is about as serious and difficult as I’ve experienced in my career,” Soros tells Newsweek. “We are facing an extremely difficult time, comparable in many ways to the 1930s, the Great Depression. We are facing now a general retrenchment in the developed world, which threatens to put us in a decade of more stagnation, or worse. The best-case scenario is a deflationary environment. The worst-case scenario is a collapse of the financial system.”

Soros goes on to compare the current state of the western world with what the Soviet Union was facing as communism crumbled. Although he would think that history would have taught the globe a thing or two about noticing trends, Soros says that, despite past events providing a perfect example of what is to come, the end of an empire seems imminent.

“The collapse of the Soviet system was a pretty extraordinary event, and we are currently experiencing something similar in the developed world, without fully realizing what’s happening,” adds Soros.

Soros goes on to say that as the crisis in the Eurozone only worsens, the American financial system will continue to be hit hard. On the way to a full-blown collapse, he cautions, Americans should expect society to alter accordingly. Riots will hit the streets, says Soros, and as a result, “It will be an excuse for cracking down and using strong-arm tactics to maintain law and order, which, carried to an extreme, could bring about a repressive political system, a society where individual liberty is much more constrained, which would be a break with the tradition of the United States.”

The recent adoption of the National Defense Authorization Act for Fiscal Year 2012 and the proposed Enemy Expatriation Act, if approved, have already very well paved the way for such a society. Under the NDAA, the US government is allowed to indefinitely detain and torture American citizens suspected of terror crimes without ever bringing them to trial. Should lawmakers Joe Lieberman (I-CT) and Charles Dent (R-PA) get their Enemy Expatriation Act through Congress, the US will also be able to simply revoke citizenship without trial, essentially removing constitutional rights from anyone deemed a threat.

Others have cautioned that, as inequality becomes more rampant in America, the country’s citizens are becoming increasingly agitated with those on the other side of the extreme. In a recent survey released by the Pew Research Center, 66 percent of the adults studied believe that either “very strong” or “strong” conflicts exist between America’s elite and the impoverished, a statistic that has skyrocketed in recent years. Between 2009 and 20011, the proportion of those that sense conflicts exist as such between the class groups grew by 19 percentage points. While less than half of Americans fearing a fight brewing at the dawn of the Obama administration, today two-out-of-three Americans feel that there is a strong conflict between both extremes of society.

Addressing the issue of inequality, Soros tells Newsweek that the main issue that will make or break a reelection for US President Barack Obama will be whether or not the rich end up being taxed more. Among the current frontrunners in the Republic Party’s race for the GOP nomination, wealth and taxes have been of the biggest concern of party rivals. The top candidates have made millions off of investments, and at a time of immense inequality, represent what 99 percent of Americans don’t. Taxing the rich to a bigger degree might finally bring a chance, and Soros says, “It shouldn’t be a difficult argument for Obama to make.”

Soros adds that if the US manages to make it through the troubled times to come, it come allow the nation to enter another golden era. “In the crisis period, the impossible becomes possible. The European Union could regain its luster. I’m hopeful that the United States, as a political entity, will pass a very severe test and actually strengthen the institution,” he tells Newsweek.

With almost seven percent of Americans living below half of the poverty line, four unemployed Americans for each job, ashrinking middle class and an increasingly overzealous police state, it could very well be a tough road to get there, though.