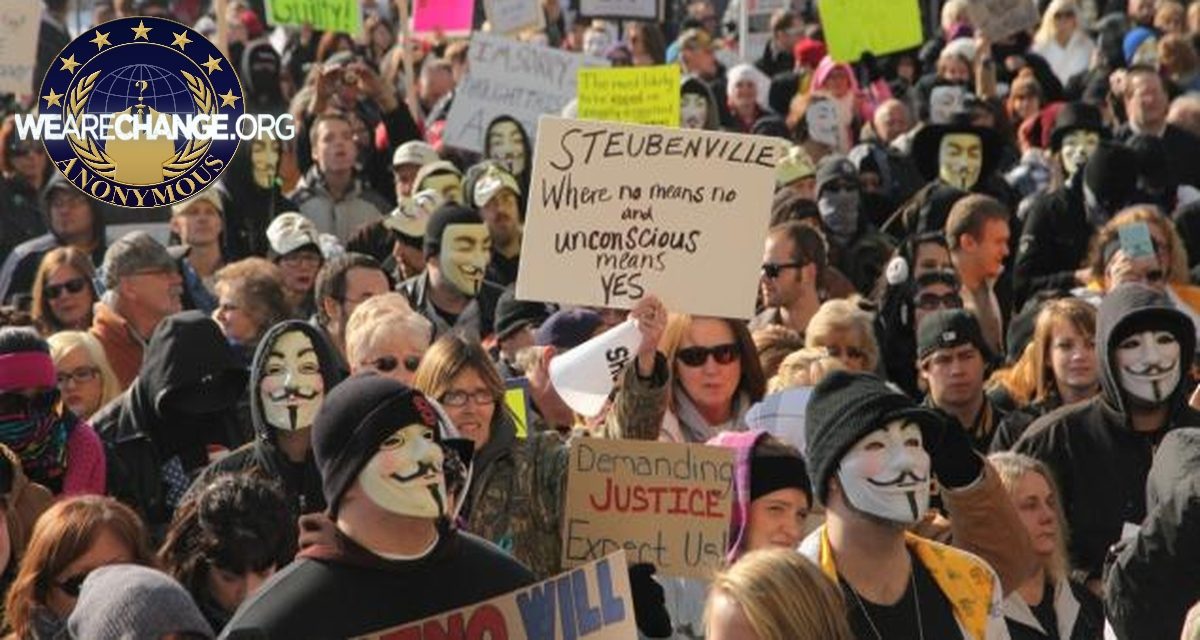 A Kentucky man who, in 2012, hacked into an online account for followers of a Ohio high school’s football team to expose a gang rape of a teenage girl has pleaded guilty to charges associated with the hack. He is facing a longer term than the rapists.

Earlier this week, Deric Lostutter, 29, known online as “KYAnonymous,”pleaded guilty in federal court in Kentucky to one count of conspiracy and one count of making false statements to law enforcement agents for his hack of the Steubenville (Ohio) High School football fan website Roll Red Roll in December 2012.

Lostutter has said he hacked into the site to expose information about the gang rape of an unconscious teenage girl from West Virginia by members of the football team. Two of those team members, Trent Mays and Malik Richmond, were eventually sentenced to serve time — two years and one year, respectively — in a juvenile detention center for rape and kidnap.

The Roll Red Roll site was hacked with a video from “KYAnonymous” which showed evidence of the 2012 rape, including video taken and shared by the crime’s perpetrators in which they joked about the assault. The hack also included threats to disclose details of the school faculty members and parents involved in covering up the rape if those who were responsible didn’t come forward and apologize.

In a plea agreement, Lostutter said he conspired with another hacker, Noah McHugh, to access the fan site in December 2012, four months after arrests were made in the case. The pair intended “to bring attention to the August 2012 rape, to harass and intimidate people, and to gain notoriety and publicity for their online identities,” according to Lostutter’s plea agreement, Reuters reported.

Lostutter faces a maximum of up to five years in prison for each charge. He will be sentenced in March, Reuters reported. His defense did not comment on the plea agreement. In September, he pleaded not guilty to four felony counts of hacking.

McHugh pleaded guilty in September to illegally accessing a computer.

The rape case made national headlines following the arrest of the two Steubenville High School football team members in August 2012. The self-proclaimed “rape crew” dragged the unconscious victim from party to party and later shared videos and photographs of the assaults.  The teenage girl said she drank from a red cup and became so intoxicated she couldn’t stop the assault.

When the victim attempted to press charges, her character was attacked in the town, leaders of which have been accused of trying to cover up the crime. Following the conviction of Richmond and Mays, a grand jury indicted four school officials over the scandal, with half of the charges related to another rape of a 14-year-old girl in April 2012.

In 2015, the school’s technology director pled guilty to deleting files related to the football-related rape case.