Hundreds Arrested At ‘Democracy Spring’ Sit-In At The US Capitol 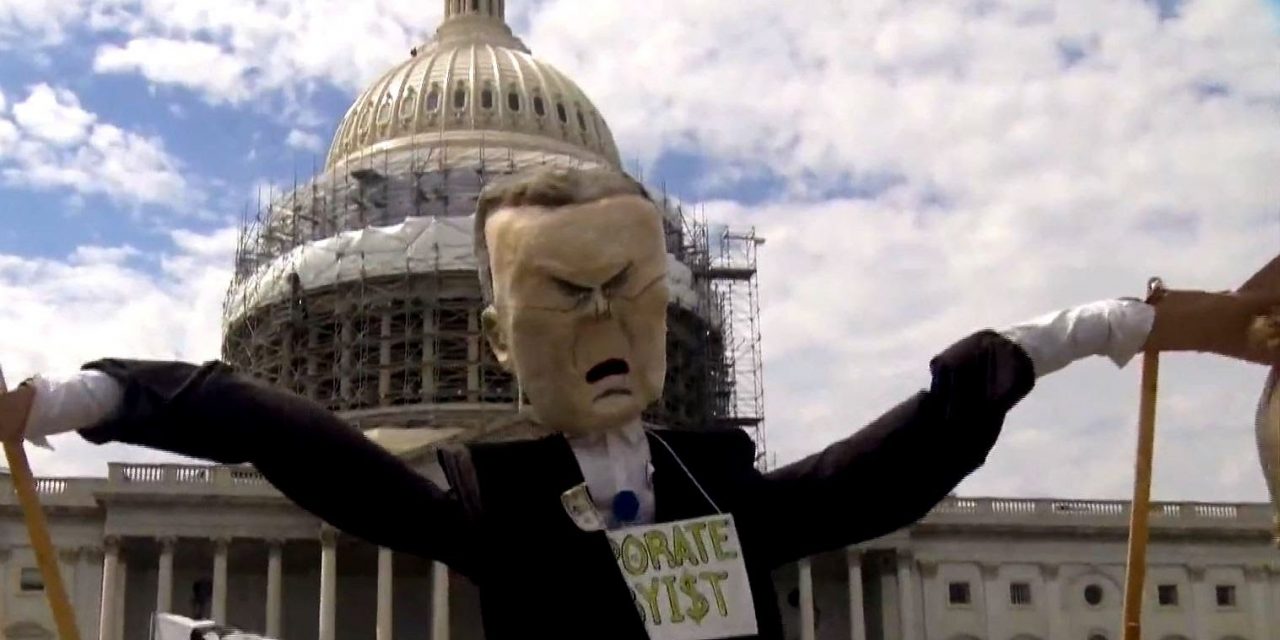 Hundreds Arrested At ‘Democracy Spring’ Sit-In At The US Capitol

Record for most people arrested at one protest.

Hundreds of “Democracy Spring” protesters have been arrested on the steps of the US Capitol.

Thousands of activist arrived in Washington DC, after a ten day, 140-mile (225km) march from Philadelphia’s Liberty Bell, in protest against corruption in politics.

Starting April 11th, thousands of Americans will sit-in on the US Capitol in Washington, DC in what will be the largest act of civil disobedience this century.

According to Russia Today the protest appears to have broken the record for the number of people arrested at the US Capitol.

At least 10 buses have been used to transport arrestees from the sit-in at the Capitol. 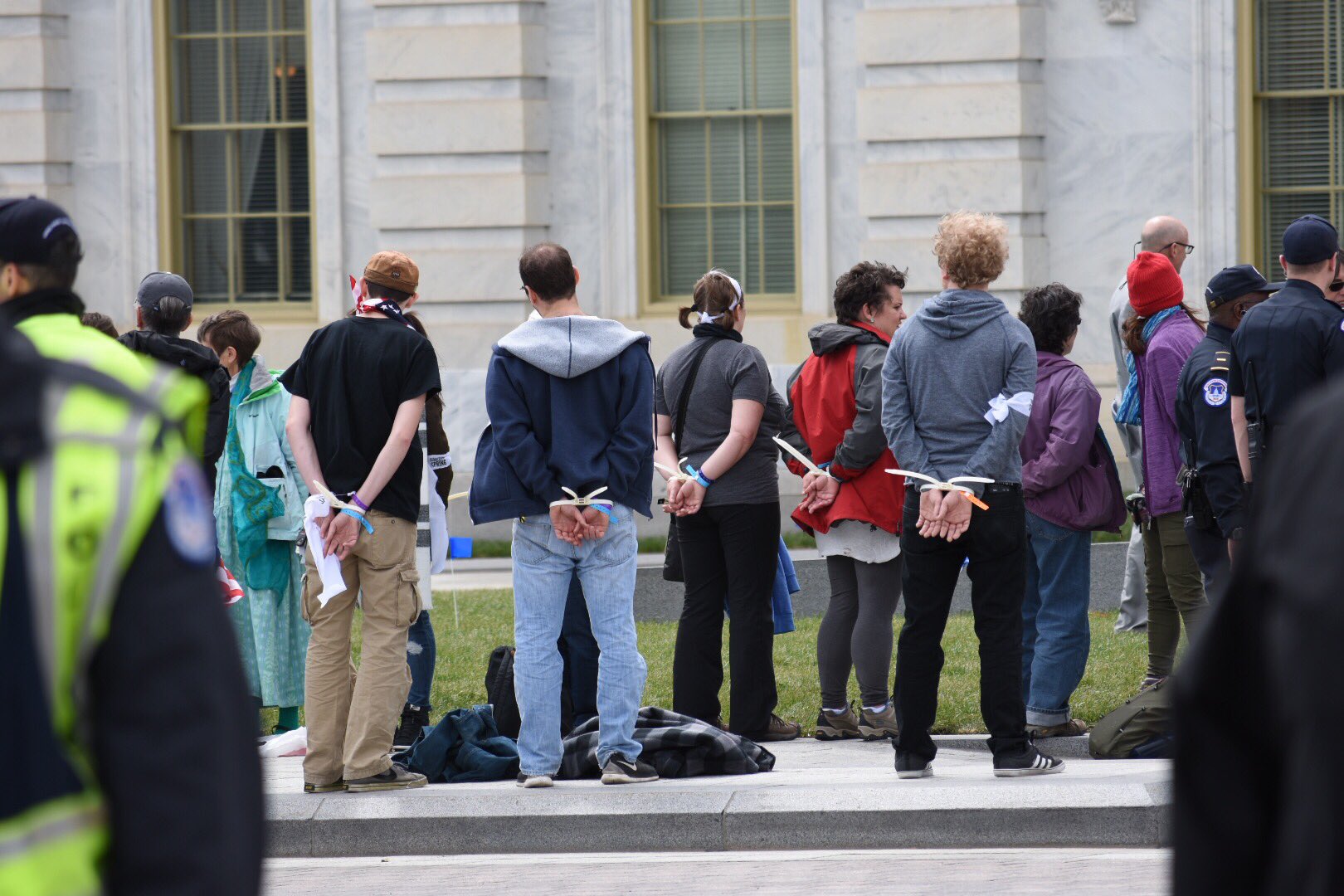 Arrests being lined up in front of a police bus. #DemocracySpring

“The fight begins today. It doesn’t mean we win today. But in the end, we always win,” Uygur said. “Progressives have never lost. We won in civil rights, we won in women’s rights, we won in gay rights, and we’re going to win in getting our democracy back.”

With the goal “to claim the democracy we were promised”, various advocacy groups headed up by Ralph Nader’s Public Citizen and 99Rise.org, plan to hold a “mass sit-in” over the next eight days in the hope of persuading Congress to tackle “corruption of big money in politics and ensure free and fair elections”, according to campaign director Kai Newkirk.

In addition to putting their bodies on the line, activists will use technology to hold “call-in days”, submit online petitions, and organize “Twitter storms” to raise awareness of their campaign, which they have described as “one of the largest civil disobedience actions in a generation.”

After arriving in DC on Sunday, organizers held civil disobedience training for activists ahead of Monday’s advance on the Capitol, with attendance higher than expected.

Some attendees are understood to have been turned away due to the large number of people and asked to return for Monday’s training classes instead, which have also attracted large crowds.

“We hope that it will be the beginning of the end of the corruption of our democracy,” Newkirk told RT, stressing their main pledge is to make Congress pass “four bills that we’re pushing for,” referring to theGovernment by the People Act, Fair Elections Now Act, the Voting Rights Advancement Act of 2015 &Voter Empowerment Act of 2015, and the Democracy for All Amendment.

While the first day of the sit-in includes everyone, organizers have drawn up a schedule of events with each day focusing on a different theme and demographic, including elders, young folks, students, and activists from racial justice and labor solidarity movements.