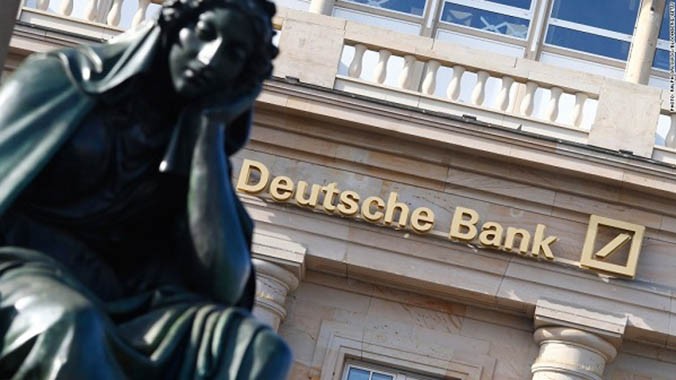 For years the Internet and the alternative media, including Zero Hedge WARNED in 2014 that Deutsche Bank debt was $75 Trillion in to derivatives or 20 times greater than the German GDP. Now the IMF is warning Deutsche Bank is the world’s most dangerous bank.

Deutsche Bank has never been able to recover from the first financial crisis.
Now experts and the IMF are warning those derivative bubbles could pop. Big enough to bring down the entire European financial system as we warned prior to Brexit. The Brexit vote could bring down the British Pound Sterling and the European Union.

Deutsche Bank also failed a test of financial strength administered early in the year by the IMF. The U.S. Fed also expressed concerns early last month in June, about the stability of the German Bank when Deutsche Bank failed the Fed Reserve’s annual stress test, causing Deutsche Bank shares to fall to a 30 year low. 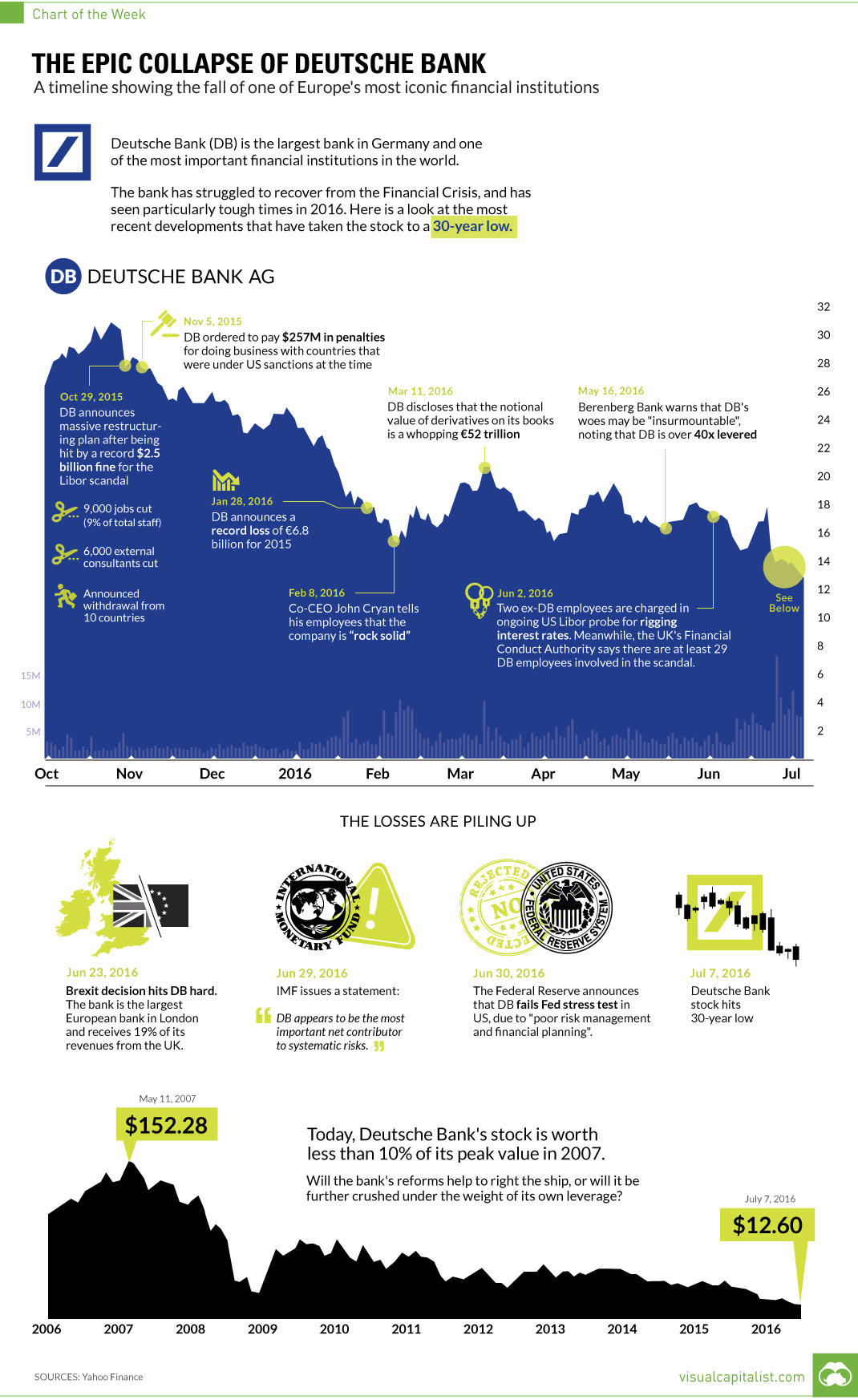 “If this non-performing loan problem is worth one, the question of derivatives at other banks, at big banks, is worth one hundred. This is the ratio: one to one hundred.”  ~Italian Prime Minister Matteo Renzi said.

Deutsche Bank shares have previously fell 40% back in February, after Brexit and failing a stress test shares have fallen more to a low of 50% down — that’s worse than when the Lehman Brothers collapse happened. Deutsche Bank receives 19% of its revenues from the U.K., so it’s hurting from Britain’s exit from the European Union.

Is this a sign of whats to come? Deutsche Bank has been propped up on fraud for years and now it seems without that fraud it can’t withstand the markets and investors. The Deutsche Bank CEO has even expressed uncertainty that Deutsche Bank will even make a profit this year. In October 2015, Deutsche Bank said they would cut 35,000 jobs, and exit 10 countries.

Now David Folkerts-Landau, the chief economist of Deutsche Bank, has called for a multi-billion dollar bailout for European banks yesterday. This again seems like another sign that we are headed for another Economic Collapse event that according to several economists including Jim Willie will be far worse than 2008.