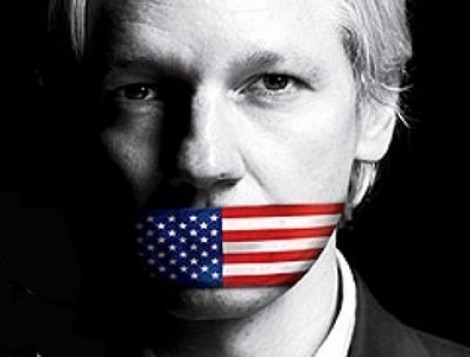 A viral 4chan thread has had the internet in a frenzy with rumors that Wikileaks is compromised and its founder, Julian Assange, is either dead or missing.

Wikileaks dismissed the rumors, but did not disclose concrete information about whether Assange is alive.

It is never a good idea to start a story by using an anonymous message board to back your claims—let alone 4chan /pol/ aka politically incorrect.

However, here is a list of events put together by Breitbart editor Milo Yiannopoulos that raise questions about Assange’s well-being:

Oct. 7, 2016: Wikileaks starts to release the Podesta emails, revealing crimes and damaging information to the Clinton campaign and DNC.

Oct. 15, 2016: Pamela Anderson (Who Has Ties To Spirit Cooking) Brings Food To Assange At The Ecuadorian Embassy.

Oct. 17, 2016: A Wikileaks volunteer tweets “You can’t go in without an appointment. Julian is confirmed to be perfectly fine. Thanks for your support and for checking.”

Oct. 18, 2016: Fox news reports Assange will be arrested within a matter of hours.

Oct. 23, 2016: Wikileaks Twitter account tweets a poll asking how best to prove Assange is alive people ask for a video and none is provided.

Nov. 5, 2016: RT releases an interview with Julian Assange with John Pilger. However the interview is edited and Assange never comments on current events.

Nov. 12, 2016: Swedish prosecutors arrive at the embassy but Assange’s lawyers are barred from attending and the meeting was conducted via an Ecuadorian ambassador not face to face.

Yiannopoulos released a video questioning whether Assange is still alive. It should be noted that Yiannopoulos missed the conference where Assange allegedly spoke on Oct. 26, in Buenos Aires via the telephone. While this might not be enough evidence for some, I personally believe that Assange is alive and well because of the subjects he goes into. But the audio did have static problems at points during the broadcast.

Next, there is the issue that many see in the insurance file. Some have interpreted this as an encryption commitment scheme, and they are saying that these are SHA256 hashes. However, none of the files on the Wikileaks site, nor the files in the wikileaks insurance torrent, check with any of these hashes. You can double check this using any of these MD5/SHA1 hash checking tools.

This leads one to believe that these are partial keys or passwords to decrypt the files within the wikileaks insurance files and not SHA256 hashes which many have missed.

If Assange is alive and well, it should be no problem for WikiLeaks to provide proof for their supporters using a video-camera. However, even if WikiLeaks does release a video of Assange, there is likely still concern within many that it might not be authentic, given the fact that we live in an age where both audio and video can be manipulated.

Given the threats to WikiLeaks that have occurred so far in 2016, some fear that the organization has been compromised. In August, an unknown potential assassin climbed a balcony at Ecuador’s London embassy just months before the Podesta emails were leaked.

By not releasing accurate information about Assange’s whereabouts, Wikileaks is only fueling the fire of speculation that something may have happened to him. Until Assange’s well-being and location are verified, the conspiracies will continue to run rampant claiming that he is dead.