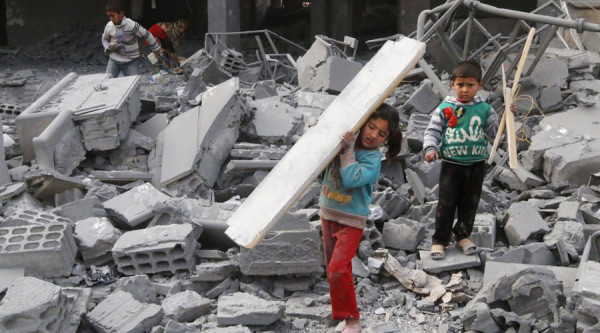 The group’s director Chris Woods, an investigative journalist with expertise in conflict studies, has written to Defence Secretary Michael Fallon requesting an investigation into the allegations.
Accompanying the letter is a table detailing eight separate incidents in the Iraqi cities of Mosul and Ramadi that Airwars says may have involved British aircraft.

Wood’s letter to Fallon, seen by RT, says at least 88 non-combatants appear to have been killed by coalition forces in Iraq in December 2015. It further states that eight incidents occurred in Ramadi and Mosul that month on days when Britain’s Royal Air Force (RAF) conducted strikes there.
A house is pictured after it was destroyed by a Saudi-led air strike in Yemen’s capital Sanaa January 8, 2016. © Khaled Abdullah
Britain’s sale of arms to Saudi Arabia violates international law – lawyers
While Woods acknowledged other coalition members also conducted strikes in these regions during the same period, he called on the government to investigate the matter.

Woods said Airwars’ provisional assessment is that four of these eight incidents confirmed coalition or British airstrikes in the vicinity, and had been reported on in a credible manner. He said the likely number of deaths from these events appeared to be between 23 and 32 non-combatants. 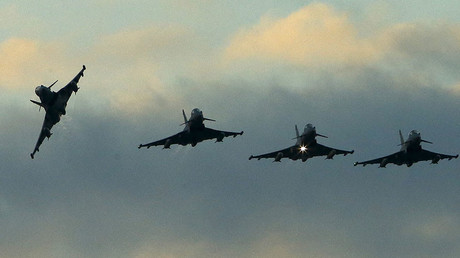 The British government has previously refused to accept evidence of civilian fatalities resulting from UK airstrikes in Iraq and Syria. Fallon, Prime Minister David Cameron and various government officials claim there are no reports of civilian casualties in Iraq or Syria linked to British airstrikes.

However, Woods argued in his letter this argument has now been discredited.

“As a matter of some urgency, we … call on the Ministry of Defence [MoD] to initiate an inquiry into whether Royal Air Force aircraft were involved in any of the eight alleged incidents claimed for Ramadi and Mosul in December,” he said.

“While such an investigation would doubtless rely significantly upon pre- and post-strike aerial surveillance, we would urge you to broaden any inquiry to include other sources.”

Woods stressed that the exiled governors of Anbar and Nineveh provinces would be able to assist with such an inquiry. He also noted global and regional news agencies and social media sites often contain considerable evidence relating to such incidents.

“It is our view that in December, there were plausible reports of civilian non-combatant fatalities in cities where UK airstrikes were also confirmed that day,” he said.

“We ask that you initiate a proper inquiry into these claims at the earliest possible opportunity.”

Woods also called on the government to release the findings of its investigation as soon as possible.

Britain uses Brimstone missiles on ISIS targets in Syria for first time
The MoD confirmed it had received the letter from Airwars highlighting civilian casualties that may have stemmed from coalition action. But it denied any evidence had been provided to substantiate the group’s allegations.

“In the hundreds of airstrikes conducted by the RAF there is no evidence of civilian casualties resulting from UK military action in Iraq or Syria,”a spokesperson for the MoD told RT.

“All coalition strike missions are thoroughly reviewed and if there is any suggestion of civilian casualties then a full investigation will be conducted in conjunction with coalition authorities.”

RT further asked the MoD what evidence of civilian casualties caused by UK airstrikes it is prepared to accept. It is yet to offer a response.

Speaking to RT on Tuesday, Woods said the MoD told Airwars it does not accept “external evidence of civilian casualties”from global media organizations, local casualty monitors or NGOs. He also noted Airwars monitors alleged civilian casualties from Russian airstrikes. Woods claimed that 300 events leading up to December 31, 2015, appeared to indicate Russian forces had been responsible for the deaths of civilians in Iraq and Syria.

Airwars describes itself as a non-profit transparency project aimed at tracking and archiving the war against Islamic State (IS, formerly ISIS/ISIL) in Iraq and Syria. It argues independent and trustworthy monitoring of the conflict is essential given 12 coalition states are bombing militants in the region alongside Russian, Iraqi, Iranian and Syrian forces.

In addition to monitoring airstrikes in Iraq and Syria, it also seeks to report and follow up on credible claims of civilian casualties.