Israel Has A Plan To Capitalize On Syria’s Civil War 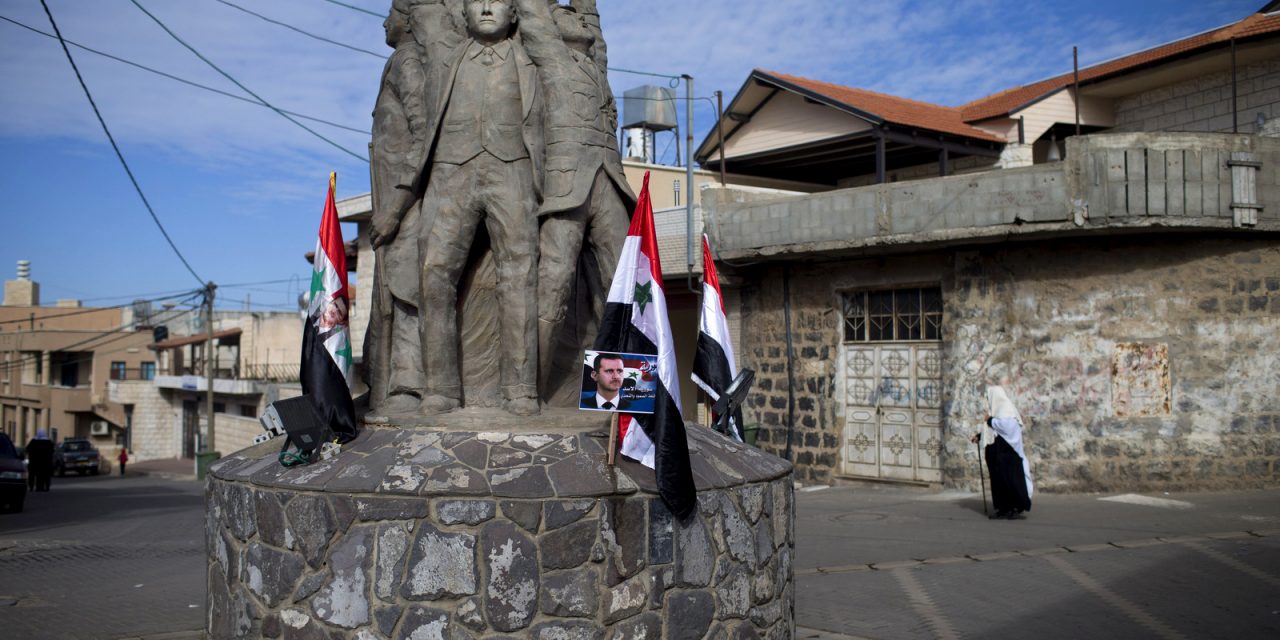 Israel has revealed a new plan to help rebuild war-torn Syria – with the ultimate goal of securing massive stores of natural resources. The plan would rely on significant investment from the U.S., a financial burden that will likely fall hardest on the shoulders of the American public.

When the United States or any other nation disposed to foreign interventionism is forced to justify an invasion, the term “nation-building” is often used prominently in their defense, along with often dubious claims of humanitarianism. While the phrase “nation-building” serves as a useful euphemism – implying that the destructive force of war can actually be something constructive – it is, in practice, nothing more than an updated moniker for neocolonialism.

The six-year-long conflict in Syria is a textbook example of the efforts of several governments to destabilize and then re-create a nation in order to align it according to their own geopolitical and economic interests. As recent evidence has shown, efforts to destabilize the geopolitically and economically strategic nation of Syria date back to the 1980s, when the Reagan administration analyzed the Syrian regime’s potential for destabilization in a purposely provocative manner.

But from 2006 to the present, the United States’ long-standing effort to destabilize Syria has come into its own, ranging from the creation of subversive terrorist groups to the widespread use of weaponized media propaganda, as well as strong sanctions and the ever-present threat of foreign intervention – all in the name of ousting the current Syrian regime led by Bashar al-Assad.

While the U.S. has received most of the attention that has thus far been directed at foreign nations operating covertly in Syria, other countries have been just as involved in bringing about the current conflict, with no plans to halt their operations until Assad has been deposed. Chief among these nations is Israel, a colonial ethno-state that has consistently defended any and all efforts – regardless of their connection to terrorism – that could depose Assad.

With Assad’s regime proving to be more difficult to eradicate than presumed, Israel has now officially announced its plan to “rebuild” Syria. This plan would be funded by the U.S. and would grant Israel what it wants most – sovereignty over the energy-rich Golan Heights. 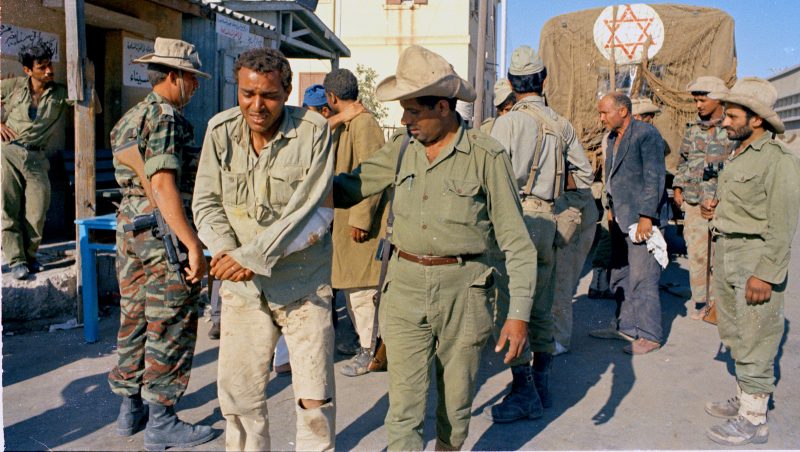 An Israeli soldier is seen with an Arab prisoner, June 1967. (AP Photo)

Antagonism between Syria and Israel has been a strong factor in regional politics since the mid-20th century, when Israel’s founding provoked a series of wars between the Jewish ethno-state and its neighbors. Though Syria was very much involved in these early wars, as well as in clashes with Israel over disputed territory on their shared border, the animosity between the two nations culminated decades later in the Six-Day War of 1967.

This conflict saw the seizure of Syrian, Jordanian and Egyptian territory following these countries’ military defeat at the hands of the Israel Defense Force. Though Israel eventually returned some of the territory it seized, it continued to retain control of the Golan Heights, moving to fully occupy the territory in 1981 through the construction of settlements and the expansion of its military presence in the region.

In the years since, Israel’s expansion has continued despite international opposition, including opposition from the United Nations – which continues to deny Israel official sovereignty over the Golan Heights.

Due to the seizure of this land and other political and military conflicts with Israel over the years, tensions between Israel and Syria have remained high, especially considering that they have technically been in a state of war with each other for several decades. However, aside from the three major wars fought between the two nations, the antagonism between Syria and Israel has largely become more furtive, with Israel beginning to take more aggressive – albeit covert – moves against the Assad regime in the early 2000’s.

Israel’s recent involvement in Syria clearly points to a concerted effort to destabilize the Assad regime and the country in general. According to released Wikileaks cables, Israel’s covert subversion and destabilization of Syria was launched in or around 2006, when the Israeli government created a plan to aggressively destabilize Syria by covert means – with the support of the United States, Turkey, and “moderate Sunni” regimes.

The plan centered around creating “paranoia within the Syrian government; to push it to overreact” by overblowing and creating a domestic threat from Islamic extremists, fomenting sectarian strife and exaggerating Iran’s influence in these and other domestic conflicts. As Wikileaks’ editor-in-chief Julian Assange noted, the cables revealed that the Israeli government felt that if Syria became “sufficiently destabilized, [Israel] might be in a position where it can keep the Golan Heights forever, or even advance that territory.”

This plan laid the groundwork for the emergence of the current conflict in 2011 – chiefly through the funding of Islamic extremists and the strengthening of sectarian divisions. In the years since, Israel has also contributed to destabilization in other significant ways, such as aiding and funding “rebel” opposition groups (including those widely considered to be terrorist organizations); violating already tenuous ceasefire agreements between the Syrian regime and opposition forces and having an illegal troop presence active in Syria to prevent it from “becoming a front against” Israel.

Fomenting sectarianism in Middle Eastern nations is a time-tested strategy that has frequently been used by Israeli political and military interests against nations whose territory it seeks to annex. The decades-old “Yinon Plan” for Israeli expansion, for instance, called for the “dissolution” of Israel’s neighboring states, including Egypt, Syria and Iraq.

As Anti-War noted, “Each country was to be made to ‘fall apart along sectarian and ethnic lines,’ after which each resulting fragment would be ‘hostile’ to its ‘neighbors.’” Thus, it seems logical that Israel would follow the same playbook in Syria, particularly when it is so keenly interested in the Golan Heights.

Israel Capitalizing on Destabilization in the Golan Heights 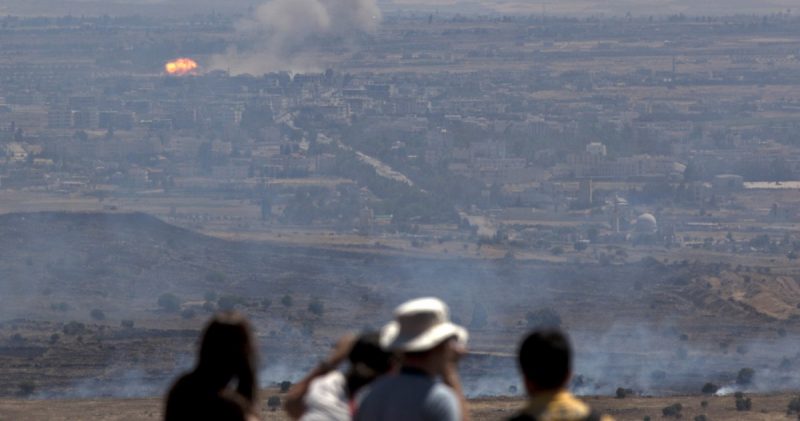 Israeli tourists look at fire caused by fighting in Syria from an observation point on Mt. Bental in the Golan Heights, near the border between Syria and Israel, Friday, June 7, 2013. (AP/Sebastian Scheiner)

The Golan Heights are key to understanding Israel’s interests in destabilizing Syria. At face value, Israel’s greatest interest in retaining control of the region is linked to the large Israeli settler population that has displaced the native Druze and lives in exclusive, Jewish-only communities – communities that have proliferated under the cover of the chaos caused by the current conflict in Syria.

As the crisis in Syria drags on, Israel continues to make efforts to expand its settlements in the Golan Heights, despite the fact that these settlements are considered illegal under international law.

In 2015, Israel announced plans to quintuple the size of its existing settler population of some 21,000 Israelis in the Golan by adding more than 100,000 settlers by 2020. As the New York Times noted at the time, this plan was the work of the “many Israeli leaders and thinkers seizing on the chaos in Syria to solidify Israel’s hold on the Golan.”

However, the expansion and protection of the existing settler population is not Israel’s main interest in the Golan Heights. The expansion of the Israeli settler and military presence in the Golan Heights has been carried out in order to strengthen Israel’s ability to secure the one thing it wants most from the seized territory – significant fossil fuel reserves said to amount to “billions of barrels” of oil.

Controlling the Golan is in Israel’s interests, as it is a nation that lacks key energy resources. Ever since Israel occupied the Golan Heights, there has been the promise of gaining access to that area’s significant shale gas reserves. However, developing these reserves has remained elusive, as its illegal occupation of the area renders any efforts to extract resources illegal as well under international law.

With the Syrians and international community distracted by the chaos caused by Israeli-funded opposition groups, Israeli fossil fuel interests have begun drilling exploratory wells throughout the Golan Heights. Chief among these interests is Afek Oil and Gas, an Israeli branch of the New Jersey-based company Genie Energy, whose investors include Dick Cheney, Jacob Rothschild and Rupert Murdoch – further evidence of the collusion between U.S.-Israeli geopolitical goals that clearly enjoy the blessing of the elite.

Israel is determined to claim the Golan’s resources at any cost – not just out of its national interests, but its business interests as well. 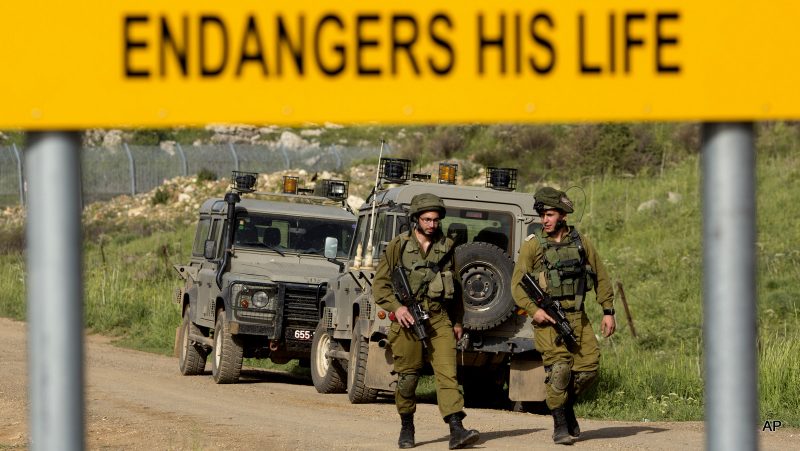 With Assad not only weathering years of destabilization efforts but actually strengthening his regime’s power, Israel has apparently realized that it might have to changes its strategy to consolidate control over the Golan Heights and its resources in the event that Assad proves impossible to remove from power.

According to Yedioth Ahronoth, an Israeli daily newspaper, Yoav Galant – Israel’s minister of construction – has proposed a multibillion-dollar plan to rebuild the nation after the civil war it has helped to fuel has destroyed large swaths of the nation’s infrastructure.

According to the proposal, the U.S. would take the “special role” in assuming the financial burden of reconstruction through “dozens of billions of dollars” of investments. Despite the weight that such a plan would place upon U.S. taxpayers, Galant asserted that the plan would be advantageous to the U.S., as well as Russia, Europe and the “moderate Sunni world.”

Not surprisingly, Galant’s plan comes with several caveats. One of them is the negation of Iranian influence in Syria, the other key reason for Israel’s involvement in the country. But most telling of all is the plan’s demand that Israel’s sovereignty over the Golan Heights be internationally recognized – the condition on which the entire plan hinges.

Galant’s proposal to rebuild Syria came only weeks after Israeli Prime Minister Benjamin Netanyahu stated that “the Golan is part of Israel and we will stay there for the world to acknowledge it as so.”

This plan – as absurd as it may seem to some spectators – may be the Israeli government’s last-ditch attempt at a “diplomatic” solution to the Syrian crisis, as tensions between the Israeli and Syrian militaries have spiked in recent weeks.

Though Syria and Israel have exchanged fire on numerous occasions throughout the conflict – with numerous exchanges taking place in the Golan Heights – a recent exchange in which Syria shot down Israeli planes in its air space represents the greatest escalation of overt military hostilities between the two forces since the conflict’s inception. This is largely due to Israel’s reaction to the incident, as the Israeli defense minister promised to destroy Syrian air defense systems “without the slightest hesitation” were Syria to use its systems in such a way again.

Israel may soon begin eyeing a military solution in order to accomplish its goals in Syria if its proposal to “rebuild” the country falls on deaf ears.

This article first appeared on MintPressNews.com and authored Whitney Webb.