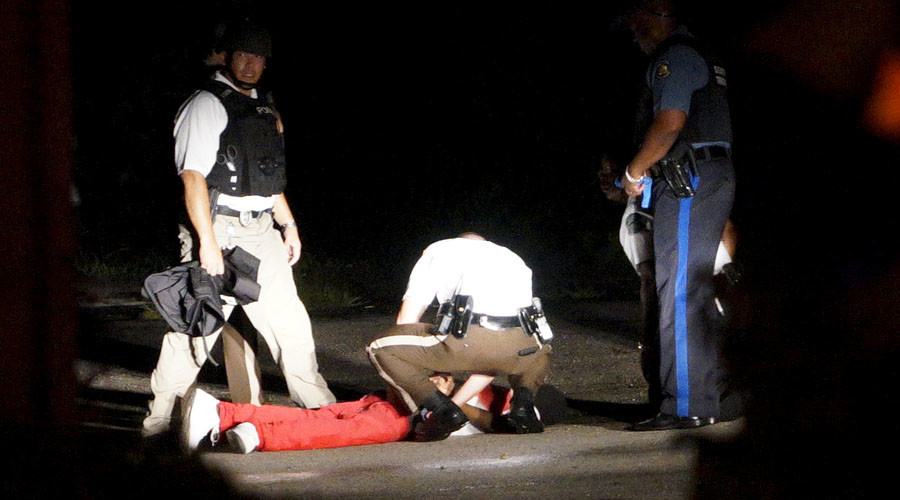 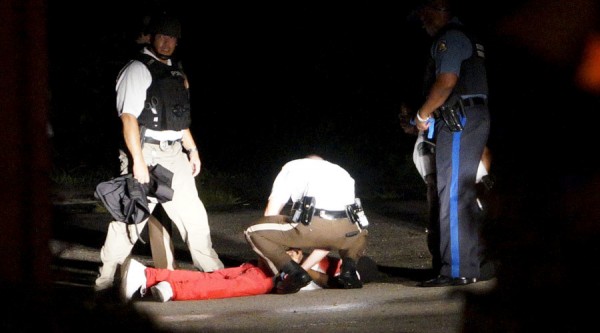 A day after the year commemoration of Michael Brown’s death, 18-year-old Tyrone Harris Jr. of St. Louis, who was “real close” to Brown, was killed by police the St. Louis Post-Dispatch reports.

His father suspects that there is more going on than what has been released so far.

Head of St. Louis County police Jon Belmar stated that plain-clothed detectives received fire on Sunday evening. The suspect ensued into a chase where the officers shot the man whom had his identity withheld. The police chief went on to describe the condition of the suspect as “unstable”.

The man shot was tracked throughout the protest as police believed he was armed. The police have stated this man approached them and fired a stolen 9mm pistol at them randomly.

Belmar then indicated that the 6 – 12 year veteran police officers are on administrative leave and didn’t sustain “serious” injuries.

Acting head of the Ferguson Police Department Andre Anderson was speaking to CNN when around 20 shots were fired and in fact recorded during the interview.

St. Louis County police head Belmar, told a news conference the following morning on Monday that a second shooting had erupted in the town of Ferguson. The incident allegedly involves two groups from the West side of Florissant Avenue and had happened just before Harris Jr. were shot by police.

Belmar added that 40 and 50 shots were fired in an exchange between the two groups, and the incident he described as “remarkable” lasted around 45 seconds. He defined the point of distinguishing the shooters from actual protestors, stating “They were criminals. They weren’t protesters,”.

Release from @stlcountypd regarding violence in Ferguson last night pic.twitter.com/FpUV7jDp6r

If you still have questions about last year’s shooting don’t worry, we’ve already got you covered with a WRC video below.

The drastic nationwide militarization of police has been justified with the breakdown in social “peace”. View the video above for sources and detail but the first Ferguson event in total, was a total problem-reaction-solution. Those at the helm of power allowed a problem to boil until the cusp of explosion, once that occurred the reaction was stimulated with the old methodology of race division; the police state is the solution.

If you are within the area of these events unfolding, please don’t participate in any rioting or criminality that may ensue as a result of this tragedy. That is exactly what those at the center of this thing want. What better way to propagate and ensure the continuity of a police state if you get the people to want it themselves?

This video explains the ultimate truth about where we are on this planet, right now. It’s something that is appropriate for this situation, and may put things into perspective, you never thought possible. Thank-you for reading.