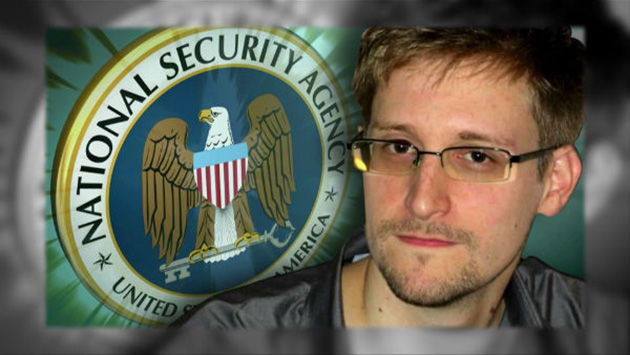 Reports surfaced on Friday that Russia was considering turning over NSA whistleblower Edward Snowden to the United States as a “gift” to President Trump. The only problem is that the claims allegedly came from an anonymous U.S. official.

NBC News reported that this anonymous official gave them insight into intercepted intelligence information that included a “series of highly sensitive intelligence reports” detailing Russian deliberations on whether to relinquish Snowden to the U.S. as a way to “curry favor” with the Trump administration.

However, Snowden’s ACLU lawyer Ben Wizner has said that “team Snowden has received no such signals and has no new reason for concern.”

In response to the report, Snowden posted on Twitter that the only “irrefutable evidence” needed to prove that he “never cooperated with Russian intel” comes from the principle that “no country trades away spies, as the rest would fear they’re next.”

A similar statement he echoed earlier in December in an interview with Katie Couric:

“I’m actually kind of encouraged… It wasn’t so many years ago that people were saying, ‘This guy’s a Russian spy.’ But countries don’t give up their spies,” Snowden said, noting that as a critic of the Russian government policies, including human rights violations and Russia’s harsh crackdown on the internet, he “might have turned into a burden for Moscow.”

Both Trump and his new CIA Director Mike Pompeo have condemned Snowden’s actions and have called him a “traitor.”

“I think he’s a total traitor and I would deal with him harshly,” Trump told CNN in July. “And if I were president, Putin would give him over.”

Pompeo went as far as to say that Snowden should be “given a death sentence” during an appearance on C-SPAN in February 2016:

“It’s absolutely the case that we have not been able to secure all the American information that we needed to, and that we’ve had the traitor Edward Snowden steal that information. He should be brought back from Russia and given due process, and I think the proper outcome would be that he would be given a death sentence for having put friends of mine, friends of yours, who served in the military today, at enormous risk, because of the information he stole and then released to foreign powers.”

The question remains as to whether Russia would agree to hand Snowden over to Trump on a silver platter. In January, Russian Foreign Ministry spokesperson Maria Zakharova called such a deal as an “ideology of betrayal.”

Zakharova claimed that the idea originated from the former CIA director Michael Morell who wrote an Op-ed prior to Trump’s inauguration urging Russia to hand over Snowden.

“Noon on January 20th provides an excellent opportunity for Russian President Vladimir Putin to give President-Elect Donald Trump the perfect inauguration gift – Edward Snowden,” Morell wrote. “I’m well aware that Russia does not have an extradition treaty with the US, but I am confident that President Putin is creative enough to find a way within his own legal system to deport Snowden.”

This prompted the response to extend Snowden’s asylum in Moscow. Snowden has been in asylum in Moscow since 2013 when he leaked a trove of NSA documents, which revealed a global surveillance apparatus that was spying on its own citizens

Zakharova also criticized the mainstream media in the U.S. for its lack of journalistic integrity. “You should not write that ‘Moscow denied…. Or Moscow will not…’ Write as it is: ‘The CNN TV channel and other Western media have again spread false information citing official American sources,’” Zakharova said.

In addition to the fact that there has been no indication from Russia that it plans to use Snowden as leverage in order to appease the U.S., this serves as yet another instance in which the mainstream media has used quotes from an “anonymous U.S. official” in order to push a narrative that demonizes Russia.