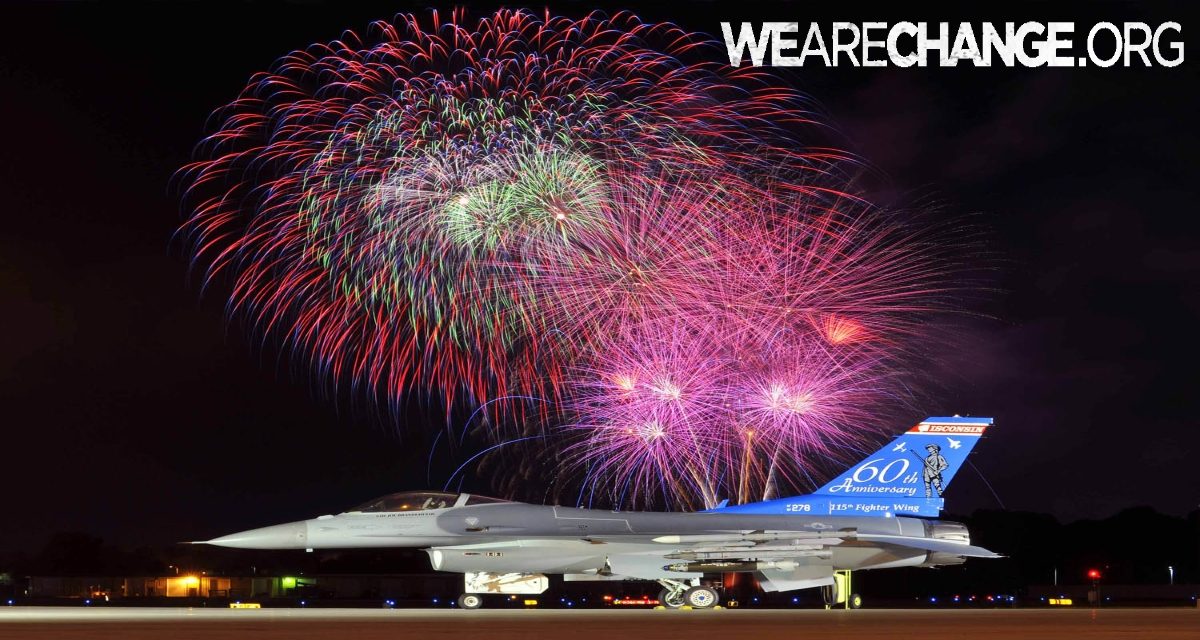 Palm Beach, CA – At a Credit Suisse conference in West Palm Beach, representatives from major defense contractors spoke to their investors about how well business was going in these times of global terrorism and endless war . Representatives from top firms like Raytheon, Oshkosh, and Lockheed Martin were in attendance, in somewhat of a celebration of the escalating conflict in the middle east and Africa.

While terrorist attacks usually lead to bad results for the stock market, defense contractors’ share prices soared following the November terrorist attacks in Paris that left 130 people dead. On the Monday after the attacks, Lockheed Martin traded 3.5 percent higher, Northrop Grumman was up 4.4 percent, and Raytheon saw a 4% boost.

Lockheed Martin Executive Vice President Bruce Tanner gave a speech openly praising the “indirect” benefits that defense contractors would see as a result of the war in Syria. A portion of his speech was captured on audio by someone inside and shared widely on the internet hours after the conference. In the audio that was captured, Tanner discussed the many recent troubles in the Middle East, with an escalation of conflict in Syria and Turkey. He pointed out how these conflicts would lead to increased sales for their company.

Tanner said that the increased conflict would cause “an intangible lift because of the dynamics of that environment and our products in theater.”

According to the Intercept, during another speech at the conference, Wilson Jones, the president of the defense manufacturer Oshkosh, said that “with the ISIS threat growing, there are more countries interested in buying Oshkosh-made M-ATV armored vehicles.”
Raytheon Chief Executive Tom Kennedy also joined in the informal celebration, saying that his company was seeing  “a significant uptick for defense solutions across the board in multiple countries in the Middle East.” “Our programs are well supported [in the budget]. We think we did fare very well,” Tanner

A recent report by journalist Glenn Greenwald pointed out stock prices for weapons manufacturers sharply increased just after the terrorist attacks in Paris last month. Greenwald was following the tip of Brooklyn journalist Aaron Cantú, who posted screenshots for the recent stock performances of major weapons contractors on his Twitter page.