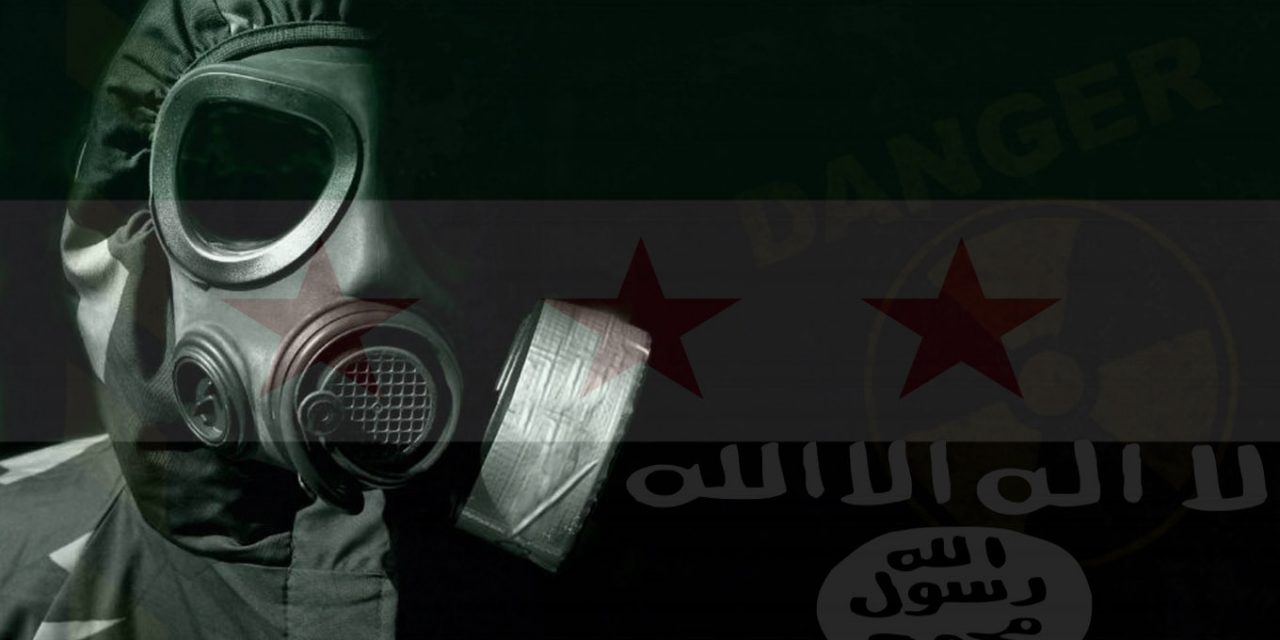 In November of last year, the New York Times reported that IHS Conflict Monitor, a London-based intelligence collection and analysis service found that ISIS had used chemical weapons 52 times in Syria and Iraq. This report appears to have been largely ignored and forgotten by the Trump administration, as President Donald Trump just launched a missile bombardment on a Syrian military base. Without having any prior investigation performed to determine who was actually responsible for the chemical attack.

The report found that the Islamic State used sulfur mustard— a chemical warfare agent. The group’s conclusions were based on local news reports, social media and the Islamic State’s own propaganda.

Last Thursday’s airstrikes were largely praised by the mainstream media however, things just aren’t adding up. It appears as the days continue to pass since Tuesday’s chemical attack more questions are emerging with little answers. Meanwhile, a report surfaced that potentially contains the missing puzzle piece to the previous suggestions that ISIS may have gassed their own people and the Syrian government might, in fact, be innocent as this article will attempt to provide proof of this claim.

The Wall Street Journal reported that the Syrian government had completed the removal of all chemical weapons from the country in 2014. The WMD handover was corroborated by the United Nations Organization for the Prohibition of Chemical Weapons (OPCW) and a statement by Senator John Kerry. While the Syrian government is on record surrendering their chemical weapons, the “moderate rebel” groups have used them increasingly.

In 2014, Kerry admits that #Syria gave away ALL its chemical weapons. But today we're supposed to believe that Assad gassed his own people? pic.twitter.com/DT9B9cYyKH

First and foremost it wouldn’t benefit the Assad government in any way shape or form. Trump’s administration before the chemical attack said it would not pursue regime changes on Syria’s Assad. A few days later the attack happened rolling back on that previous promise.

Second, Assad recently handed evidence to the Hague and the UN watchdog group OPCW in January that allegedly proves the Syrian rebels used mustard gas against civilians. An assertion that IHS Conflict Monitor had made in November, just a few months before.

This theory that ISIS is responsible for the attack and not the Syrian government is backed by a plethora of coincidences. Including them—ISIS— immediately attacking a Syrian town after Trump’s strike. Also, a shocking but questionable tweet 24 hours prior to the chemical weapons attack on April 3rd, 2017, by an anti-Assad journalist claimed that the next day he would be launching a media campaign to cover airstrikes on the Hama countryside, including the use of chemical weapons.

Tweet says: "Tomorrow a media campaign will begin to cover intense air raids on the Hama countryside and use of chlorine against civilians"

Further, a doctor on the ground in Khan Sheikhoun, Dr. Shajul Islam, had received several shipments of gas masks in the days leading up to the chemical incident. That same doctor is also one of the main sources for MSM reporting on this chemical attack. Despite the fact the man is sought by the British government in connection with the abduction of two journalists in Syria and is alleged to have ties to the infamous now dead Jihadi John.

Islam had his license stripped after being accused of participating in a terrorist kidnapping ring targeting Western journalists PJMedia reported.

British journalist John Cantlie was set to testify as the main witness against Islam during the pre-trial hearing. However, Cantlie was then kidnapped a second time.

This isn’t the first time that the U.S. media has used a “medical professional’s” claims to advance war. It’s important to remember during the Gulf War a nurse named Nayirah testified that Iraqi soldiers removed babies from incubators in Kuwait.

It turned out that Nayirah was in fact, Nijirah al-Sabah, the daughter of Kuwait’s ambassador to the United States Saud Nasir Al-Sabah at the time. She was coached by Hill & Knowlton to forge her infamous testimony which was widely reported and repeated throughout the media despite being proven false as 60 minutes exposed in the 1990s. Knowing this is important to understand, that in order to go to war in a foreign country most Americans have never even heard of existing, requires an emotional response to push that agenda onto the people.

Not getting off track just to show the previous manipulation that turned out to be false, the group in the Khan Sheikhoun area is also occupied by the NGO White Helmets whose leader Raed Salah, was denied entry into the U.S. at Washington’s Dulles International Airport and deported, due to “extremist connections” while on his way to receive a humanitarian relief award at a gala dinner hosted by USAID.

John Kerry met with this same group. Learn more in the related link below as reiterating that information would make this article painstakingly long.

[RELATED: Why ISIS, Obama, and John Kerry Don’t Want You To Hear This Leaked Audio]

This same group has faked a crisis scene before that looked shockingly real for the infamous “mannequin challenge.” The video was then pulled from their youtube channel after it raised immense levels of controversy. It was labeled as distasteful but not before others on the internet downloaded it and reuploaded it.

So now that those facts are established, there is a backbone to who these rebels are.

Is there any evidence where ISIS otherwise known as the “moderate rebels” as documents obtained by Judicial Watch state the growing jihadi presence within the Syrian rebel groups could have potentially got chemical weapons?

Yes, in fact, Foreign Policy reported that in 2012 ISIS had captured a Syrian military base that was filled with chemical weapons. That’s one year prior to the 2013 infamous chemical attack where UN envoy investigators were shot at by snipers in Syria trying to investigate the incident.

According to Foreign Policy their source —an ISIS fighter Abu Ahmad— the terrorist group found barrels filled with chlorine, sarin, and mustard gas. Al-Nusra an Al-Qaeda affiliate then called for dozens of trucks to transport the chemical weapons according to Ahmad.

The Guardian also reported that ISIS had captured a massive former Iraqi chemical weapons factory with more than 2,000 degraded chemical rockets filled with sarin gas in 2014.

Then, that same year it was claimed that two abandoned cylinders containing Sarin were reportedly seized by Syrian government troops, in an area controlled by armed opposition groups and handed over to the United Nations Secretary-General Ban Ki Moon and the Organization for the Prohibition of Chemical Weapons.

The letter stated the cylinders were, “reportedly seized by the armed forces of the Syrian Arab Republic in August 2013 in an area reportedly under the control of armed opposition groups.”

Syrian rebels have also been caught testing Tekkim chemicals on rabbits and even threatened to use the chemicals against civilians in Syria on a sectarian basis.

With this renewed information it’s highly possible that Syrian opposition groups staged a chemical weapons attack. Or as the Russians and Syria have stated the chemicals were spread from bombing chemicals that the group had stored. But what journalist will dare write about all this as I have? In order to determine what really happened on the ground a probe is needed by the UN Security Council and international community.

In closing, information that emerges from Syria is clouded as many groups successfully occupy the region and given the complexity of the situation.

This is exactly why complete formal investigations are required before bombing campaigns occur over videos originating out of Syria that could potentially trigger world war three.

If you liked this report and want to see more like this from me and our other writers you can donate to us here and here on patreon.