Did Namibia Demand $30 Billion In Reparations For Germany’s Genocide?

It has been reported that the Namibian government have, allegedly, filed a lawsuit demanding some $30 billion in reparations from Germany for the systematic massacre of thousands of their forebears between 1904 and 1908.

Lynsey Chutel from qz.com reported, last week, that it is “unclear how the Namibian government arrived at the figure of $30 billion—its GDP in 2015 was $11.5 billion”.

The Namibian reports that the Namibian government wants to take the German government to the International Court of Justice in The Netherlands regarding the genocide case.

However today, newera.com report that Vice-President Nickey Iyambo, who is the Chairperson of the Political Committee on ‘Genocide, Apology and Reparations’, confirmed the report to be false.

The article from newera.com reports:

The statements were to the effect that government is making a u-turn in its approach and policy on the handling of the 1904-1908 genocide, that it is planning a legal tussle of dragging Germany to the International Criminal Court (ICC) and that it is only joining the chorus for the demand of reparations now.

“The Government of the Republic of Namibia re-affirms hereby its commitment to the current diplomatic negotiations which emanate from our national parliament motion adopted on 26 October 2006,” said the statement.

Iyambo also clarifies that the guiding policy principle since the appointment of the Namibian Special Envoy, Dr Zed Ngavirue, in December 2015 has always been anchored on three pillars, namely ‘genocide, apology and reparations.’

The two countries have been in talks for the past two years about a joint declaration on the massacres. Berlin has been tight-lipped about details of the deal being negotiated with Namibia. 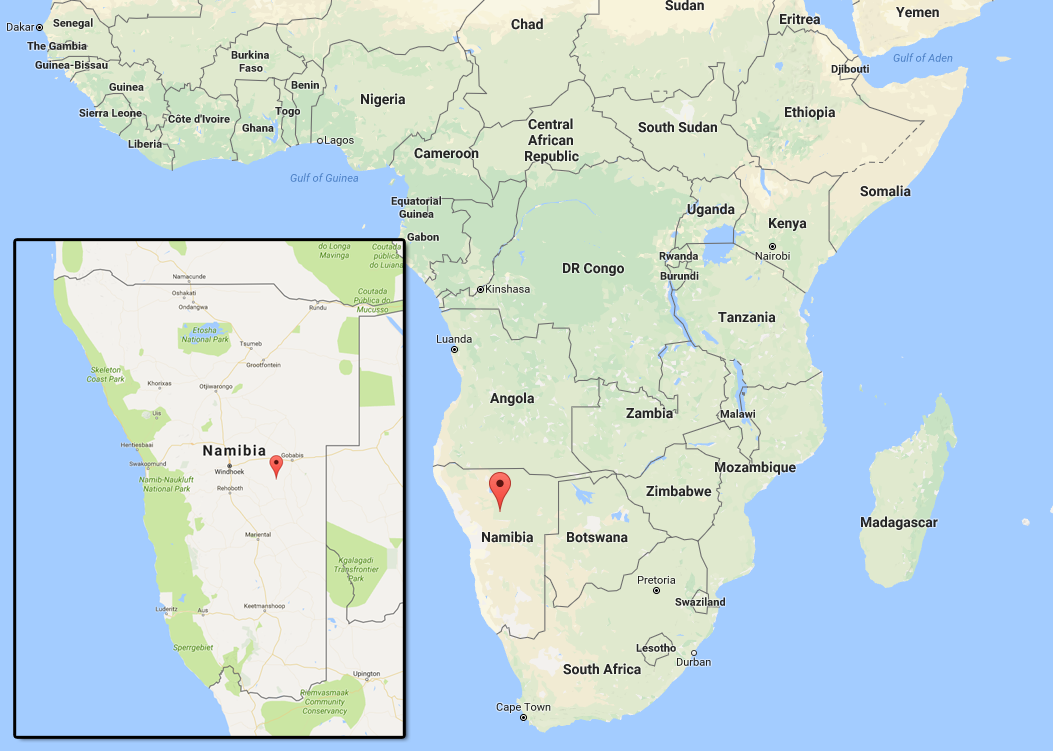 In a landmark admission of historical guilt in 2016, Angela Merkel’s government announced that it would recognise the killings as genocide for the first time.

Namibia became a German colony in 1884 under Otto von Bismarck to forestall British encroachment and was known as German South-West Africa (Deutsch-Südwestafrika). The attempted extermination of Namibia’s Herero and Nama communities by German colonial troops is widely regarded as the first genocide of the 20th century.

From 1904 to 1907, the Herero and the Namaqua took up arms against the Germans. In calculated, punitive action by the German occupiers, government officials ordered extinction of the natives.

General Lothar von Trotha, the commander of German forces in Namibia, wrote in 1904 of the Herero:  “I believe that the nation as such should be annihilated, or, if this is not possible by tactical measures, expelled from the country”.

An order he issued the same year stated: “Any Herero found within the German border, with or without a rifle, with or without cattle, is to be shot. I do not accept women or children either: drive them back to their people or shoot them”.

The survivors, when finally released from detention, were subjected to a policy of dispossession, deportation, forced labour, racial segregation, and discrimination in a system that in many ways anticipated the apartheid established by South Africa in 1948.

Some of the dead had their heads removed and of these, about 300 were taken to Germany, arriving between 1909 and 1914. 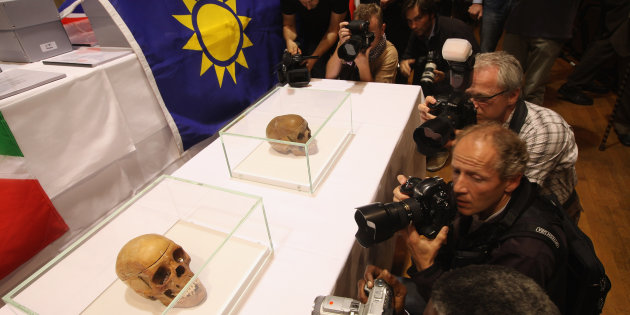 A spokeswoman, Claudia Peter, from Charite, a large teaching hospital in Berlin, said the purported research on the skulls performed by German scientists had been rooted in perverse racial theories that later planted the seeds for the Nazis’ genocidal ideology.

Most Africans were confined to so-called native territories, which later under South African rule post-1949 were turned into “homelands” (Bantustans). Indeed, some historians have speculated that the German genocide in Namibia was a model used by Nazis in the Holocaust.

The memory of genocide remains relevant to ethnic identity in independent Namibia and to relations with Germany. The German government formally apologized for the Namibian genocide in 2004. The skulls were also returned to Namibia in this year.

Berlin repeatedly refused to pay direct reparations, saying that its development aid worth hundreds of millions of euros since Namibia’s independence from South Africa in 1990 was “for the benefit of all Namibians”. Some Namibians say the aid has not reached them.

The Herero and Nama people claim that their exclusion from the Namibia-Germany negotiations violates a United Nations declaration on indigenous people. Last week representatives from the two Namibian tribes filed a class-action lawsuit in New York to demand reparations.

It is not clear whether the US courts will rule that they have the necessary jurisdiction to hear the case. The Herero and Nama leaders are suing under the Alien Tort Statute, a 1789 law that is frequently invoked in human rights cases. The law is controversial and the US Supreme Court acted to restrict the scope of claims under it in 2013.