A new study has revealed that SARS-CoV-2, the virus which causes COVID-19, infects the testicles and likely impacts male fertility. Recall in March we reported that doctors in central Wuhan raised concerns over testicle damage after observing a lowered ratio of testosterone to luteinising hormone (T/LH).

Now, nine months later, a team of 14 researchers from Wuhan, China have published disturbing evidence from a small sample of patients that COVID-19 not only infects the testicles, but may interfere with sperm production by causing inflammation and ‘massive’ loss in young sperm cells.

The team’s findings on how COVID-19 infects testicles corroborates the March reporting – namely, the SARS-CoV-2 spike protein binds to ACE2 receptors, which are produced throughout the body, including the seminiferous tubules which carry sperm while it matures.

“Strikingly, in four of the five cases, GC [germ cell] loss was massive, with only a few GCs left attached to the seminiferous tubules,” reads the study, published Monday in Nature, Cellular & Molecular Immunology. Five COVID-19 patients included in the study were aged 51, 62, 70, 78 and 83 years of age, while control patients were 71, 78 and 80. And though they may lie on the older-end of the curve where male fertility has begun to decline, the control group’s germ cells were “well aligned around the whole seminiferous tubules” compared to the COVID-19 patients. 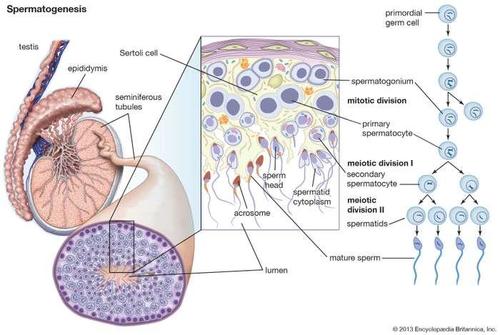 “Consistent with the immunohistochemistry results, RT-qPCR showed significantly increased mRNA levels of ACE2 and TMPRSS2 in the testes of all COVID-19 patient compared to control patient testes,” reads the report, which “further supports the hypothesis that SARS-CoV-2 is able to attack testicular cells.” It is unknown how the virus increases ACE2 production in the testes. 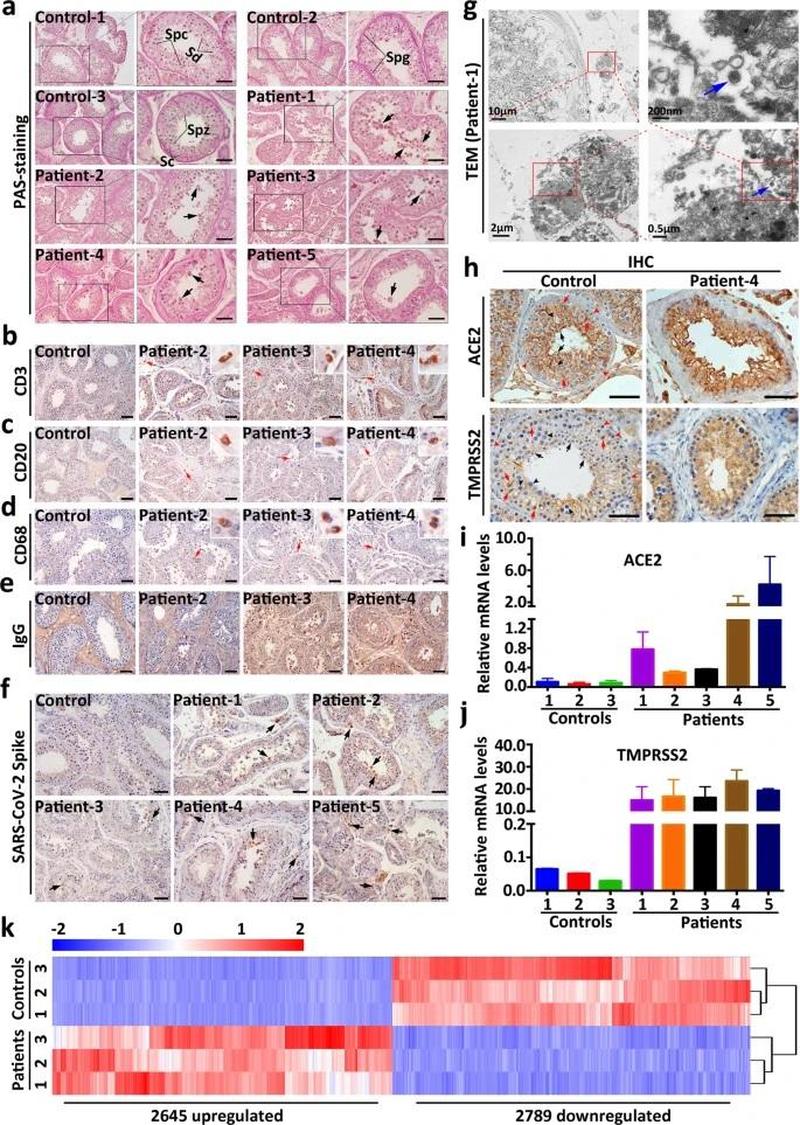 “Collectively, our findings provide direct evidence that SARS-CoV-2 can infect the testis and GCs, indicating the potential impact of the COVID-19 pandemic on spermatogenesis and male fertility.”

While the study is small with just five participants, the authors write that “further study is essential to reveal the underlying mechanism of SARS-CoV-2 infection of testicular cells and the correlation of testis infection with the clinical course of COVID-19.”

Perhaps men who have recovered from COVID-19 should have their sperm counts tested?