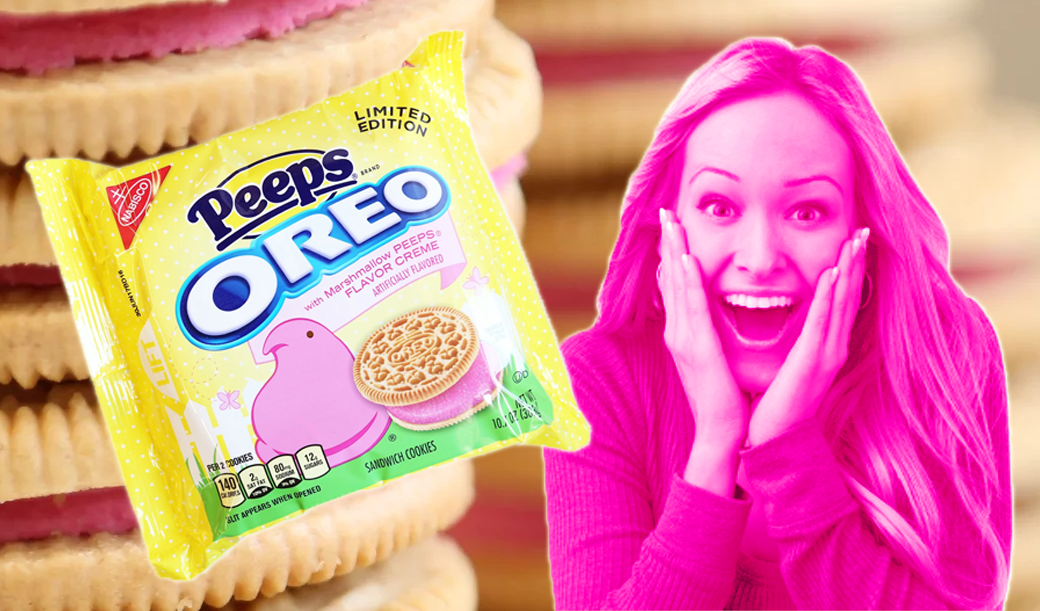 The new Peeps-flavored Oreos with a pink filling are reportedly giving people a bright pink surprise when they use the bathroom, revealing the potential dangers of GMO chemical additives in food.

@Oreo the peeps oreos made my poop bright pink

My roommate ate a whole pack of oreo Peeps and left a pink stain in the toilet.

The limited edition cookie just came out a few weeks ago. These Oreos have a pink marshmallow filling that taste exactly like the peeps candy seen in Easter baskets all over America every year.

Complaints are flooding Twitter that after eating the special “limited edition cookies,” people’s excrement turned pink. One person said on Twitter that the Oreo Peeps left a pink stain in the toilet.

While Nabisco’s new treat is turning its consumers poop pink, it’s far from the only GMO company with potential health problems for the populace.

Among such harmful chemicals found in other foods is brominated vegetable oil (BVO), olestra, aspartame, and food coloring dyes.

These chemicals are reportedly found in nearly 80% of American food, which happens to be banned in other countries.

Artificial dyes have been outlawed in Norway, Finland, Austria, France and the United Kingdom, while BVO has been banned in nearly 100 different countries.

Until 2013, when BVO was found to be linked to flame retardant fluids, Gatorade included BVO as an active ingredient in its formula it has since removed BVO.

Studies suggest that BVO could be building up in human tissues. In mouse studies, big doses caused reproductive and behavioral problems.

For more information, you can read this article by Mercola on 10 American foods that are banned in other countries, in addition to all the other chemicals.

Another chemical used in GMO crops not to be confused with synthetically made products Round Up has been disputed to cause cancer and other diseases such as Kidney Disease.

Aspartame was actually talked about in the Wikileaks Podesta emails. One email shows a forwarded message to Podesta from Wendy Abrams between Don Kennedy and Abrams.

“I got the director of the new drug approval center in the meeting and we told him that we would look carefully at the evidence and rely on our expert committee structure as usual. Aspartame continued to attract concerned critics, and we at FDA saw no resumption of Searle’s effort to get it approved,” Kennedy wrote.

“In 1985, Monsanto purchased G.D. Searle, the chemical company that held the patent to aspartame, the active ingredient in NutraSweet. Monsanto was apparently untroubled by aspartame’s clouded past, including a 1980 FDA Board of Inquiry, comprised of three independent scientists, which confirmed that it ‘might induce brain tumors.'”

The email goes on further to state that Donald Rumsfeld had the chemical approved after the FDA banned Aspartame, finding that it might induce tumors.

“The FDA had actually banned aspartame based on this finding, only to have Searle Chairman Donald Rumsfeld (currently the Secretary of Defense) vow to ‘call in his markers,’ to get it approved.”

So what could be causing people’s poop to be turned pink by Oreo’s peeps? And is it a cause for concern or innocuous after all these other chemicals used in food actually did cause real health problems.