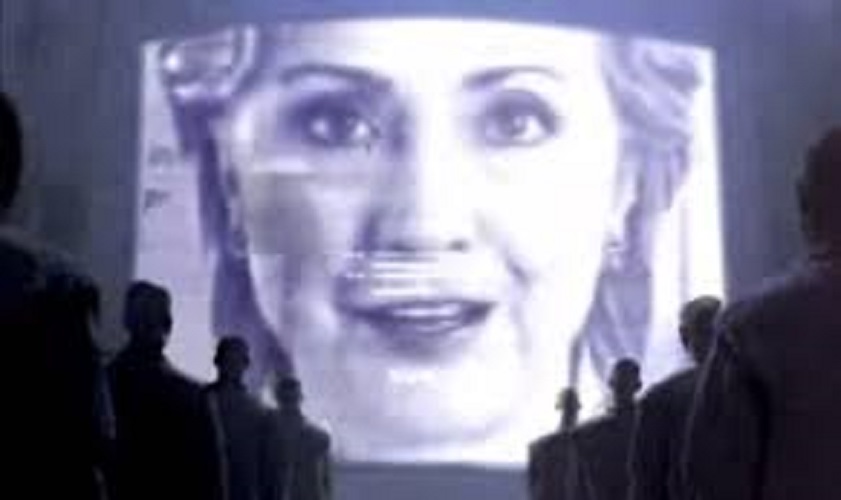 Democratic nominee Hillary Clinton is often compared to North Korean leader Kim Jong-un for her poor fashion taste, but an email sent by her campaign on Thursday could have been written by the fascist “Dear Leader” himself. 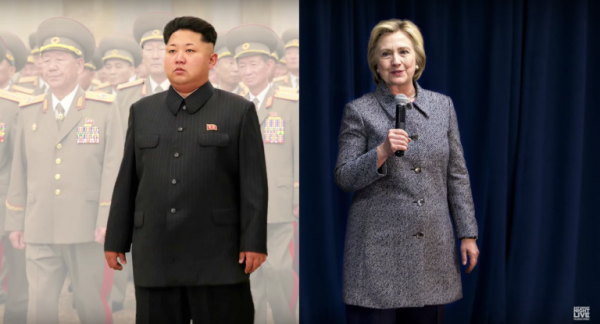 Who wore it best?

The fundraising email asserted that right-wing site Breitbart News has no “right to exist,” and heavily suggested that as president, Clinton will make sure it is shut down entirely.

“We’ve had a conservative media in this country for a while,” the email signed by deputy communications director Christina Reynolds read. “I don’t always like what they have to say, but I respect their role and their right to exist.”

In context, her statement is intended to say that Breitbart does not have the same right.

“Breitbart is something different,” she says. “They make Fox News look like a Democratic Party pamphlet. They’re a different breed altogether — not just conservative but radical, bigoted, anti-Muslim, anti-Semitic conspiracy peddlers who never have been and never should be anywhere near the levers of power in this country.”

To ensure there was no mistaking the meaning behind the email, Reynolds reportedly stated that one of the goals of the Clinton administration will be to ensure that Breitbart is destroyed. 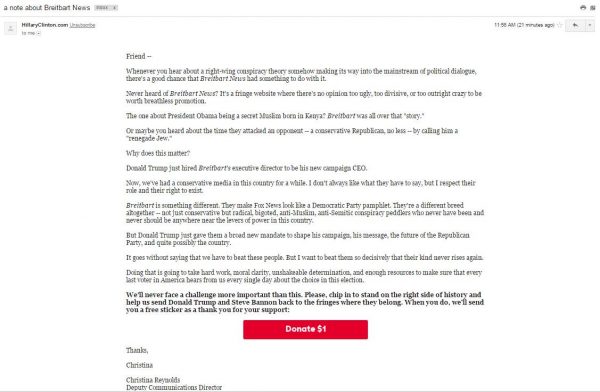 The Democratic Party, whose supporters are known to value protest and making their voices heard, is now fundraising off of the concept of censorship and smashing opposing media.

Following Donald Trump stating that he would like to open up libel laws to allow citizens to sue news organizations that lie about them, the left wing media lost their minds and demanded that the candidate was out to destroy the freedom of press.

Under current libel laws, a public person can only win a lawsuit against a news agency if they can prove that lies which were published were done so with actual malice and knowing the information to be incorrect. Trump’s statements, while still frightening, aimed to force press to have more accountability. He did not actually threaten to silence anyone.

After Clinton’s fundraising email vowing to actually shut down a news outlet which opposes her, there has been absolute radio silence from all mainstream media outlets.