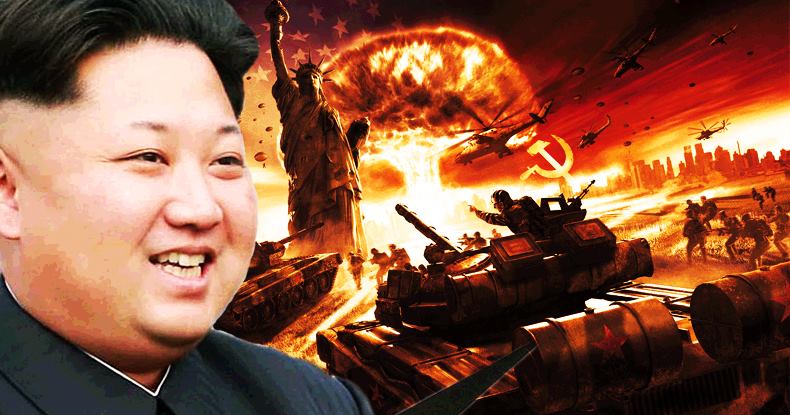 KIM Jong-Un has placed North Korea on the “brink of war” as a high-profile defector urged US President Donald Trump to assassinate the despot North Korean leader before he fires his nuclear weapons at America and the UK.

Yesterday in Florida, President Donald Trump welcomed China’s President Xi Jinping for their first meeting. While attending, Trump pledged to boost defences against Pyongyang ‘with or without’ the help of China. 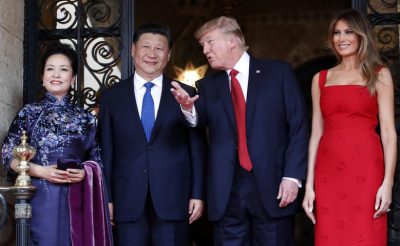 A joint naval exercise involving the U.S, Japan and South Korea is being aimed at countering the threat from North Korean submarines, which further fuelled the tense situation in the region.

North Korea’s foreign ministry branded the exercise as ‘reckless’ and said it was driving the Korean peninsula to the ‘brink of war’.

North Korea’s ambassador to Moscow, Kym Hyong-Jun, told Trump that it was ready to respond if any of these operations posed a threat to their country:

“We have the readiness and ability to counter any challenge from the US.”

“Our army has already said that if there will be even the smallest provocation from the United States during exercises, we are ready to deliver the most ruthless blow,”

A high profile defector, Thae Yong Ho, predicted that Kim Jong-un will use nuclear weapons against the U.S and U.K. unless they ‘eliminate him’ first. He fears the world should be prepared because Kim is:

“Desperate in maintaining his rule by relying on his development of nuclear weapons and ICBM”.

ICBM are known as Intercontinental Ballistic Missiles, or deadly missiles which hold the potential of having the ability to strike the U.S.

Thae believes he may be killed as he is now a ‘marked man’ for speaking out against the regime claiming the only way to solve the North Korean nuclear problem is to eliminate Kim Jong-Un.

Thae was living in London with his family as the ambassador to the U.K before they defected to South Korea last year, giving him rare insight to the secretive country.

In an interview in Seoul, South Korea, Thae told Lester Holt of NBC News, the ‘world should be ready’, adding:

Last year North Korea reportedly tested missile launches and it has been estimated the country currently holds approximately eight nuclear weapons. However, it is not confirmed whether these weapons are actually capable of being attached to a rocket and strike the U.S

In February, North Korea launched four ballistic missiles from its eastern coast which came to close proximity of Japan, claiming it was a drill for an attack on U.S bases.

It was said on Tuesday by the U.S Military that North Korea had fired a ballistic missile into the sea of Japan, however it was said it did not pose a threat to North America.
Thae believes North Korea holds weapons capable of hitting the U.S further saying:

“If Kim Jong-Un has nuclear weapons and ICBMs, he can do anything.”

“So, I think the world should be ready to deal with this kind of person.”

Even though Thae is not directly involved in North Korea’s weapons program, he believes the country is aiming to reach its goals of completing their nuclear program and will stop at nothing to finish the project.

With Pyongyang on a quest to complete their nuclear program goals, it has so far launched five nuclear tests, two of them last year.

Speaking to reporters on Air Force One, Trump said he would:

“Certainly be prepared to act alone against North Korea.”

“But I think China will want to be stepping up.”

As tensions are rising in the South contested seas of China, Trump has added pressure to Chinese President Jinping, by saying he would take action against Kim Jong-Un if China failed to step up to the plate.