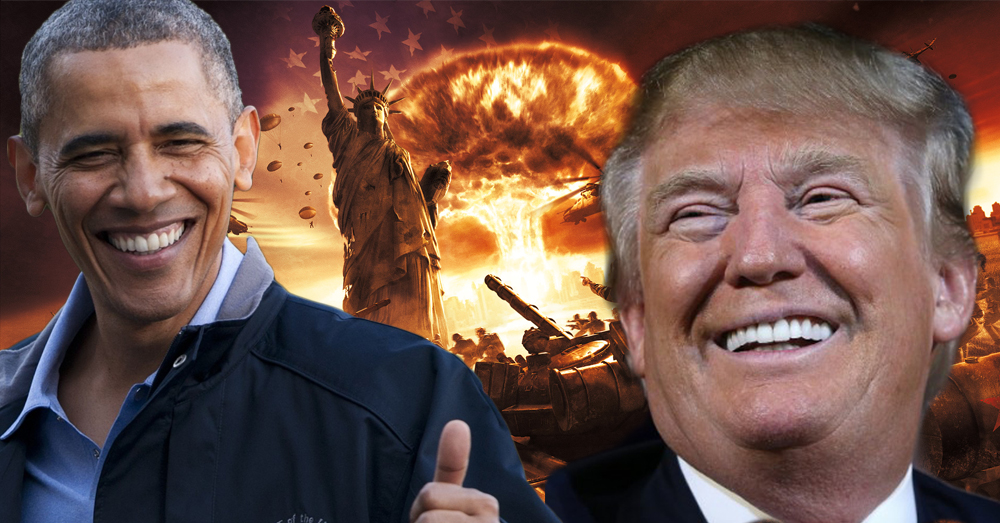 We’re seeing some very conflicting, duplicitous messages from the Trump campaign that echo the same lines of the Obama administration’s foreign policy, which the American people voted against.

Thousands of U.S. troops on tanks are currently amassing in Poland in an effort to allegedly deter Russian aggression. The troops have formed “the largest armed military brigade deployed in Europe since the end of the Cold War,” and their show of force reportedly “falls under NATO’s Operation Atlantic Resolve, designed to show the United States’ commitment to its European allies in the face of what NATO sees as Russian aggression.”

NATO Secretary General Jens Stoltenberg said Friday that the alliance is “concerned about cyber security” and has seen “reports about cyber-attacks against many NATO allies.”

Stoltenberg’s comments are just echoing the same talking points that have been smacked down and proven wrong by independent media.

Despite Trump’s comments on the campaign trail about wanting to avoid aggression against Russia, his pick for defense secretary, James Mattis, is carrying a different tone.

During his confirmation hearing on Thursday, Mattis said that Russia was one of the biggest factors threatening the world order, and that the U.S. is “ready to engage” in response.

In addition to Mattis, Trump’s pick for secretary of state, Rex Tillerson, refused to condemn Saudi Arabia for human rights violations during his confirmation hearing on Wednesday.

Then there’s Rudy Giuliani… Trump’s team announced Thursday that the former mayor of New York City—who is a notorious war hawk—will be advising the president on cybersecurity.

There’s no need for Congress to start a war. The same policies and talking points that were used by Obama are now being echoed by Trump’s cabinet picks.

Russia is saying that this latest move by the United States is a threat to national security. This is concerning, considering the Kremlin’s history of aggressive retaliatory threats.