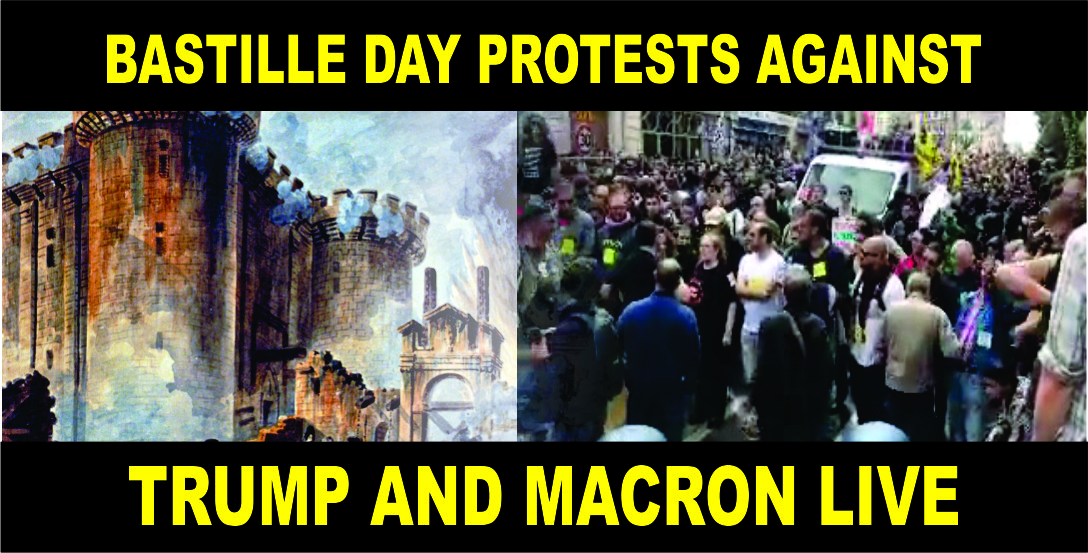 Luke reports live from the streets of Paris, France where it is currently Bastille Day or French Independence Day. Trump has recently arrived in Paris and is meeting with Macron. 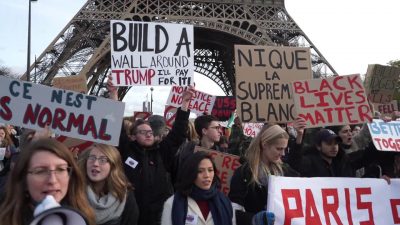 There are several different protest groups here, many of which are protesting Trump who has a 14% approval rating in Europe. The police are out in force as well, with full riot gear.

Bastille Day is usually a big celebration here in France where they celebrate their independence much like July 4th for Americans. Bastille day’s history goes back all the way to 1789 where the French people were able to free political prisoners from the Bastille prison. Sadly it’s also the anniversary of the Nice terrorist attack where a truck driver drove into a bunch of people.

A few minutes ago a group of Black Block protesters charged the police, so the regular police ran away. The riot police are now back in larger numbers and now have gas canisters. There are about a couple hundred people who decided to have this protest. 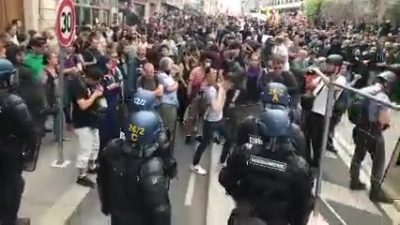 Police are taking the situation very seriously. I put on my helmet just now, you never know when something is going to be thrown at the police, and you have only got one head and one brain. If you get hit in the head a couple of times too hard you’re not the same human being. 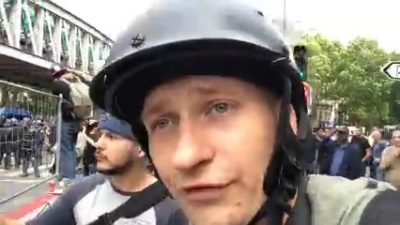 I will be doing another video today discussing the political scene that is unfolding here with many people being angry towards President Macron regarding some of the very controversial statements and laws that he’s trying to propose here in France. Macron has proposed legislation that would reduce labor and union protections here. He is also working towards reducing Parliament here by one-third and made a decree that he can pass laws without Parliament. He is increasing military spending, talking about reducing taxes, and cutting welfare.

Macron has also come out with a statement saying that it’s more important to fight terrorism than to get rid of Bashar Al-Assad in Syria. He seems to have softened on his stance with Russia. 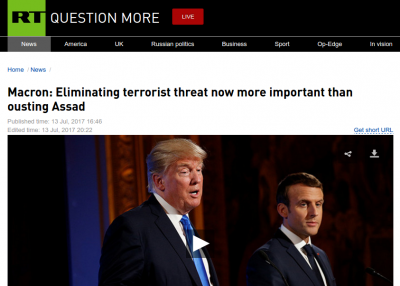 CBS is reporting that Trump and Macron are still concerned about having a unified response in the event of another chemical attack in Syria.

I wanted to thank everyone who supports us on Patreon.com; it’s our supporters which make this operation possible. If it wasn’t for your donations helping real independent media, we couldn’t be here.

I want to ask people to subscribe, stay tuned, click the notification button. If anything else happens, we’re going to go live here on the ground as real independent, unfiltered media. Love you guys, thank you so much.