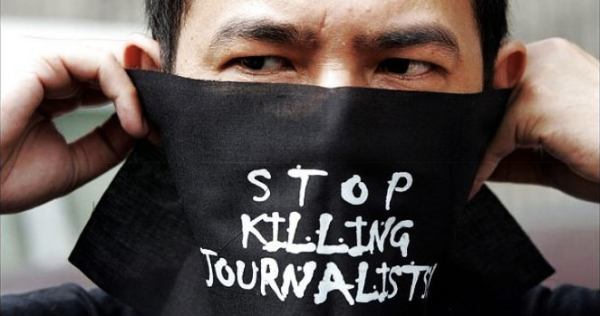 (CounterCurrentNews)The Pentagon just changed the rules of war to include legitimizing the killing of any journalists they deem “belligerent.”

The new “laws of war” were released as part of a book of instructions on legitimate warfare practices approved by the United States military.

This “rule book” of sorts details what the US government deems the acceptable ways of killing those they claim are the “enemy”… including journalists whose reporting they do not approve.

The manual explains that the Pentagon considers such journalists “unprivileged belligerents,” even though they are not “enemy combatants.”

This distinction is important for the Pentagon, since the battles against Muqtada as-Sadr’s “Jaysh al-Mahdi” militia was a fight the US picked over a newsletter America did not approve of. When the military tried to stop the presses, Sadr’s army took up arms against the US forces.

We don’t hear a lot about that in the media or government these days, because those battles didn’t exactly end in the US’s favor…

Now, the American 1,176-page “Department of Defense Law of War Manual” says that it is perfectly legitimate to shoot, explode, bomb, stab, or cut journalists they deem “belligerent.”

They seem to want to make sure they cover all the ways they will kill enemy-reporters. They clarify that poison and asphyxiating gases are still no-nos that will not be employed in the war against journalists.

Professor of Journalism at Georgetown Chris Chambers told RT News that he doesn’t know what this means, since “the Geneva Convention, other tenets of international law, and even United States law – federal courts have spoken on this – doesn’t have this thing on ‘unprivileged belligerents’.”
?
Even embedded journalists with military forces are supposed to be protected under international law.

“It gives them license to attack or even murder journalists that they don’t particularly like but aren’t on the other side,” Chambers added.

RT notes that Pentagon “did not specify the exact circumstances under which a journalist might be declared an unprivileged belligerent,” but Chambers explains that “their legal department is going over it, as is the National Press Club and the Society of Professional Journalists.”