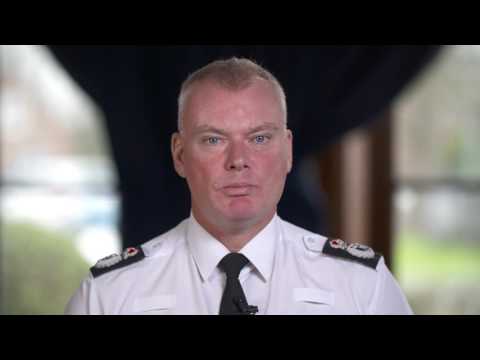 For those that don’t know the term, PizzaGate has evolved to mean elite pedophilia rings or pedophiles. Wiltshire Police Chief Constable Mike Veale, has defended the current investigation into ex-Prime Minister Ted Heath and his pedo ring Operation Conifer despite the BBC and others reporting that the inquiry was closed.

Earlier this year, the IPCC said it had found no evidence that the case was dropped because the woman had threatened to make allegations against Sir Edward.

It emerged last month that two people connected to the investigation of the pedo ring were arrested and bailed out of jail.

Mike Veale noted in the video above that the investigation wasn’t a “fishing trip or witch-hunt” and that officers had received several “allegations spanning from a significant number of individuals.”

In an open letter, Veale noted that he would not be “buckling under pressure to not investigate or to conclude the investigation prematurely”.

He added that “he wanted to set the record straight” amid press reports the inquiry was finished.

“The decision to undertake this incredibly complex and challenging investigation was not taken lightly particularly knowing, or at least expecting, that we would be placed under intense scrutiny,” he, said.

The police chief  also confirmed reports that satanic ritual sex abuse was one of the things they were investigating – something that We Are Change also told our readers about in our report on Jimmy Savile and our other article back in July exposing the elite’s biggest secret ritualistic satanic child sacrifice and pedo rings.

Veale added that it was “important to ask the question, if the force had received allegations of non-recent child abuse against a former prime minister and done nothing, what would the reaction have been?”

“Within the national context of the independent inquiry of exploring allegations of institutional failures in the past, Wiltshire Police was duty bound to record these allegations and launch an impartial and thorough investigation,” he said.

Operation Conifer began in 2015 after allegations against Sir Edward were raised in an inquiry by the Independent Police Complaints Commission.

Information from a retired officer had sparked concerns that Wiltshire Police had deliberately caused a criminal prosecution against a suspected brothel keeper Madam Ling Ling to fail in 1994.

However, the police watchdog IPCC said the inquiry “found no evidence that a prosecution was not pursued because a defendant threatened to allege publicly that Sir Edward Heath had been involved in sexual offenses involving young men.”

But Wiltshire Police have said Operation Conifer is also investigating a number of separate allegations made by persons who came forward.  Heath was also involved in the investigation Operation Midland, and Operation Whistle reports of a suspected VIP pedophile ring at the heart of Westminster and reports of abuse of Jersey children which Heath was included in. A mother alleged that 11 boys went on his boat and  one kid  never came back from his Yacht.

Ask yourself if there are three separate investigations into a person, repeat patterns, multiple witnesses coming forward. Isn’t this man probably guilty as hell of the disgusting crimes he is being accused of? I guess, however, it’s pretty hard to do an investigation when 114 files go missing. Hopefully Wiltshire police are serious about bringing down the ring.

If you enjoyed this report and like that we are giving the full picture unlike the MSM consider share this article or you can donate to We Are Change and become a patreon. We are an independent media organization funded by you for you we don’t answer to anyone but you together We Are Change.