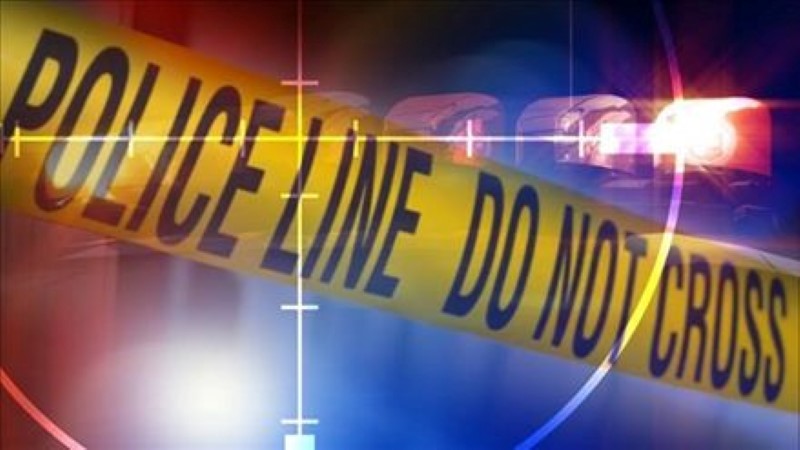 Police officers have been targeted across America in Missouri, Georgia, and Tennessee after the aftermath of the Texas massacre in downtown Dallas. These attacks are speculated to be in response to several police murders of Black men.

The Attack in Tennessee occurred just hours before the massacre in Texas that killed 5 police officers and injured seven. When according to official contradicting reports a lone gunmen Micah Xavier Johnson opened fire on police. Despite earlier reports which we live blogged that there was multiple shooters including a man who snuck up then shot a policemen caught on video.

The DHS has now publicly announced the attack was the efforts of a lone gunmen and that there were protesters who were legally carrying firearms at the protest arrested with no affiliation to the shooting which caused confusion.

Lakeem Keon Scott, 37 years old opened fire targeting white people on a highway Thursday just mere hours before the attacks occurred in Texas no connection is known according to the Tennessee Bureau of Investigation. The attacks were random Killing Jennifer Rooney (A Bristol Herald Courier newspaper carrier), Injuring – David Whitman Davis, Officer Matthew Cousins and Deborah Watts. The attacker was heavily armed with according to police a large amount of ammunition and an assault rifle and pistol.

Another attack after the Dallas shooting incident occurred in Valdosta, Georgia.
When Stephen Paul Beck, 22 years old called 911 reporting a “car break in” then ambushed and shot the officer when he arrived. Which ended in a shootout between the officer and suspect both were injured and are expected to survive. Although no motive is known for this attack at this time.

A third attack occurred in Ballwin, Missouri when Antonio Taylor, 31 years old ambushed and opened fire on a police officer stopping him for a routine traffic stop at around 11 a.m. injuring the officer. The officer is in critical yet stable condition.

As a result of all these individual actions against police, police are stepping up security for Black Lives Matter protest and in general in various departments across the U.S. including –
Washington, Boston, New York City, St. Louis, Philadelphia and Los Angeles County. Police Chiefs
called for police to ride in pairs while patrolling Thursday night.

Meanwhile on social media some people celebrated the police killings some danced and mocked police as video from JaredWyand shows.

Online extremist black groups like the New Black Panthers Party and Black Power Political Organization called for more attacks on officers. Both groups made threats to law enforcement personnel. But the Black Power Political Organization or BPPO took responsibility for the attack in Dallas and said more would follow that it’s “Black Knight” snipers were everywhere. Although, as of this writing authorities have not confirmed any asserted link to this organization and the shooter. 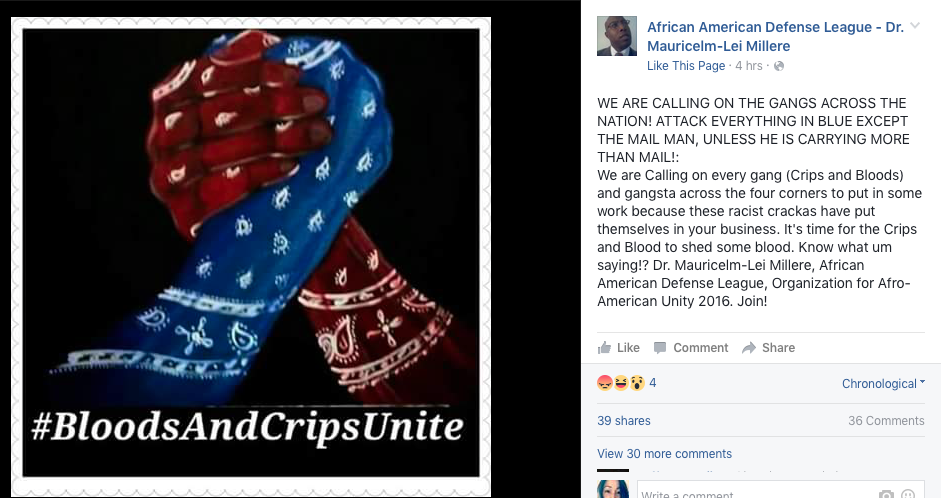 “WE ARE CALLING ON THE GANGS ACROSS THE NATION! ATTACK EVERYTHING IN BLUE EXCEPT THE MAIL MAN, UNLESS HE IS CARRYING MORE THAN MAIL! #BloodsAndCripsUnite”
~Dr. Mauricelm-Lei Millere, an advisor to the New Black Panther Party and head of the African American Defense League.

“We are Calling on every gang (Crips and Bloods) and gangsta across the four corners to put in some work because these racist crackas have put themselves in your business. It’s time for the Crips and Blood to shed some blood. Know what um saying!?”
~Dr. Mauricelm-Lei Millere, an advisor to the New Black Panther Party and head of the African American Defense League.

BLM has previously denounced violent action and groups like the New Black Panthers party. The Black Lives Matter group is dedicated to drawing peaceful attention and civil rights action to the growing problem of police brutality against minorities that has escalated over the past few years. BLM is about why black lives matter, it isn’t about how they’re better then white people or any people at all. It is about drawing attention to police violence against minorities that has spiked.

“The message of the New Black Panthers party goes against the entire movement of BLM, it’s sickening”
~BLM

When these types of events happen it only harms the movement as a whole. Several Black Lives Matter leaders responded to the Dallas shooting offering condolences and condemning the attack. Many saying all violence should be stopped.

Prayers for the victims of all violence tonight.

My heart hurts for the dead. We must end police & vigilante violence, before it destroys what democracy we have left. #DallasPoliceShooting

According to USA today 26 police have been killed so far in 2016 up 44% from 2015. Why is it a national tragedy when police are shot but when police shoot civilians its just an incident?

Six big high profile cases have plagued Black Americans – Michael Brown, Freddie Gray, Eric Garner, Tamir Rice, Walter Scott, and Sandra Bland. But there are way more in recent years and the problem all officers have been acquitted not one has been prosecuted.

We need urge unity at this time, urge people to remember that not all police are bad crooked cops and to remain peaceful divided we fall together we raise tall. This isn’t about all police it’s not fully a race issue its an ethical issue with the way cops choose to handle themselves and treat people in general. The only thing that will stop this will be if cops are held accountable for their actions We Are Change fight for reform even police admit that there is problems with police having a quota system and rampant corruption.

Even cops are coming forward to admit the corruption. pic.twitter.com/O9IQ43d2vs