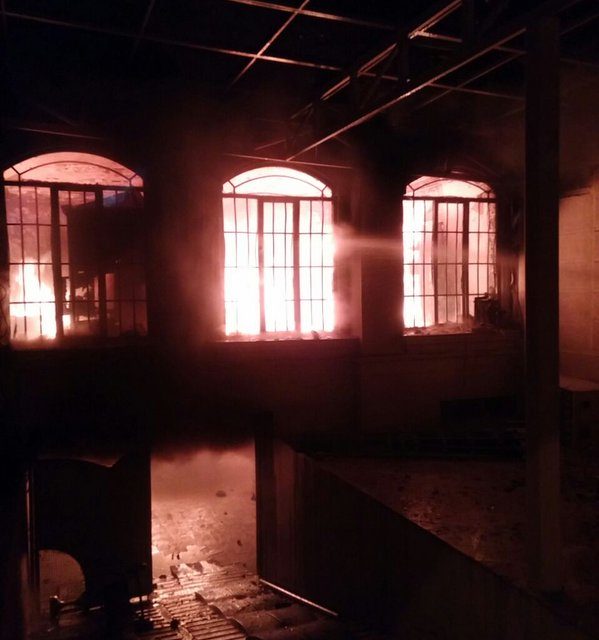 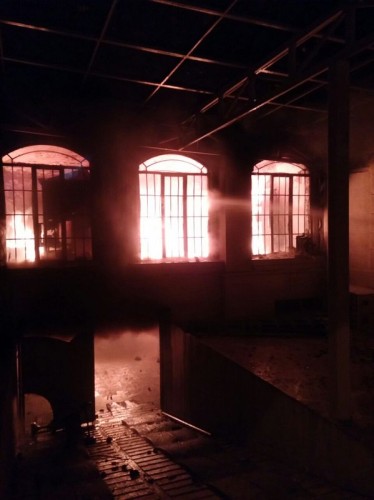 Iranian protesters broke into the Saudi embassy in Tehran after launching several Molotov cocktails into the building. The rally in front of the embassy was triggered by Riyadh’s execution of a prominent Shiite cleric.
Footage uploaded on Twitter showed angry Iranian protesters pillaging the ground floor of the Saudi embassy, tearing apart furniture, flags, and documents. It was then engulfed in one big blaze, seemingly after the angry mob, outraged over the Saudi execution of prominent Shiite cleric Sheikh al-Nimr, threw Molotov cocktails at the building.

One of the protesters was also pictured holding a torn Saudi flag, which was reportedly brought down at the compound, outside the embassy.

Police eventually resorted to tear gas to scatter the protesters and managed to force the crowd out of the building and cordon it off again.

There were no immediate reports of casualties or injuries due to the violence. Photos from inside the ravaged ground floor appear to show it is now empty.

Earlier, images of fire breaking out at the embassy building were shared on Twitter. A Mehr editor has reported a gas explosion, while photos from the scene show the building engulfed in flames.
Iran’s security forces had cordoned off the area around the embassy. Photos from the scene showed a heavy police presence.
Protesters gathered in several cities across Iran on Saturday angered by the Gulf kingdom’s execution of al-Nimr, who was put to death along with 46 other prisoners.

Nimr had been the most vocal critic of Saudi Arabia’s ruling family prior to mass protests that erupted in 2011. He called for regular demonstrations against the ruling elite. Shiites have long complained that they are victims of discrimination in the Sunni powerhouse. Nimr had often called for better protection for the country’s Shiite minority.

READ MORE: MidEast leaders lash out at Saudi Arabia over Shiite cleric’s execution, protests erupt
Protesters in the city of Mashhad in northwestern Iran gathered on Saturday near the Saudi consulate, throwing Molotov cocktails at the building. Photos showed several protesters trying to climb the fence around the building. There were reportedly some clashes with police.
The predominately Shiite Iran has bashed Riyadh, accusing the Kingdom of supporting terrorism and executing its opponents. Iran said it has summoned the Saudi charge d’affaires in Tehran.

In the wake of the execution, Iranian lawmakers asked the Foreign Ministry to downgrade diplomatic ties with the Saudi government, FARS news agency reported. They proposed reducing the number of Saudi diplomats and consulates in Iran.

In turn, Saudi Arabia summoned the Iranian ambassador in Riyadh over Iran’s “hostile” remarks on executions, according to the state news agency SPA.

The ministry expressed “astonishment and its utter rejection of these hostile statements, which it deemed a blatant intervention in the kingdom’s affairs.”