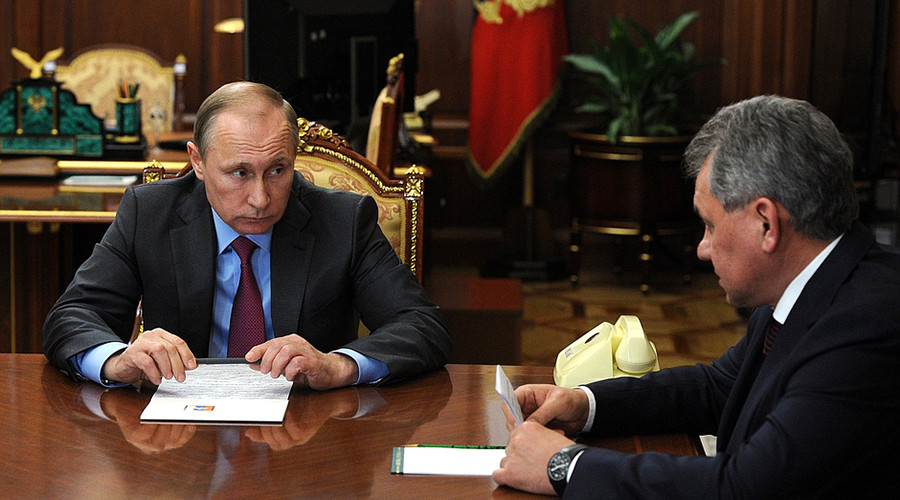 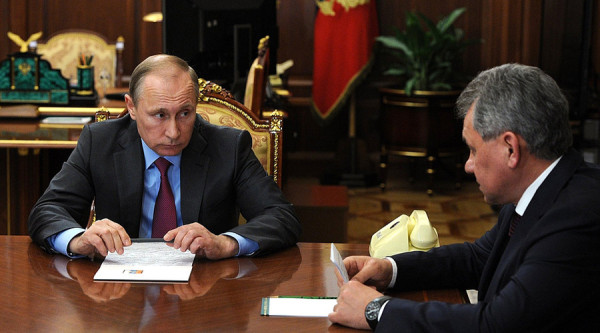 Russian President Vladimir Putin has ordered Defense Minister Sergey Shoigu to start the withdrawal of forces from Syria starting Tuesday. Russia will however keep a military presence at the port of Tartus and at the Khmeimim airbase to observe ceasefire agreements.
“I consider the objectives that have been set for the Defense Ministry to be generally accomplished. That is why I order to start withdrawal of the main part of our military group from the territory of the Syrian Arab Republic starting from tomorrow,” Putin said on Monday during a meeting with Shoigu and Russian Foreign Minister Sergey Lavrov.

“In a short period of time Russia has created a small but very effective military group [in Syria]… the effective work of our military allowed the peace process to begin,” Putin said, adding that with the assistance of the Russian Air Force “Syrian government troops and patriotic forces have changed the situation in the fight with international terrorism and have ceased the initiative.”
To control the observation of ceasefire agreements in the region, Moscow will keep its Khmeimim airbase in Latakia province and a base at the port of Tartus, Putin said.

The bases “must be effectively secured from onshore, offshore and from the air,” Putin said, adding that Russia has had this military group in Syria for many years.

The two leaders agreed that the actions of Russia’s Air Force in Syria have allowed them to “profoundly reverse the situation” in connection to fighting terrorists in the region, having “disorganized militants’ infrastructure and inflicted fundamental damage upon them.”

READ MORE: Russia, US truce initiative in Syria ‘may be last chance to stop violence’ – opposition

Bashar Assad has recognized the “professionalism, courage and heroism” of Russian Army soldiers and officers, who have taken part in the military action, thanking Russia not only for extensive help in the fight against terrorism, but also for providing humanitarian aid and assistance to the Syrian civilian population.

The Syrian leader also stressed its readiness to engage in the political process in Syria as soon as possible, the Kremlin said.

Read more
The crew of a Russian Su-30 fighter prepare to take off at Hmeimim aerodrome in Syria. © Dmitriy Vinogradov‘Efficient, accurate’: Russian air warfare in Syria praised in classified NATO report
Russia’s president also addressed his foreign minister. He had tasked Lavrov with intensifying Russia’s participation in the peace process to solve the Syrian crisis, the Kremlin reported.

“I hope that today’s decision will be a good signal for all sides of the conflict [and that] it will significantly increase the level of trust for all participants of the peace process in Syria and provide for peaceful means to solve the Syrian issue,” Putin concluded.

Moscow launched its anti-terror campaign in Syria on September 30 last year. Russia’s participation in the operation, according to a previous statement by Putin, has its basis in international law and has been conducted “in accordance with an official request from the president of the Syrian Arab Republic [Bashar Assad].”

The Russian Air Force has been carrying out airstrikes against Islamic State (IS, formerly ISIS/ISIL) and other terrorist targets in the region, eliminating military equipment, communication centers, vehicles, arms and fuel depots.