Russian President Putin Meets With U.S. Secretary Of State Rex Tillerson After He Warned Of A Falseflag On Syria 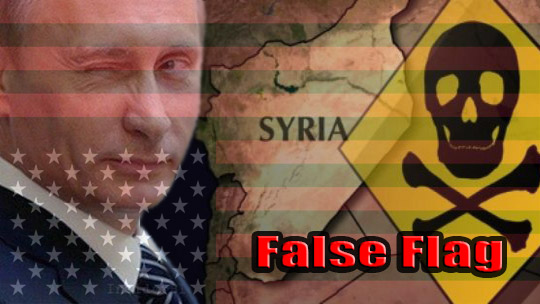 Despite rumors to the contrary, Vladimir Putin is meeting with Secretary of State Rex Tillerson today in Moscow. One of the topics discussed is expected to be Syria, but as RT notes, the Russian presidential spokesman did not disclose what was discussed when talking to the press.

This comes after several news sources, mainstream, alternative and even local Russian outlets, have reported that Putin is predicting a ‘false-flag’ attack on Syria. According to the Moscow Times, Putin has said:

“We have information from different sources that similar provocations — this is the only word for it — are being prepared in different regions of Syria, including in the southern suburbs of Damascus, where they’re planning to spread some kind of substance and blame Syrian officials for using it,”

Putin says Syrian rebels plan to frame Assad for future chemical weapons attacks. So be on the lookout for that. https://t.co/3gRkdzFWdi pic.twitter.com/35GlyT9Z6U

RT also confirmed this quote, although translated slightly different. Apparently, Putin has suggested that the airstrikes in Syria resemble the events of 2003, when the U.S. invaded Iraq on unproven claims that Saddam Hussein housed WMDs.

Putin has reported stating his intent of conducting an investigation of the chemical attacks in Syria, wanting to furthermore address the situation in the UN saying:

“We are planning to address the corresponding UN structure in The Hague and call on the international community to thoroughly investigate all those reports and take appropriate action based on the results of such a probe.”

Several U.S. officials have stated that they are prepared to take more action against Syria. UN ambassador for the United States, Nikki Haley stated during the UNSC emergency meeting that:

“There are times when states are compelled to take their own action. The indiscriminate use of chemical weapons against innocent civilians is one of those times… The United States will no longer wait for Assad to use chemical weapons without any consequences, those days are over… The United States took a very measured step last night, we are prepared to do more, but we hope that will not be necessary”

“The president retains the option to act in Syria against the Assad regime whenever it is in the national interest, as was determined following that government’s use of chemical weapons against its own citizens. And as the President has repeatedly made clear, he will not be telegraphing his military responses,” Spicer said, also stating that “we hold open the possibility of future action.”

Since it appears that Putin has called out the United States for supporting a potential future false-flag in Syria, it is now time to keep our eyes open as the events unfold. In the days to come, we can only hope that the war in Syria remains in the press briefing room, and not on the battlefield.