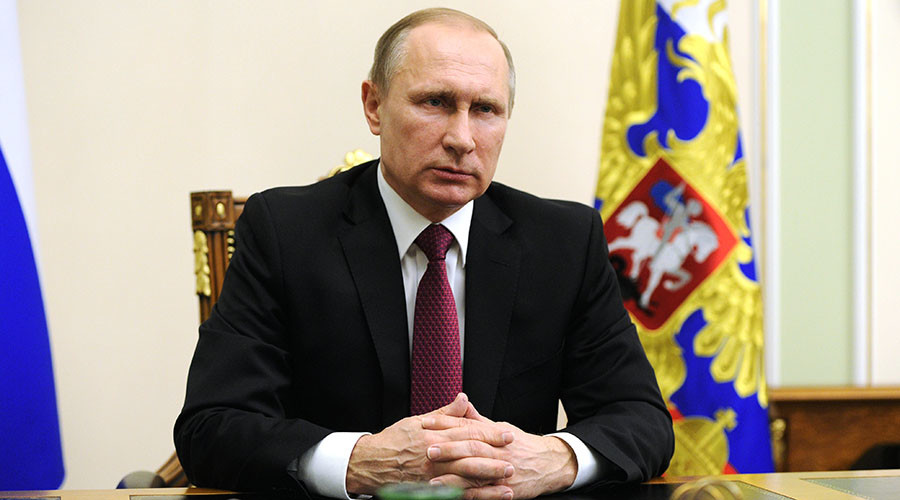 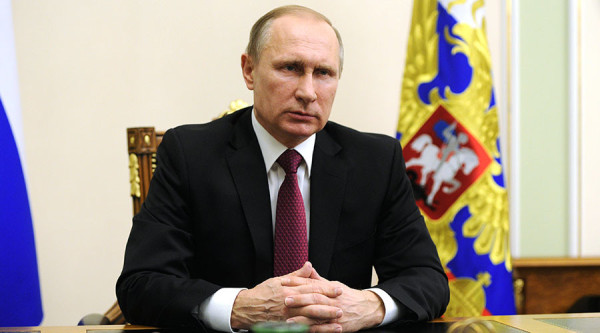 A ceasefire in Syria will come into effect on February 27, Russia’s President, Vladimir Putin, said in a special address, in which he also expressed hope that all of the warring parties will support the action plan agreed upon by Moscow and Washington.
The statement was first published on the Kremlin’s official website on Monday. This is the full text:

I just had a telephone conversation with President of the United States of America Barack Obama. The phone call was initiated by the Russian side, but the interest was certainly mutual.

During our conversation, we approved joint statements of Russia and the US, as co-chairs of the ISSG, on the cessation of hostilities in Syria. Adoption of the statement was preceded by intensive work by Russian and American experts. We also made use of the positive experience we accumulated over the course of cooperation in eliminating chemical weapons in Syria.

Read more
© Alaa Al-FaqirCeasefire in Syria to commence at midnight on Feb. 27 – Russia & US
Our negotiators held several rounds of closed consultations. As a result, we were able to reach an important, specific result. It was agreed that the cessation of hostilities in Syria commences at 00:00 (Damascus time) on February 27, 2016 on terms and conditions that are a part of the Russian-American statement.

The essence of these conditions is as follows: by 12:00 pm on February 26, 2016, all parties warring in Syria must indicate to the Russian Federation or our American partners their commitment to the cessation of hostilities. Russian and American troops will jointly delineate the territories where these groups are active. No military action will be taken against them by the Armed Forces of the Syrian Arab Republic, Russian Armed Forces and the US-led coalition. In turn, the opposition will cease all military action against the Armed Forces of the Syrian Arab Republic and other groups supporting them.

ISIS, Jabhat Al-Nursa, and other terrorist organisations designated by the United Nations Security Council, are excluded from the cessation of hostilities. Strikes against them will continue.

It is fundamentally important that Russia and the US, as co-chairs of the ISSG, are prepared to launch effective mechanisms to promote and monitor compliance with the ceasefire by both the Syrian Government and the armed opposition groups.

To achieve this goal, we will establish a communication hotline and, if necessary, a working group to exchange relevant information. Russia will conduct the necessary work with Damascus and the legitimate Syrian leadership. We expect that the United States will do the same with regard to their allies and the groups they support.
I am sure that the joint actions agreed upon with the American side will be enough to radically reverse the crisis situation in Syria. We are finally seeing a real chance to bring an end to the long-standing bloodshed and violence. As a result, humanitarian access to all Syrian citizens in need should be made easier.

Most important is the creation of conditions for launching a long-term political process through a broad inter-Syrian dialogue in Geneva, under the auspices of the UN.

Unfortunately, recent history has many examples where one-sided actions not sanctioned by the UN, which favour short-term political or opportunistic interests, have led to dramatic results. These examples are on everyone’s lips: Somalia, Iraq, Libya, Yemen.

Against this background, Russian-American agreements on the cessation of hostilities in Syria, and their joint implementation in coordination with all nations participating in the International Syria Support Group, can become an example of responsible actions the global community takes against the threat of terrorism, which are based on international law and UN principles.

I would like to hope that the Syrian leadership and all our partners in the region and beyond will support the set of actions chosen by representatives of Russia and the US.