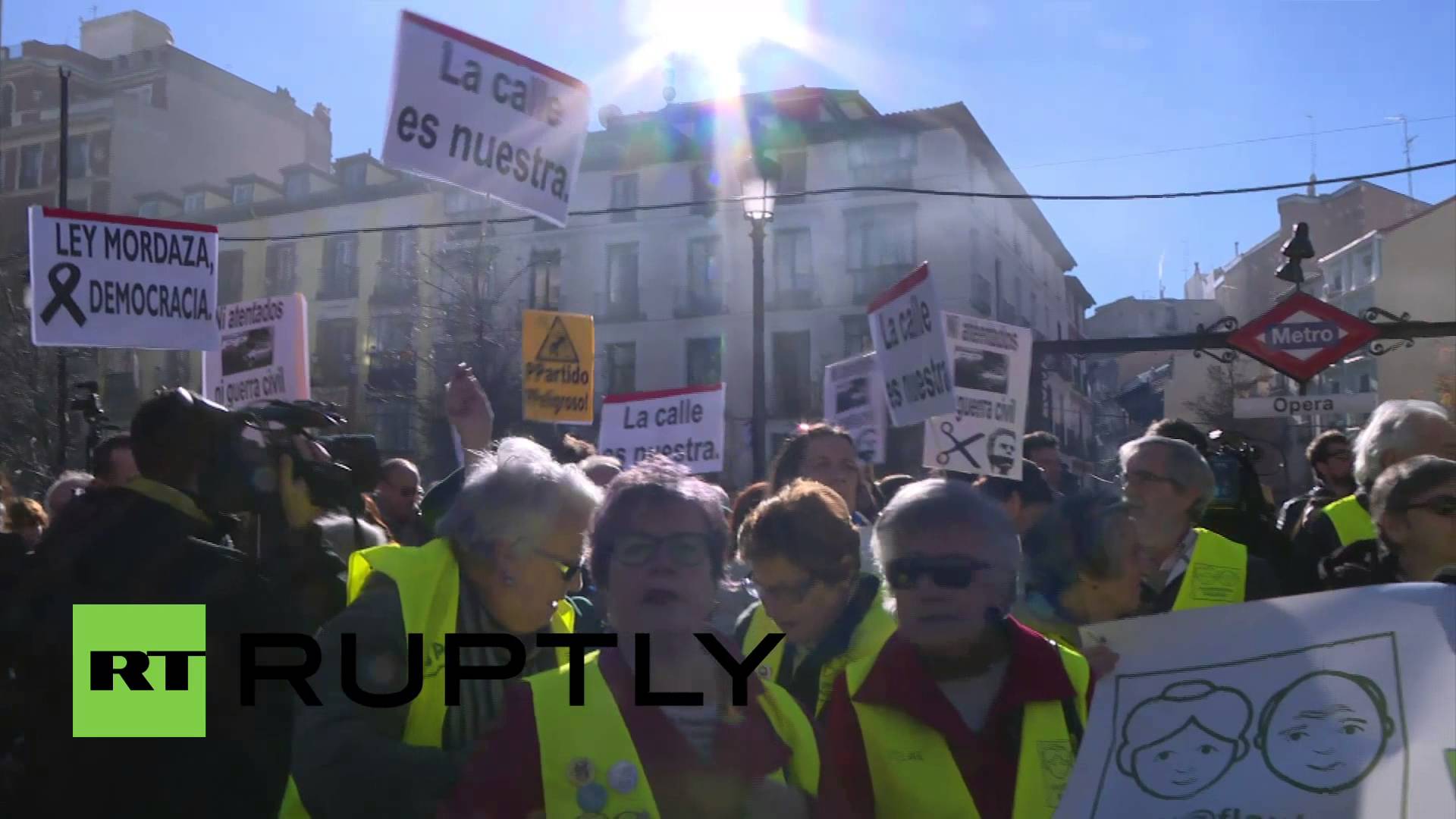 More than 30 cities in Spain have expressed their anger over the so-called ‘gag’ legislation that criminalizes social protest and, demonstrators say, curbs the freedom of expression.

The slogan of the movement is “Gag Law, why do they want to shut us up?” and unites several groups of citizens spearheaded by the “We Are Not Criminals” civil platform.

The demonstrators also believe that the legislation would allow the deportation of immigrants. “No Human is Illegal,” was another of the slogans of the demonstrations.

In Madrid, police have cracked down on the protest after checking the participants’ IDs. Security has been stepped up in the areas where the rally took place.

A local orchestra played and people sang during the Madrid demonstration. “When the people rise, it is a voice no one can stop. Do you feel the strength of the singing that they will not submit?” one of its verses said.

In Catalonia, protesters were wearing T-shirts reading, “Why should we shut up if we were born screaming?”

The Barcelona rally saw around 12,000 people participating, according to estimates.