The real Reasons why Gaddafi Was Killed 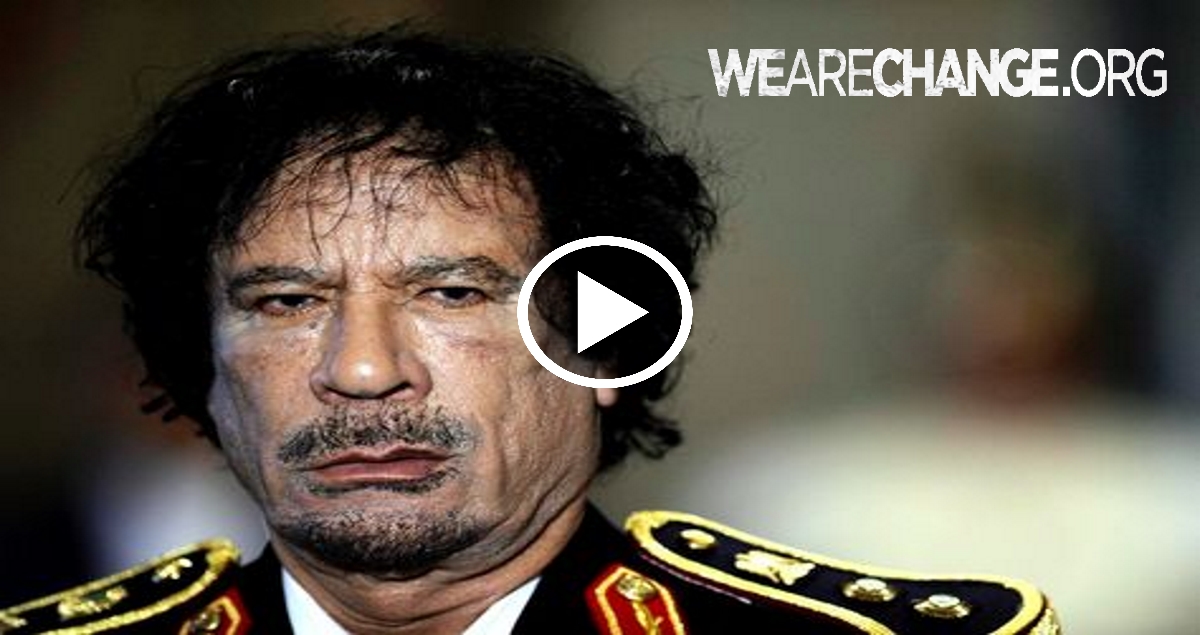 The recent Hillary Clinton email leaks have opened a can of worms everywhere including in Africa. Wikileaks released an unclassified U.S. Department of State document emailed to Clinton, dated April 2, 2011. Sidney Blumenthal, the sender of the email confirmed what the world already suspected. Gaddafi was not killed for humanitarian purposes but for the oil and for money. His ideas of an African gold-backed currency were his major undoing.

In April 2011, then President of the World Bank, Robert Bruce Zoellick spoke at a panel discussion about how he hoped the World Bank would have some sort of role in the reconstruction of Libya along with other countries.

To the ordinary person, this was the World Bank hoping to come in to help a failing state but to Economist John Perkins, the World Bank was not to be considered as fulfilling its supposed mandate. It was in actual fact a U.S. bank together with its sibling, the IMF. The United States controls about 16% of the World Bank while the second largest member, Japan has a paltry 7%. The United States again has around 17% voting rights in the International Monetary Fund. His point was that these institutions were and still are extensions of the Western foreign policy.

“So, we might ask ourselves: What happens when a “rogue” country threatens to bring the banking system that benefits the corporatocracy to its knees?” he asked later saying the Western empire has a standing army (NATO) to violently protect its position.

Libya was the “rogue” nation but the question is: Just what did Gaddafi have in mind?

According to the IMF, Libya’s Central Bank is 100% state owned and in 2011, it was estimated to have 144 tons of gold in its vaults. Muammar Gaddafi’s plan was to introduce a gold-backed currency which he hoped African and Muslim nations would adopt. He felt it could rival the euro and the dollar, and rightly so too.

Sidney Blumenthal, in his email to Hillary Clinton confirmed, “Gaddafi’s government holds 143 tons of gold, and a similar amount in silver. During late March, 2011 these stocks were moved to SABHA (south west in the direction of the Libyan border with Niger and Chad); taken from the vaults of the Libyan Central Bank in Tripoli.”

He went on to say the gold and silver was valued at $7 billion and was one of the reasons Nicolas Sarkozy embarked on a French attack of Libya.

“Sarkozy’s plans are driven by the following issues:

a. A desire to gain a greater share of Libya oil production,

d. Provide the French military with an opportunity to reassert its position in the world,

e. Address the concern of his advisors over Qaddafi’s long term plans to supplant France as the dominant power in, Francophone Africa,” wrote Blumenthal.

If Gaddafi had succeeded, the United States of America and Europe would have been forced to buy oil and minerals in the gold backed currency thus tipping the scales. This was a horror the West dared not experience. The situation would have been a more lethal re-enactment of Saddam Hussein’s currency wars when he supported the new Euro currency at the expense of the United States Dollar. At this point, the U.S. was highly insecure about the effects of the new currency to its economy. Hussein’s decision to sell oil in the then new currency was a blow to the U.S. worsened by the proclamation that the dollar was the “currency of the enemy”. Currency wars have therefore been a fact of history with the Hussein situation being a peculiar intra-Western conflict that culminated in the Middle East instability promulgated by U.S. interventionist policies. That Gaddafi would be killed for planning to introduce an African currency to the fray is not surprising but that does not make it acceptable.

The leaked Clinton email has far-reaching implications on the fluid state of post-colonial relations with the West. If anything, it is an eye-opener. Where Africa seeks to build an independent economic structure, the West is seen to try and derail those plans so as to retain its primacy in world affairs.

With regard to the creation of a new currency, Ministry of Peace Founder, Dr James Thring said, “It’s one of those things that you have to plan almost in secret, because as soon as you say you’re going to change over from the dollar to something else, you’re going to be targeted.”

And Gaddafi was targeted. He may not have been the most democratic leader in the world but Libyan citizens had arguably the best way of life in Africa. His plan of action (without the human rights violations) should be a blueprint for African development.

This article was first published in The African Exponent