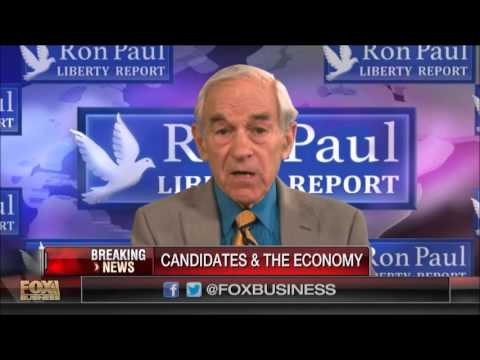 (ANTIMEDIA) Former congressman Ron Paul is outspoken. When he retired from Congress, he called lawmakers psychopathic authoritarians to their faces. He’s also called Donald Trump an authoritarian and asserted Hillary Clinton could have run as a Republican. And just last week, Paul took aim at the [very foundation ] of American ‘democracy.’

In a recent episode of his web show, the Liberty Report, Ron Paul discussed the Department of Homeland Security’s decision last month to take a more active role in U.S. elections. Secretary Jeh Johnson said he was “considering whether elections should be classified as ‘critical infrastructure,’ affording them the same kinds of enhanced protections that the banking system and the electrical grid receive,” POLITICO reported.

The potential move came on the heels of the notorious DNC leak in July, which exposed intentions within the Democratic Party to manipulate the primary race against Senator Bernie Sanders. Politicians and the media quickly blamed the hack on Russia, failing to cite conclusive proof of their allegations yet spawning the narrative that the Kremlin and other foreign threats could compromise U.S. elections.

On his show, Paul took issue with the notion that the Department of Homeland Security, an agency riddled withincompetence and failed objectives — case in point, the TSA — is capable of securing U.S. elections.

Speaking on DHS’s decision to become more involved in the process following the DNC hack, Ron Paul offered a scathing indictment of the federal organization, arguing it will capitalize on troubling events to seize power:

“They may have false flags and they may do a lot of things, but no matter how an emergency comes up, they’re going to make use of it. And the use of it isn’t to say ‘Hey, how are we going to protect the American people?’ Are they worrying, when they talk about doing something about rigged elections, [that] the votes are counted? No, they’re making sure that the votes aren’t counted and they’re irrelevant and the government has all this power.”

Ron Paul speaks about rigged elections from personal experience. In 2012, when he ran for president within the Republican Party, he was silenced by the media and the political establishment. Primaries and caucuses in Maine and other states showed irregularities, and at more than one caucus event, the lights were simply turned off when Paul supporters stood up to Republican leadership. At another caucus, police assaulted and arrested them.

“The elections don’t matter. This is a ritual that we go through,” Paul observed last week. Instead, he referenced a seemingly omnipotent power much more influential than the ‘will of the people.’

“My belief is that the control is the Deep State, and people have to realize that,” he said.

Michael Lofgren, a former Republican congressional aide, has written extensively on the Deep State and describes it as “a hybrid entity of public and private institutions ruling the country according to consistent patterns in season and out, connected to, but only intermittently controlled by, the visible state whose leaders we choose.”

Lofgren notes the financial system is also under the influence of the Deep State and that certain areas of the judicial system, namely, the secretive Foreign Intelligence Surveillance Court, are manipulated by the opaque, shadowy apparatus.

“Those powers are already there and I think those individuals who are behind the scenes who really find out what the policies are going to be, regardless of who’s in office, know exactly what we argue: that this place, our country, and our financial system and foreign policy is very precarious and something terrible is going to happen.”

One of those things, he argued, is the continued usurpation of civil liberties:

“This is where the real enemy is right now. Sure, we have to have a national defense. But I don’t agitate and read and study and try to change people’s minds because I think somebody is going to invade us. I want to change foreign policy so we are less in danger. But really, the greatest danger since 9/11 has been the taking away of our liberties. Our civil liberties have been undermined. This will only add fuel to the problems we have already.”

“We do accept the notion that our elections are rigged, but we certainly don’t come down on the side of believing that the Department of Homeland Security and the TSA will unrig our elections.”

“It is a distressing thing to think that — [this is probably a] true statement — no matter what you do [with] your vote, whether you vote or not, the Deep State is in charge and that is what we have to deal with.”

“But it is good to be politically active, to preach this message, to show people exactly what the government’s doing to us and why we should be involved.”

This article (Ron Paul: Vote All You Want, the Secret Government Won’t Change) is free and open source. You have permission to republish this article under a Creative Commons license with attribution to Carey Wedler and theAntiMedia.org. Anti-Media Radioairs weeknights at 11 pm Eastern/8 pm Pacific. If you spot a typo, please email the error and name of the article to edits@theantimedia.org.