Russia Goes Off! Blasts Multiple European Nations For ‘Grossly Interfering’ In US Election 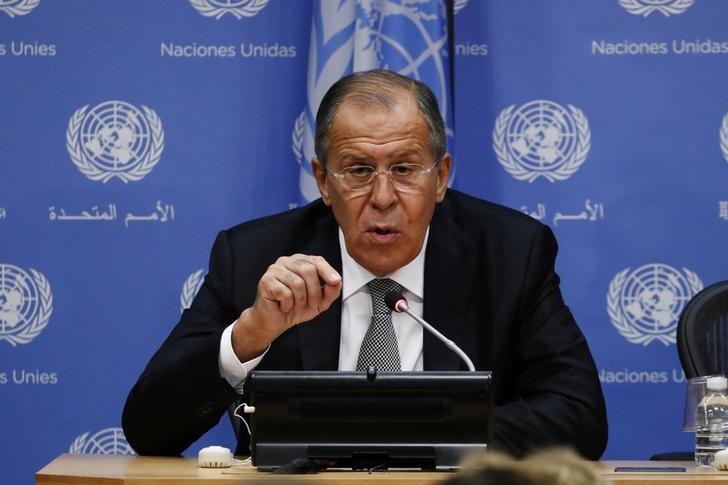 (ZeroHedge) Having listened stoically for the past two months to accusations without evidence that Moscow “hacked the US election”, and that Hillary’s loss was indirectly due to Putin’s alleged meddling, which resulted in Obama’s expulsion of 35 Russian diplomats, on Wednesday Russian Foreign Minister Sergey Lavrov finally snapped, and lashed out at the ongoing US election scapegoating fiasco, saying that leaders and top officials from the UK, Germany, and France have “grossly interfered” in US internal affairs, “campaigned” for Hillary Clinton, and openly “demonized” Donald Trump.

Unlike US accusations of Russian interference, at least Lavrov’s claim can be substantiated with a simple google search of news event in mid to late 2016.

Speaking during a press conference following a meeting with his Austrian counterpart Sebastian Kurz, Lavrov said his angry outburst was because Moscow “is tired” of accusations it meddled in the US election. In fact, Lavrov said, it is time to “acknowledge the fact” that it was the other way around.

“US allies have grossly interfered in America’s internal affairs, in the election campaign,” Lavrov said, quoted by RT.

“We noticed that Angela Merkel, Francois Hollande, Theresa May, and other European leaders” did so. He added that official representatives of some of the European countries did not mince words, and essentially “demonized” Donald Trump during the election campaign.

Among the more vivid examples, last August German Foreign Minister Frank Walther Steinmeier called Trump a “hate preacher.” Reacting to Trump’s statement that parts of London are ‘no-go areas,’ UK Foreign Secretary Boris Johnson said in December that Trump is “unfit” to be US president. Later on, however, Johnson said that Trump’s presidency might be a “moment of opportunity.”

On the other hand, the Russian government has expressed its willingness to work with the US under Donald Trump, Lavrov said. “Trump says that if the promotion of US national interests would lead to a chance of working with Russia, it would be foolish not to do that.”

“Our approach is the same: where our interests coincide, we should be and are ready to work together with the US as well as the EU and NATO,” the minister stressed.

Over the past year, Russia has been repeatedly accused by Washington of meddling in the US election. In January, the US Director of National Intelligence (ODNI) issued a report allegedly proving Moscow had its fingers in the US election campaign. The public was only provided, however, with a declassified part of the paper, which contained no solid evidence. Trump’s advisor on foreign policy during the campaign, Carter Page said that the paper was “speculative” and served “certain political theories.” The US media, citing CIA sources and unverified reports, even alleged that Moscow tried to aid Trump directly to secure his victory.  Trump has rebuffed the allegations, saying it was simply another “excuse” by the Democrats to explain the defeat of Hillary Clinton.

The demonization campaign culminated with last week’s release of a dossier, according to which Russia had “compromising” materials on Trump, suggesting the president-elect is a puppet for the Kremlin.

In response, yesterday Putin warned that he sees attempts in the United States to “delegitimize” Trump using “Maidan-style” methods previously used in Ukraine, and slammed the creators of the Trump report, saying “people who order fakes of the type now circulating against the U.S. president-elect, who concoct them and use them in a political battle, are worse than prostitutes because they don’t have any moral boundaries at all.”